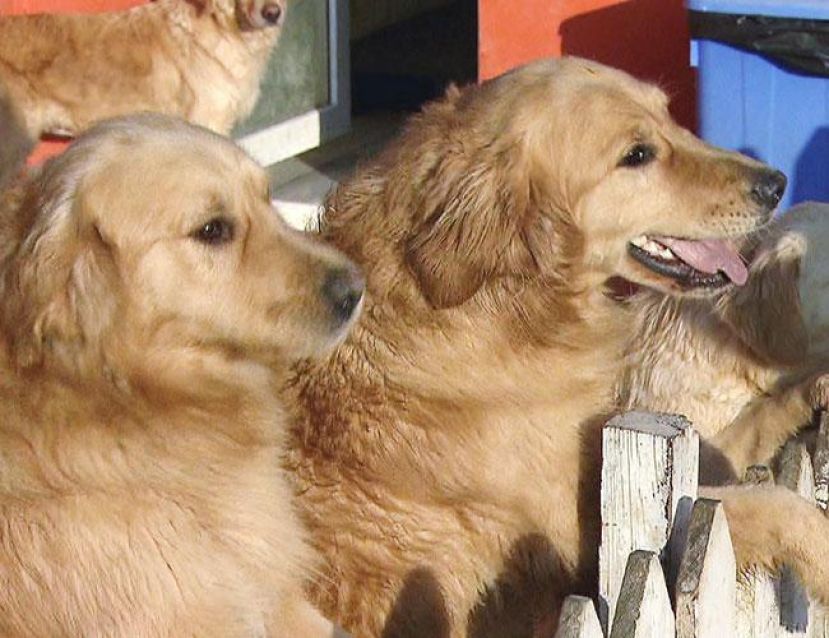 ST. LOUIS — Dog rescue groups in as many as 15 states in the U.S. are trying to find homes for the country of Turkey’s street dogs, including a group in St. Louis. Jan Knoche is the president of Love a Golden Rescue, a St. Louis volunteer organization that rescues golden retrievers. The group began working two years ago to transport and find new homes for Turkey’s street dogs, especially golden retrievers, KSDK-TV reported .

Turkey has many homeless dogs and not enough room in shelters for all of them, partially as a result of people buying puppies and then dumping them when they grow up, Knoche said.

“Because they do not euthanize in Turkey, the shelters have so many dogs that they spay/neuter them and then they have to let them go out on the street,” she said. “Since the fall of 2015, we’ve brought 30 dogs over (to St. Louis). They come and they don’t look so good when they get here and they turn into beautiful dogs.”

Carla and Michael Sloss adopted Augie in Missouri two months ago. Augie was one of the street dogs volunteers with Love a Golden Rescue brought back to the U.S.

“He comes all the way from Turkey and he even has his own passport,” Carla Sloss said.

Augie traveled 5,700 miles (9,173 kilometers), from Istanbul to Chicago, and then on to St. Louis. Carla Sloss initially worried that a dog raised in Turkey wouldn’t understand commands in English. AP

More in this category: « First Baptism in 150 Years At Turkish Church Pregnant Daphne Oz Shows Off Her 36-Week Bump As She Prepares For the Arrival of Baby Number 3 »