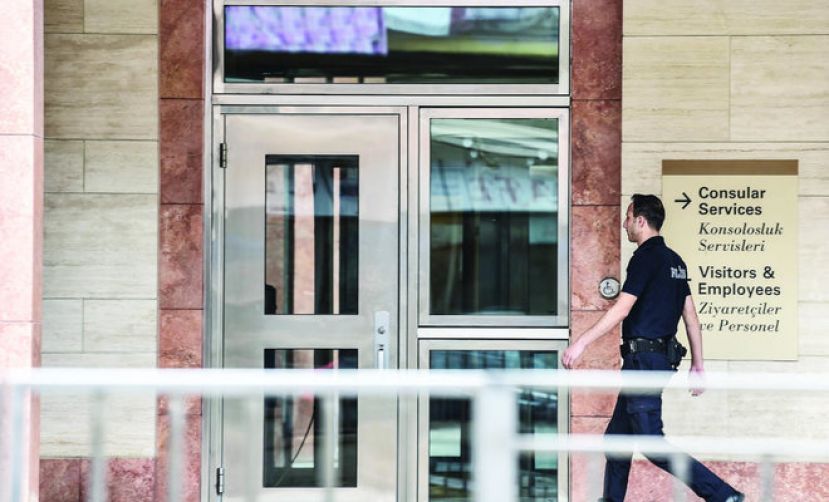 A US delegation from the State Department will travel to Turkey next week to discuss the ongoing crisis between the nations involving the arrest of US consulate employees and the suspension of visa services. Turkish government spokesman Bekir Bozdag told Haberturk television on Thursday that the two sides have agreed to work together on the crisis and that representatives will meet. Broadcaster NTV and other local media said Deputy Assistant Secretary of State Jonathan Cohen will lead the US delegation.

The move follows a phone call Wednesday between US?Secretary of State Rex Tillerson and Turkish Foreign Minister Mevlut Cavusoglu, the first high-level contact since the crisis erupted on Sunday.

"Secretary Tillerson conveyed to the Foreign Minister his profound concern over the detentions of Turkish national employees of our diplomatic mission to Turkey and of several American citizens," according to a US?statement released Wednesday.

Two US consulate employees are under arrest in Turkey, while a US Christian pastor has been in jail since last year, along with other US citizens. Bozdag indicated there would be a possibility for the US employee arrested last week to see a lawyer. Turkish officials have noted their own concerns, including Washington's decision to work with Syrian?Kurds in the war against Islamic State and the arrest in the US of a Turkish banker. The banker is accused of busting sanctions on Iran. Turkey also wants the US to extradite Fethullah Gulen, an Islamic cleric Ankara blames for last year's coup attempt.
(Copyright dpa)

More in this category: « What Americans Need to Know About Travel to Turkey Ban Ki Moon and Women in Power Define Empowerment With Their Renewed Pledge To ‘’Help a Woman Rise” »