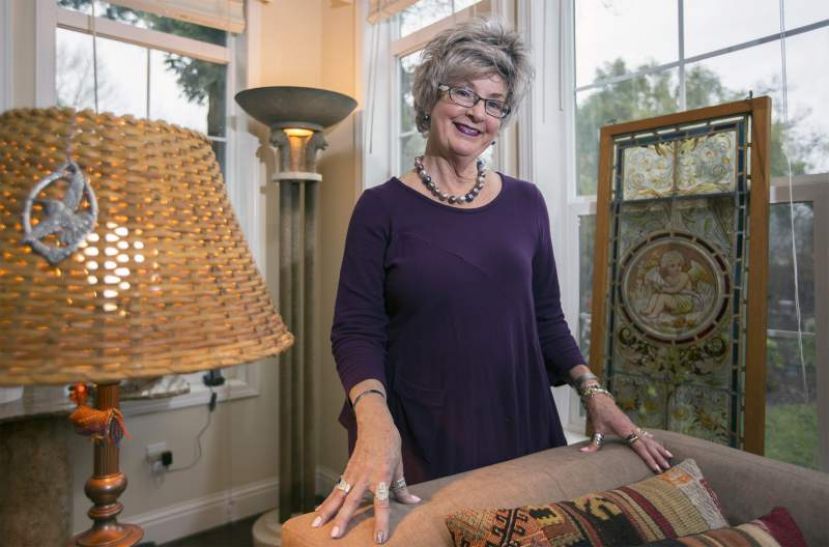 Photo by Robbi Pengelly / Index-Tribune) Her first trip to Turkey was the summer of 1980 to meet and care for her father in law Dr. Cevat Demil. Since than she is an advocate of Turkey.

She like many Americans did not have much knowledge of modern Turkey beyond the cursory study of the Ottoman Empire.  As a student at U.C. Davis, with an Indian and a Pakistani roommate, out of nowhere, she was drawn to Turkish cuisine (and still is!).  This was her only encounter with anything Turkish. That was about to be forever changed with her marriage to Attila Kocaaslan (Kaslan) thus beginning a lifelong love and study of Turkey, her people and culture.

Her first trip to Turkey was the summer of 1980 to meet and care for her father in law Dr. Cevat Demil. She explored all of then quaint and charming Birinci Levent, walked everywhere, absorbed as much as she could by bus, alone and with her new family and their friends.  It was a wonderful experience, but political tensions ran high and having been forewarned of impending changes, she left Istanbul for France on September 7, 1980.

Once back home, she became aware that students and their families who used to like here were becoming more aloof if not outright critical of her marriage to a Turk.  What could have happened? After all she was still the same person as before so ever curious and the consummate student she set out to learn what might have gone wrong.  This led her to write op-ed pieces, essentially stating that the Turks were relative new comers to the US and should be met, liked or disliked on their own merits, not what former Ottoman Empire passport holders and their descendants had to say. Then it began … the assassinations of Turkish diplomats and their families worldwide. And so did her increased involvement in all things Turkish, particularly her advocacy for the Turks in America to be recognized and heard.

In the meantime, her writings came to the attention of the Turkish government and on the second visit of Ambassador and Mrs. Şükrü Elekdağ, a new career was borne, that of Honorary Consul General of Turkey in the San Francisco Bay Area in 1984.

When asked to recount a memorable event she found that so much of what has transpired over the past 35 plus years has left its impression on her as Honorary Consul General as well as a member of the Board of Directors and the Board of Trustees of the Assembly of Turkish American Associations (ATAA). Consequently, she will highlight issues and events that immediately come to mind.

A retrospect of memories includes: