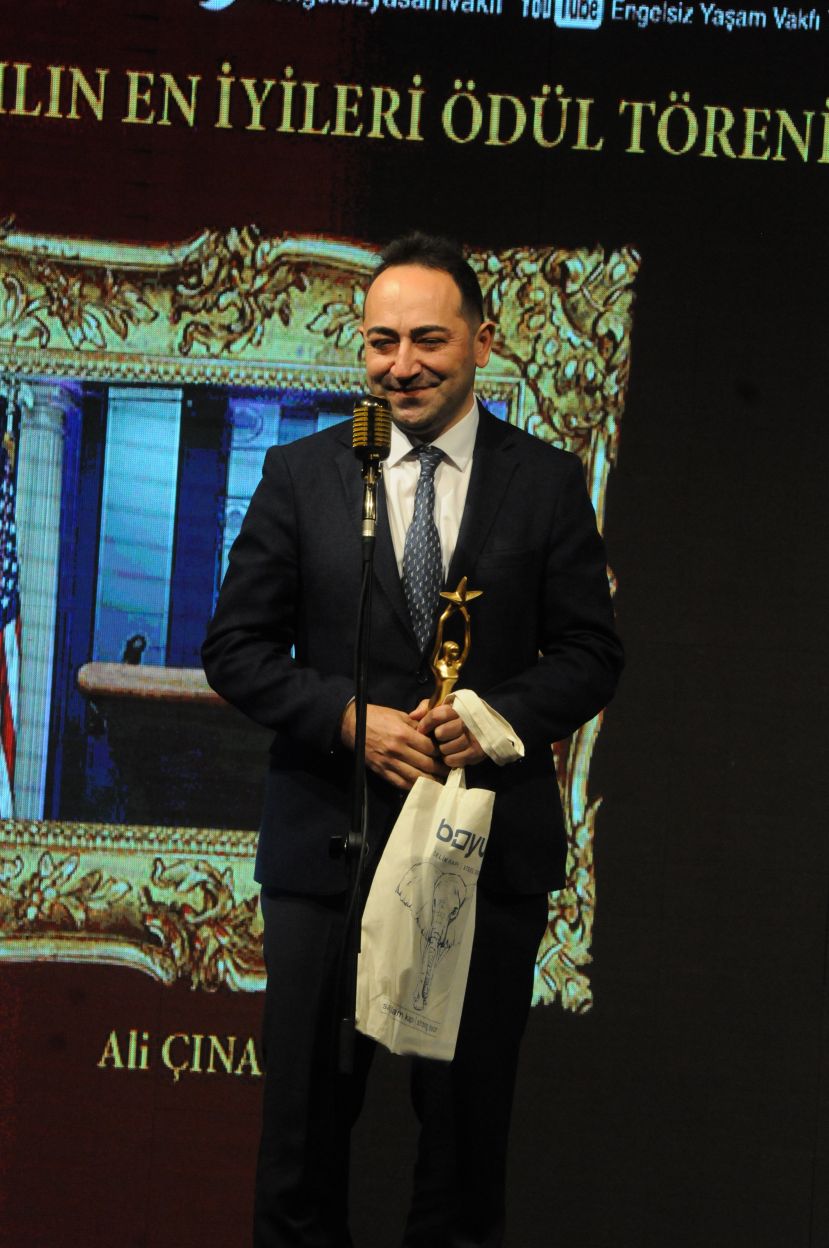 The Unimpeded Life Foundation has held its 12th Year Awards ceremony. Turk of America's journalist, Ali Çınar, was named " The Best Turkish-American Journalist of the Year in the USA". Ali Çınar, who has been broadcasting live from the field to many channels since the beginning of the COVID-19 pandemic, has been a key commentator to the Turkish media, with coverage including the 2020 Presidential elections. Ali Çınar has appeared on many channels, including Halk TV, KRT, Habertürk TV , Bloomberg HT, Fox TV,Haber Global and CNN Turk.

While many noteworthy people were attending the ceremony who were given awards, the guests were surprised by many significant and memorable events. Atilla Kaplakarslan, President of the Unimpeded Life Foundation, said, "The money raised from this beautiful and very important night will be used to help all those who have an impediment." 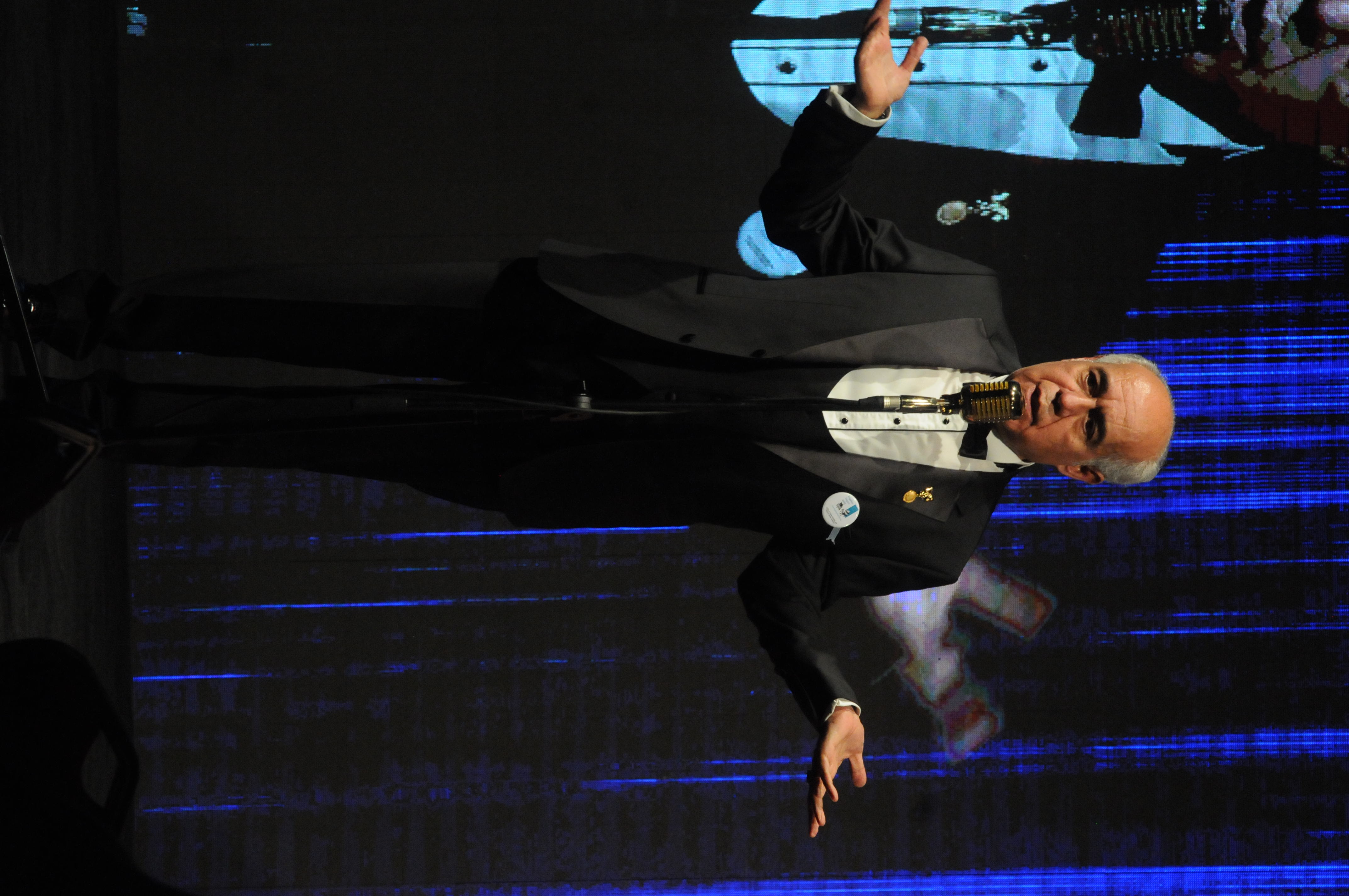 "Unimpeded Life Foundation's Best of the 12th Year Awards Ceremony" was held at Pullman Istanbul Hotel's Ballroom under the main sponsorship of Boyut Steel Door. Organized by Vizyon Production and the Bonart Agency, the award ceremony was hosted by Tayyar Işıksaçan and Ayça Kuru, and its Red Carpet interviews, conducted by the artist, Hilal Özdemir, were held following pandemic regulations with the support of the team from Bir Adım Sağlık. Many well-known names attended this magnificent ceremony in the ballroom, where social distancing rules were upheld by checking the HES codes of the guests, recording their temperatures, and using sanitizer.
Selda Alkor, Tamer Karadağlı, Serdar GÖKHAN, Uğur Dündar, Müjdat Gezen, and her daughter, Elif Gezen, Coşkun Sabah, Buket Aydın, and Pınar Deniz were present on behalf of their organization, with ten saplings planted in the afforestation area of Kayseri on behalf of each person and organization receiving an award from the Main Sponsor, Boyut Steel Door. Pınar Deniz, Kaan Urgancıoğlu, and Hüsnü Şenlendirici, well-known chefs from the program MasterChef, Somer Sivrioğlu and Italian chef, Danilo Zanna, Açelya Akkoyun, Şoray Uzun, Derya Freeci, Gülden Kalecik Demirtaş, Özgür Aras, and Canan Enderson were among those who attended the event.

Honorable awards are given to four influential persons

The awards for the best music, theatre, movie, TV, sports, entertainment, and business world were determined based on surveys conducted by the Foundation this year. Along with the most successful social responsibility projects of 2021, Müjdat Gezen, Uğur Dündar, Selda Alkor, and Serdar Gökhan, who have established a good name in their respective fields, were awarded the Lifetime Professional and Honor Awards.

Supporting disabled persons with an auction

During the auction held at this event, several interesting pieces of three sections were sold, making a great profit. An original issue of the newspaper, Milliyet Independence War, a 100,000 lira note signed by the late businessman Sakıp Sabancı, and a sample of the Address to Youth written in Atatürk's handwriting were bought by the philanthropic Turkish businessman living in Germany, Özkan Şen, also known as "Mr. Jade." Mr. Jade was also given the Foundation's Special Award for his charitable work.

• THE MOST CHARITABLE PERSON OF THE YEAR IN GERMANY / ÖZKAN ŞEN

BEST MOVIE OF THE YEAR

THE MOST SUCCESSFUL DIRECTOR

BEST CINEMA ACTRESS OF THE YEAR

BEST MOVIE ACTOR OF THE YEAR

BEST THEATER OF THE YEAR

MOST SUCCESSFUL DUET OF THE YEAR

Coşkun SABAH + Canan ÇAL / THE PRECIOUS OF MY HEART

THE MOST SUCCESSFUL MUSIC PROGRAM OF THE YEAR

BEST CHAT OF THE YEAR

BEST TV SERIES OF THE YEAR

BEST SERIES ACTRESS OF THE YEAR

BEST SERIES ACTOR OF THE YEAR

BEST NEWS CHANNEL OF THE YEAR

BEST TURKISH JOURNALIST OF THE YEAR IN USA

BEST DAYTIME PROGRAM OF THE YEAR

BEST COMEDY SERIES OF THE YEAR

THE MOST SUCCESSFUL COMEDY ACTOR OF THE 21st YEAR

THE MOST SUCCESSFUL COMEDY ACTOR OF THE 22nd YEAR

THE MOST SUCCESSFUL COMMUNICATION CONSULTANT OF THE 25TH YEAR

THE MOST SUCCESSFUL SPORTS PROGRAM OF THE 28TH YEAR

BEST BUSINESS HOTEL OF THE YEAR

THE MOST SUCCESSFUL HOSPITAL

THE MOST SUCCESSFUL KINDERGARTEN

BEST RESTAURANT OF THE YEAR

BEST CAR DEALER OF THE YEAR

BEST RESEARCH BOOK OF THE YEAR

THE CINEMA BOOK OF A Psychiatrist / Specialist Dr. Aslı AKTÜMEN

BEST CONSTRUCTION FIRM OF THE YEAR IN ÇANAKKALE

BEST BREAD.PASTA.CAFE OF THE YEAR

THE YOUNG ENTREPRENEUR BUSINESSMAN OF THE YEAR IN BURSA

THE BEST ARCHEOLOGY AND GEOTECHNOLOGY ENGINEERING COMPANY OF THE  YEAR 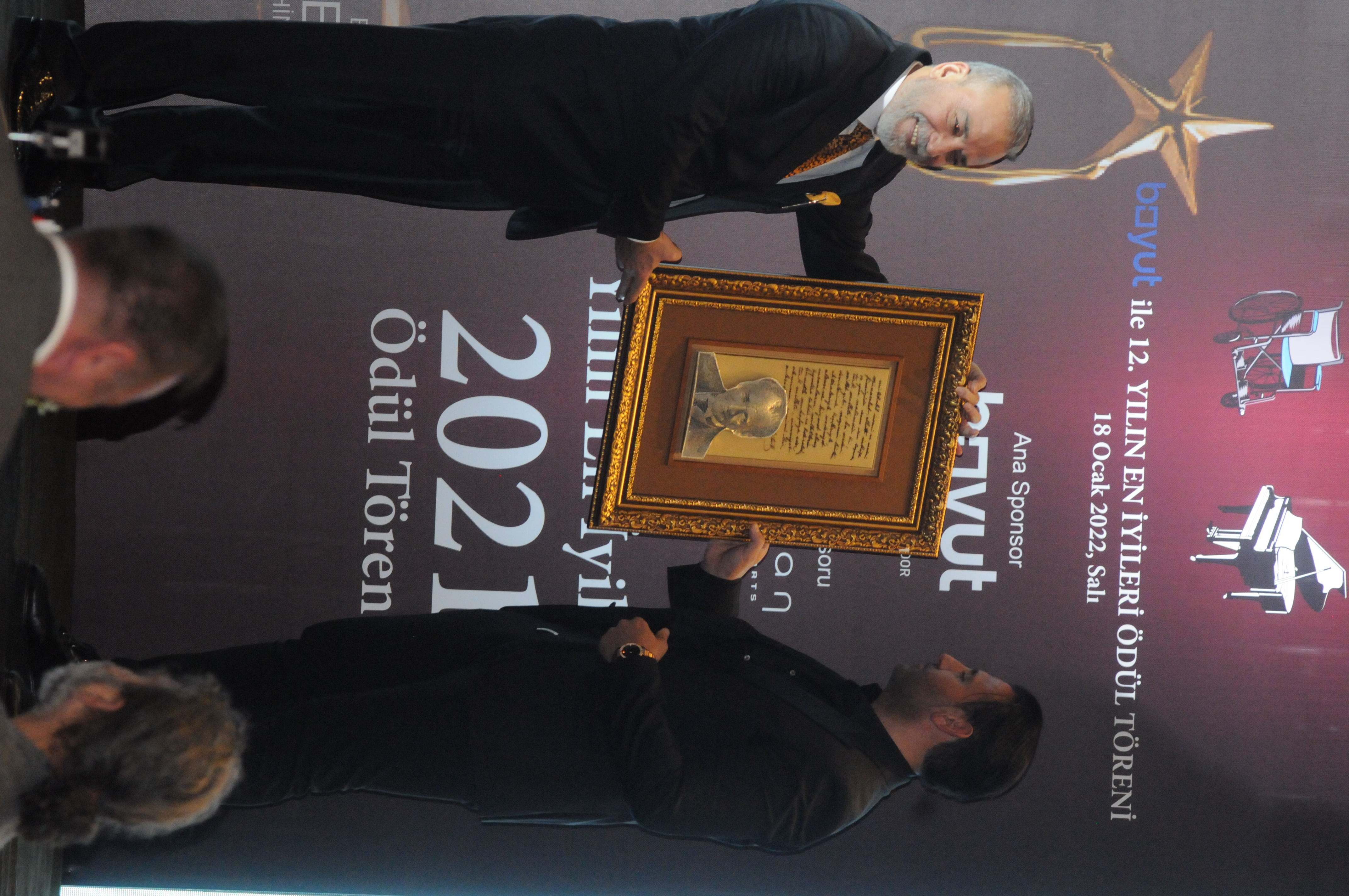