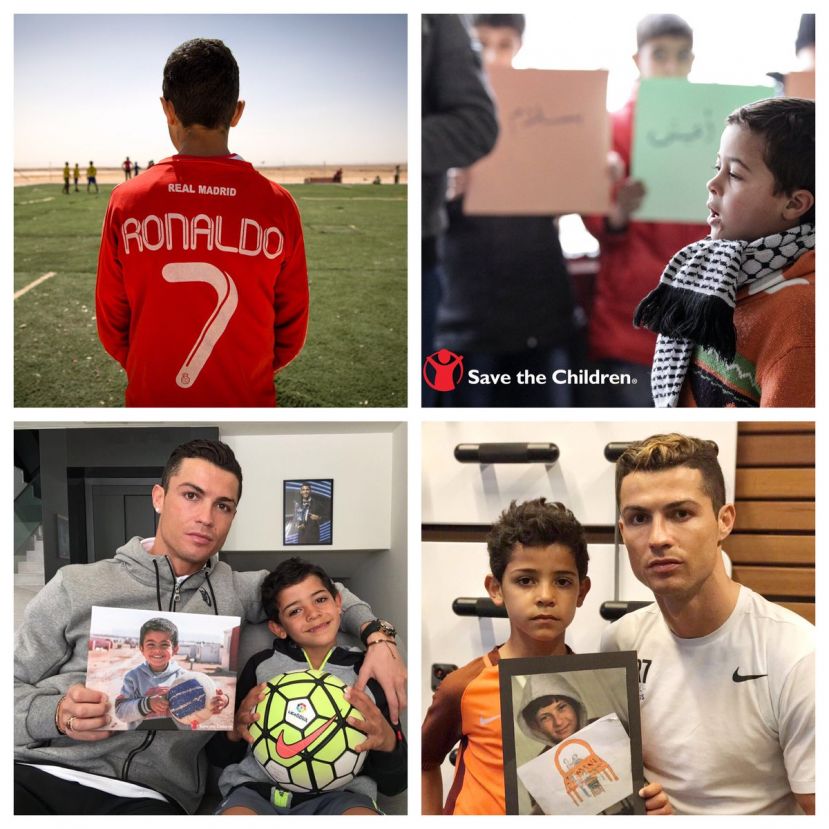 In a message posted on his Twitter account, Ronaldo said that although a lot can happen over the course of five years, nothing has changed for Syrian refugee kids.

"Don't forget about them," he added. This is not the first time Ronaldo takes action for children in the Middle East.

He previously posted a message saying that the children of Syria are the real heroes: "This is for the children of Syria. We know that you have been suffering a lot. I am a very famous player – but you are the true heroes. Don't lose your hope. The world is with you. We care about you. I am with you."

In 2015, he met the son of a Syrian father who was tripped by a Hungarian reporter as they were trying to cross the border to reach Europe. Also in the same year, he welcomed a little Lebanese boy, who was orphaned by a Daesh terrorist attack in Beirut. In 2016, Ronaldo met Ahmad Dawabsheh, a five-year-old Palestinian boy who was the only survivor of a family whose house was burned down by Israeli extremists. Ronaldo has also supported charities such as Save the Children and UNICEF. Source; Daily Sabah

More in this category: « Turkish Big Man Ersan Ilyasova Signs on with the Atlanta Hawks Being Muslim in the NBA »