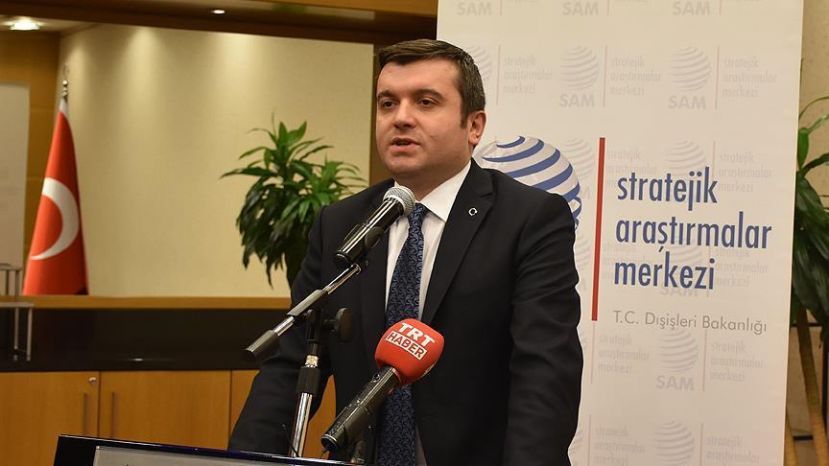 A group of Muslim academicians teaching at universities in the U.S. and Canada visited Turkey and attended a conference on Tuesday. Turkish Deputy Foreign Minister Yavuz Selim Kiran also attended the conference, which was jointly organized by Turkey's Center for Strategic Research (SAM) and Turken Foundation. Speaking at the conference Kiran said Turkey is closely following the U.S.’s investigation into Fetullah Terrorist Organization’s (FETO) activities. FETO and its U.S.-based leader Fetullah Gulen orchestrated the defeated coup of July 15, 2016 in Turkey, which left 251 people martyred and nearly 2,200 injured.

Ankara accuses FETO of being behind a long-running campaign to overthrow the state through the infiltration of Turkish institutions, particularly the military, police, and judiciary.
"We hope that the investigations will reveal the evil and unlawful attempts of this terror network," Yavuz Selim Kiran said at the conference. Kiran added that the FETO is continuing to "spread its poison" in the U.S. He said Turkey encourages all Muslim organizations in the U.S. to act in coordination. "We place utmost importance at increasing contacts between American Muslims and Turkey," the deputy foreign minister said. "We strongly believe that you will disseminate real message of Islam and its universal values, which is a religion of peace," he added.

"Turken Chaplain Bridges" project of Turken Foundation aims to introduce Turkish culture to Muslims in the universities of the U.S. and Canada. As part of the project which will continue till Jan. 2, 2019, the 40-member delegation arrived in Turkey.