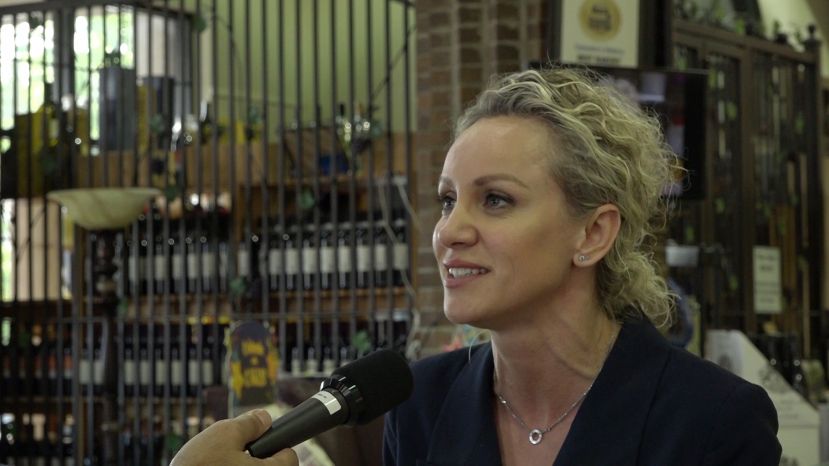 Cagatay Okutan Amide Turan who was a political science student dreaming of being a diplomat, all of a sudden found herself at Calandra’s that she, later on, became passionately attached to and felt like in a family environment.

The adventure that started at a small store, has become a giant that involved three bakeries, three hotels, two motels, three restaurants and, some real estate companies for over half a century. Calandra’s’ bakeries are active today in Caldwell and Fairfield, New Jersey as well as Newark. Calandra family also offers its own production of olive oils, coffee, spaghetti, wine and sausages to the customers.

After she started working as a salesperson at Calandra’s, she witnessed someday that family's second-generation member Anthony rightly yelled at the employees in front of the customers. She dragged the boss to his office with her small body and said: ‘If you have a problem, you can shout here, not in front of the customers. Even if you are right, customers will think that you are unfair and wrong.” She still does not know how she found that courage back then as a new employee. Boss got surprised and asked: “Who are you?” “I work here” she replied.

She was called to a staff meeting the next day. ‘I thought they would lay me off at that meeting. But instead, the boss said to the personnel: “I saw for the first time in my life yesterday that one of my employees cared about my work at least as much as I did. I want to thank Amide who told me what I did was wrong.” Then he raised me up and thanked me again in front of other employees. “From that day on, they showed me great respect at the company,” she says.

More than 750 people work at Calandra’s today. The company delivers bread to thousands of locations every single day. Turkish entrepreneurs handle the major part of this process by the virtue of Engin Aktas who works as a general manager at the company. “Engin is the reason why so many Turks including me could hang on to life here,” says Turan.

Luciano Calandra's two sons, Anthony and Luciano “Lou” Jr, turned the bakery into a giant food and hospitality company after their father left his daily active job in 1986. Father Luciano tells the employees that they worked constantly without off days and holidays for years. Anthony, who was born in 1962, was his father's helper at the bakery even during his school years. He says “I was going to the bakery while my friends were skipping a lesson for beach or movie.’  Amide Turan was born in an Albanian-Turkish family. She attributes her stubbornness to being Albanian. She has fluent Turkish. She says her Turkish husband whom she met at the bakery and passed away at a very young age is the reason why her Turkish is fluent. Stating that she does not intend to leave Calandra’s because she saw it as a family environment, “We have a professional and family environment here’ she mentions. Calandra’s serves solely in three states now but continues to work on adding new states to its operations.

Saying that their bread is healthy and made without the use of additives, Turan adds: “A strong work ethic, an emphasis on the family and the belief that the customer comes first always constitute our philosophy.” Besides the bread delivery business, there are some Turks who work as chefs at Calandra’s. Turan says that even though the bakery belongs to the Calandra family, new employees sometimes ask ‘Does this place belong to Turkish people?’

Turan speaks Turkish, English, Albanian, Balkan languages (Macedonian & Serbian) and Arabian. Turan who had education in Lebanon before coming to the US has siblings living all around the world.