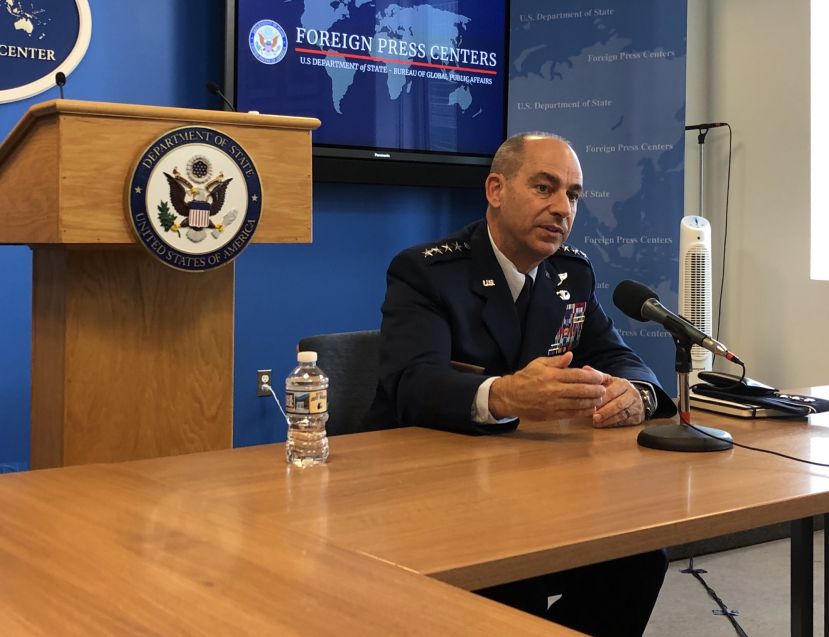 By Ali Cinar-New York - "We recognize that Turkey will be a NATO partner that we’re going to continue to work with, and particularly from a military-to-military perspective, our relationships, the cooperation, remains very strong. There will always be areas that there will be tension, areas that we have to work our way through, but I will assure you that the work that we’re accomplishing together with our Turkish partners remains very solid. That relationship is strong." said Gen. Jeffrey L. Harrigian, Commander, U.S. Air Forces in Europe; Commander, U.S. Air Forces Africa; Commander, Allied Air Command.

He emphasized that he has several Turkish officers that are on his staff at Allied Air Command and they are phenomenal officers that do fantastic work for him.

General Harrigan was so clear on U.S. position for Turkey's S400 Purchase from Russia and he said that there’s no room for an S-400 to be operating inside of Turkey. He also added "there will always be areas that there will be tension, areas that we have to work our way through, but I will assure you that the work that we’re accomplishing together with our Turkish partners remains very solid. That relationship is strong.

"Importance of Incirlik Base"

Incirlik is a strategic location for us, incredibly important, and we get outstanding support from our Turkish partners there" said General Harrigan. He also highlighted that the camaraderie and the teamwork that occurs there continues to be exemplary.

Incirlik Air Base is an important base in NATO's Southern Region. The mission of the host 39th Air Base Wing is to help protect U.S. and NATO interests in the Southern Region by providing a responsive staging and operational air base ready to project integrated, forward-based air power. Incirlik is home to over 1,400 military members.

Regarding joint US-Turkish patrols in NE Syria, General thinks that it’s a tribute to the collective team that they were able to put this together in frankly a very short period of time.

Turkish and U.S. armed forces on Sept. 16 conducted the fifth round of joint helicopter flights for a planned safe zone east of the Euphrates River in northern Syria.

President Trump and President Erdogan expect to meet in NYC and discuss the recent developments in Syria and S400 crisis during UNGA.

More in this category: « Ed Whitfield: A Strong Voice of Turkish-Americans on Capital Hill US Withdraws Forces from Observation Post in Syria – Peace Spring »