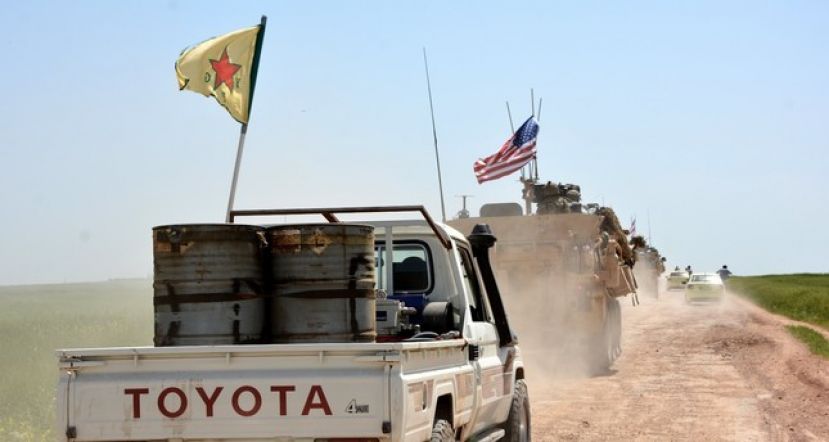 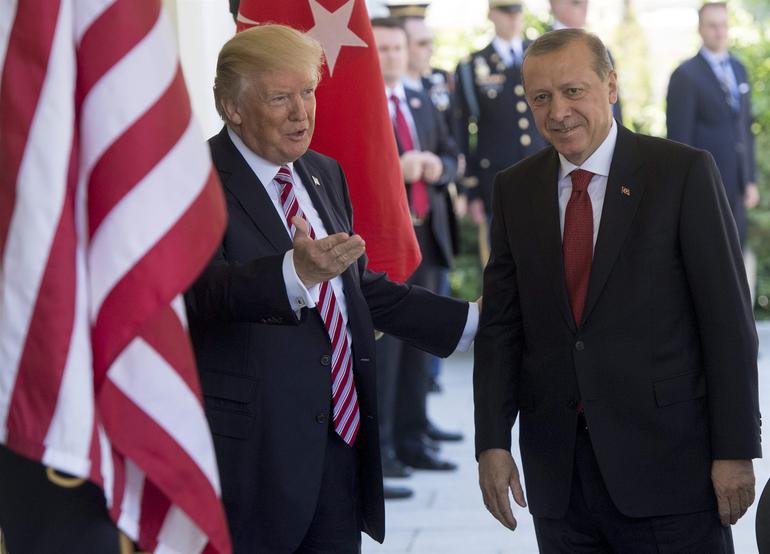 The number of Turkish people with anti-American sentiments has increased by 28 percent in just three years, a BBC poll showed on Wednesday. Experts have claimed that the U.S.'s stance on the Gülenist Terror Group (FETÖ) and the PKK's Syrian affiliate, the People's Protection Units (YPG), in particular have been the triggering factors for the increasing bad feeling. According to the poll conducted by GlobalScan and the Program for Public Consultation (PPC) for the British broadcaster, the ratio of Turks that view the United States negatively stands at 64 percent, compared to 36 percent in 2014.

"Anti-Americanism is not a new thing. There was antipathy before FETÖ, but the percentage of the people who think that the U.S. is not Turkey's ally and friend was around 60 percent. After the July 15 coup attempt, this percentage rose to 90 percent," said Adil Gür, president of the A&G research company.

The American authorities have yet to take steps to extradite fugitive FETÖ leader Fetullah Gülen, who has lived in self-imposed exile since 1999 in the foothills of the Pocono Mountains in Pennsylvania. Despite the fact that Ankara has sent "Eighty-five boxes of concrete evidence" to U.S. judiciary officials, according to statements by President Recep Tayyip Erdoğan and other officials, on Gülen and his network's culpability in last year's botched coup, no steps have been taken to bring him to justice. July 15, 2016 marked the day Gülenist militants embedded in the ranks of Turkish military attempted to stage a coup against President Erdoğan and his democratically elected government. As a result of the failed attempt, 249 people died and over 2,500 people

Another issue that has damaged the Turks perception of the U.S. is Washington's support of the PKK-affiliated terrorist group, the YPG, in Syria.

"Along with the problems regarding FETÖ, the close relationship of the U.S. with the PYD [the Democratic Union Party] has also worked to effectively raise the disapproval percentage since the Turkish public strongly disapproves of the PYD-PKK. I don't think that this anti-Americanism is something that can be easily resolved in the short term. Unless the demands of the Turkey are met, such as the extradition of Fetullah Gülen, and the U.S. demonstrates that it is an ally of Turkey, this situation will not change," Gür added.

The research also showed that Turkey came top in anti-U.S. feelings among NATO members. The ratio of people disliking the superpower also went up in other NATO countries as well, with a 22 percent increase in the U.K., which now stands at 64 percent, a 23 percent increase among the Spaniards, putting them at 67 percent, and a relatively small increase in France, which went up from 41 percent to 56 percent.

İhsan Aktaş, the chairman of the polling company GENAR, also said the misinformed policies of former U.S. President Barack Obama and the current Donald Trump administration's policies on cooperation with the PKK affiliate are the reasons behind the anti-American sentiment in Turkey.

"Although Turkey is an ally of the U.S., its argument was not able to gain support from the U.S. Instead of supporting Tukey, the U.S. has preferred to support the PKK/PYD. I think the main reasons behind this anti-Americanism originate from the misguided policies of the Obama and Trump administrations, which were expected to change and yet failed to do so," Aktaş said.

Even the U.S.'s two neighbors fell out of favor in the country more in 2017, with Canada standing at 73 percent, indicating a rather small decrease of 7 percent, and a major increase of 17 percent in Mexican antipathy towards the country, which now stands at 59 percent.

The president of PPC, Steven Kull, said U.S. approval rates are even worse now than the period of President George W. Bush, which marked the American invasion of Iraq. "The U.S.'s favorability fell a little in the final years of Barack Obama, but now, it is even worse than the Bush era," he said.

Over 18,000 people from 19 countries participated in the poll, which also showed that Canada is by far the most "liked" country in the world.

More in this category: « 37,067 Persons Who Moved Away from Bergen County, NJ Foreign Buyers Are Snapping Up More American Real Estate Than Ever »