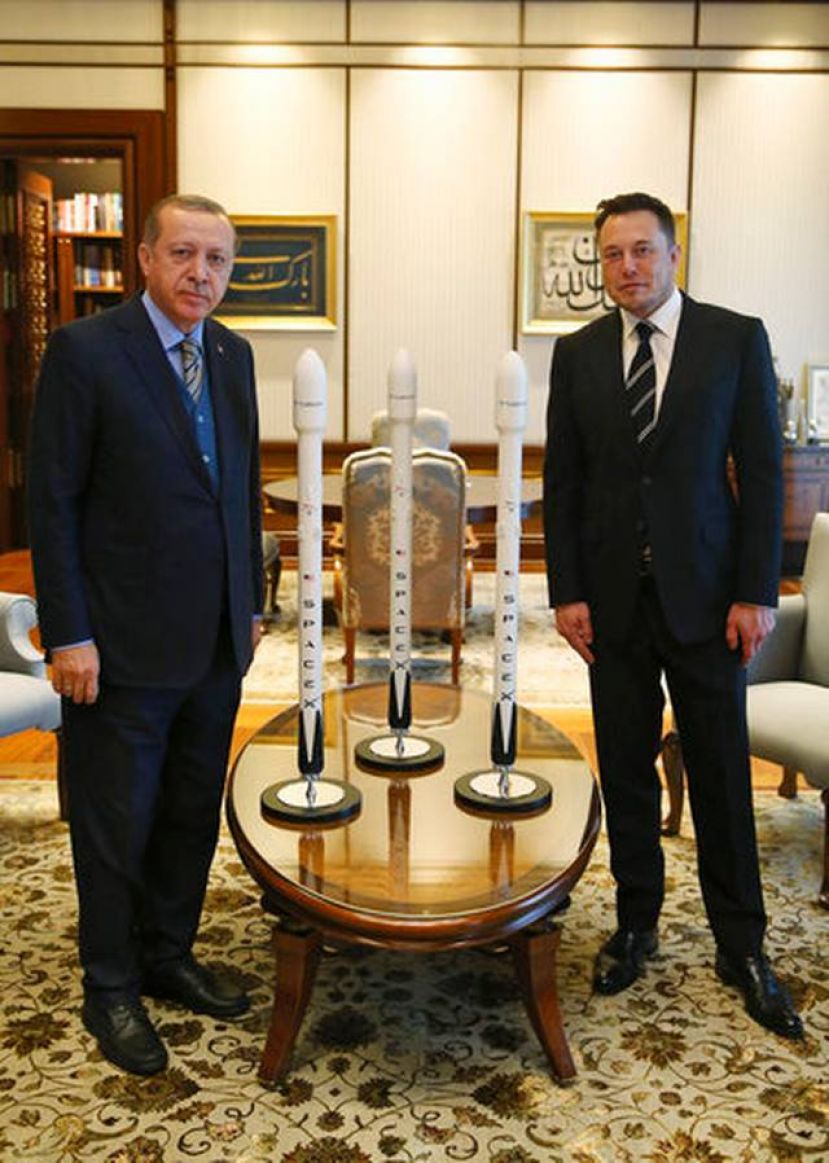 By The Associated Press - Turkish President Recep Tayyip Erdogan met with Tesla and SpaceX CEO Elon Musk on Wednesday to discuss cooperation between his companies and Turkish firms, including the launch of Turkish satellites, a senior official said. Presidential spokesman Ibrahim Kalin told state-run Anadolu Agency that the two also talked about electric cars and sustainable energy. The meeting took place at the presidential palace complex in Ankara.

It came days after a consortium of five Turkish businesses, including mobile phone operator Turkcell, launched a joint venture to design and produce a Turkish-made car. The joint venture was launched under Erdogan's urging.

Kalin said Musk would be present during a ceremony for the signing of a satellite agreement with Airbus on Thursday, adding that his SpaceX company was a subcontractor in the deal.