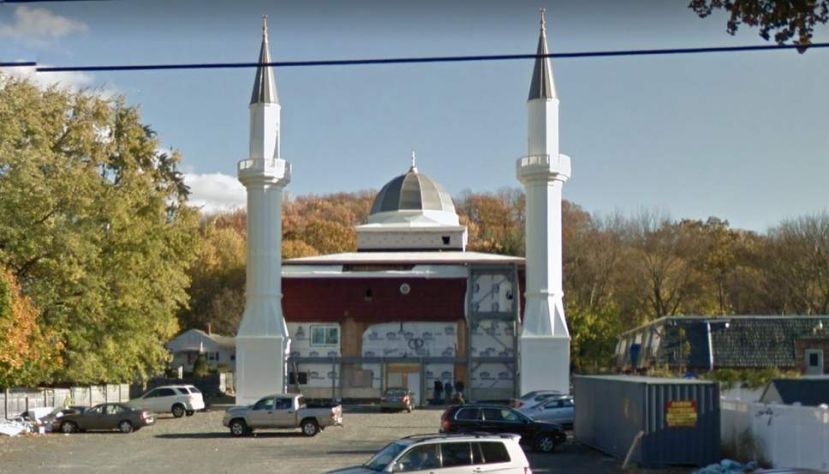 The specific motive for the arson was unclear. There have been no arrests and the investigation is continuing, the authorities said. Nobody was hurt in the blaze, and Mr. Elevli said in an interview on Monday night that the damage was “not too bad.” The New Haven Fire Department did not respond to further requests for comment. At a news conference earlier Monday, while standing in front of the charred three-story building, Chief John Alston of the Fire Department said federal law enforcement officials were helping with the investigation into the arson.

“I found an attack like this is especially hurtful and hateful when you attack an institution for what people believe,” Gov. Ned Lamont said at the news conference. The arson came at a time when places of worship have been frequent targets.

In March, 51 people were killed in attacks at two mosques in Christchurch, New Zealand, after the suspect published a hate-filled manifesto, the authorities said. A week later, someone set a fire outside an Islamic Center mosque in Escondido, Calif., and anti-Muslim graffiti referring to the New Zealand attacks was found, officials said.

Also that month, the Muhammad Islamic Center of Greater Hartford received a phone call from someone who threatened to burn it down, the authorities said. The person used racial slurs in the call, according to an imam at the center.

In April, three predominantly black churches were set on fire in Louisiana, and a gunman opened fire at a synagogue in Poway, Calif., during a service on the last day of Passover. The authorities were investigating whether the suspect in the shooting was the author of an anti-Semitic manifesto, in which the writer also claimed responsibility for the mosque fire in Escondido.

“Given recent attacks on houses of worship in this country and around the world, it is incumbent on law enforcement authorities to investigate the possibility of a bias motive for this arson,” Tark Aouadi, the executive director of the Council on American-Islamic Relations in Connecticut said in a statement about the New Haven fire.

Mr. Elevli said he had not heard of any threats targeting the mosque or its members before the fire. He said it had not crossed his mind that the mosque could have been targeted. “This comes from nowhere,” he said. “It’s terrible for everybody.”

The mosque, at 531 Middletown Avenue, near Foxon Boulevard, has classrooms and apartments and opened in 2010, Mr. Elevli said. The mosque was under construction, and the building was largely empty when the fire occurred.

The mosque’s parent organization, the Diyanet Center of America, is a Maryland-based nonprofit that provides “religious, social and educational services to Turkish immigrants and Muslims,” according to the organization’s website. Over the years, the New Haven mosque had become a place for families to gather, with educational programs for children on the weekends. Mr. Elevli said he got a call Sunday afternoon from an imam saying that the mosque was on fire. He said a visiting imam from Turkey was inside reading a book when he walked outside and noticed the building was on fire.

“I dropped everything and ran there,” Mr. Elevli said. The roads close to the building were blocked, but he parked his car and walked closer to the building in heavy rain. He said many bystanders were crying. Mr. Elevli said he was not sure when people will be able to re-enter the building. It will depend in part on the criminal investigation and a review of the damage for insurance purposes, he said. He is considering whether to erect a tent for people to gather under during Ramadan, the holiest month of the Muslim calendar. Mr. Elevli said he had received numerous calls from nearby religious groups offering to help. “Thank God all the churches and synagogues are calling us, willing to help, willing to share their space,” he said.

A fire was intentionally set at the Diyanet Mosque of New Haven, according to officials. An investigation is continuing and a motive is not yet clear.Credit Lina Biroscak, via Associated Press
Last modified onThursday, 16 May 2019 06:01
Tagged under

More in this category: « This Ramadan, Islamic Relief Spreads Joy George Schieber Keeps Her Wife Legacy Alive Through A Scholarship »