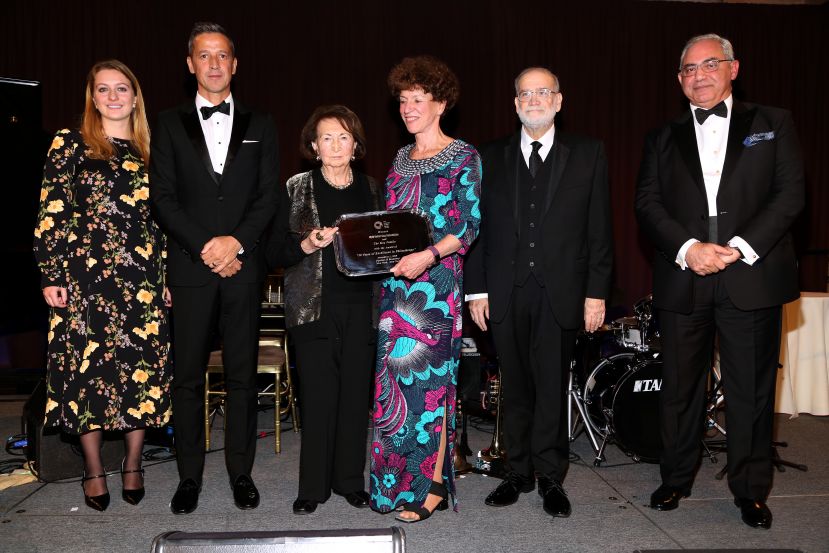 Since 1969 the Vehbi Koç Foundation has been a role model for philanthropic excellence in Turkey. The Foundation has been a leader in the fields of education, health and culture, founding and supporting many important institutions such as libraries, schools, art and research institutes and hospitals. The Foundation has also been a leader in providing educational scholarships to many talented young people with limited financial resources. The foundation’s philanthropic efforts have made substantial and enduring contributions to the development of the Turkish society and more importantly, have set the standard for philanthropic activities in Turkey.

At the Gala, it is also celebrated the 70th anniversary of The American Turkish Society. For seven decades, The Society has worked to develop US-Turkey relations and cross-cultural programming. The gala was a timely and important event for the business and civic leaders of both the United States and Turkey. At the event we welcomed guests from the public and private sectors, including diplomats, leading business executives, artists, scholars and thought leaders from both countries. Attendees had the opportunity to exchange views and reinforce our strategic relationship and historical friendship between the U.S. and Turkey. Proceeds from the evening directly benefited The American Turkish Society’s education, arts, culture, and business programs.

More in this category: « Supporters of Turkey's Syria op Rally Outside White House 5th TOA Awards Will Be Presented in Washington DC »