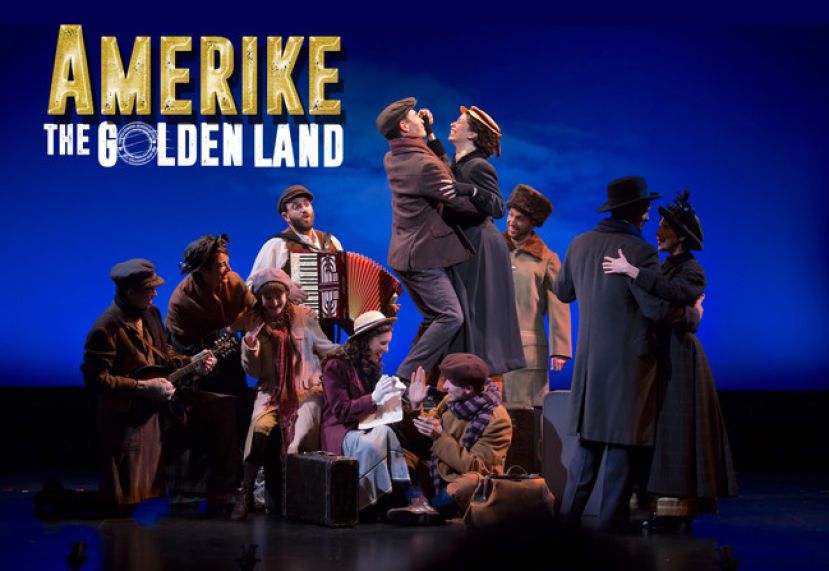 Directed by Drama Desk Award nominee Bryna Wasserman, and choreographed by current Chita Rivera Award nominee Merete Muenter, the re-conceived production of Zalmen Mlotek and Moishe Rosenfeld's 1984 musical blends popular songs from the 1880s to the mid-20th century into a lavish score that demonstrates how America both absorbs and reflects back the cultures of its immigrants.

"We're making this extension announcement as we prepare to open the Immigration Arts Summit," says Christopher Massimine, NYTF's CEO. "We are hearing resounding approval for our willingness to let this immigration story stand for all immigrants, and to serve as a stark reminder not just of the opportunities America offers, but also the challenges and injustices faced."

Established 1915, the Drama Desk-winning NYTF brings a rich cultural heritage to life on stage—one that was nearly destroyed some 75 years ago. Now in its record-setting 103rd consecutive season, NYTF is a producer of Broadway's Indecent, winner of two Tony Awards including direction.

More in this category: « Elif Batuman's Novel, 'The Idiot' Is One of the Best Books You'll Read All Year TCF Rediscovers Recipe of Turkey Red »