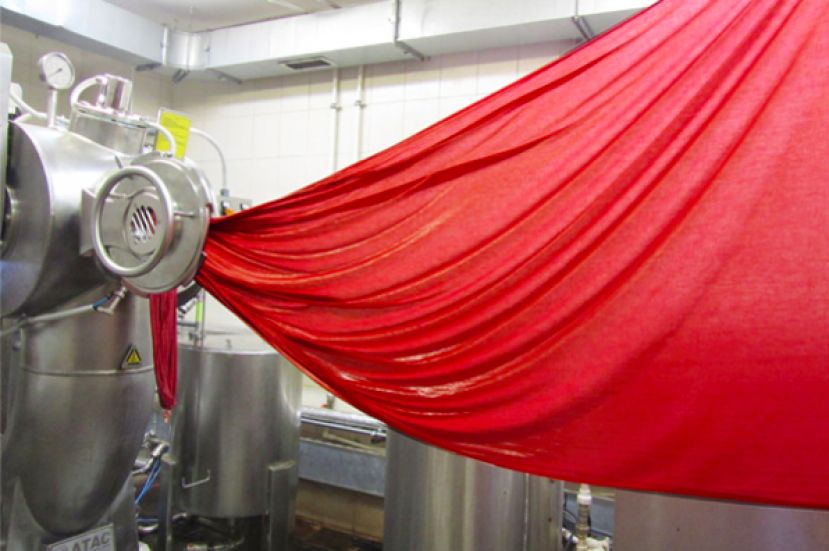 With the spread of synthetic dyes and the diminishing application of natural dyes in the textile industry, the recipe for Turkey Red was lost. Despite many ongoing academic research projects worldwide, the recipe remained elusive.

TCF and ARMAGGAN partnered in an R&D project at the Cultural Heritage Preservation and Natural Dyes Laboratory to discover the recipe. The project included  extensive literature research, micro-analysis of historical samples and trials of the multiple dyeing steps. It took the research team led by Professor Recep Karadag over three years to establish the recipe of Turkey Red, which is now patented to the Turkish Cultural Foundation.

Turkey Red is created through a dyeing process of cotton fiber with dyes extracted from the root of Rubia tinctorum L. , a natural dye plant. The process includes nearly 40 dyeing steps with high coloring fastness and a special color tone. The dyeing requires a precise protocol of the application steps of the dye, which is a mixture of Rubia tinctorum L. madder dye and vegetable oil.

"We regard the rediscovery and scientific documentation of Turkey Red as an important contribution to the preservation of our cultural heritage, as well as to science. The work on Turkey Red is one more important milestone in our long-standing efforts for the preservation and contemporary application of natural dyes. By perfecting natural dyes and making them fully usable in contemporary textile manufacturing and other consumer products, we aim to contribute to responsible productions that save our environment and protect human health," said Dr.Yalcin Ayasli, Founder and Chairman of the Turkish Cultural Foundation.