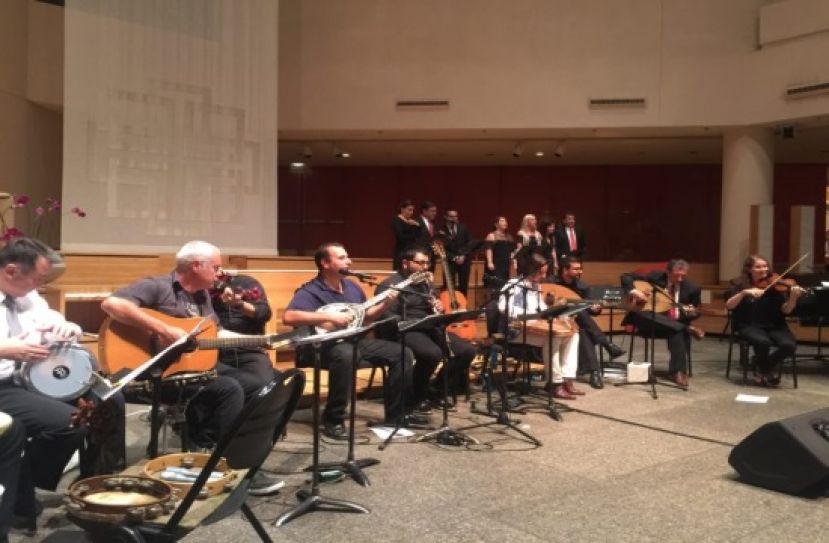 The ensembles performing together at the Hellenic Rembetika and Turkish Music Concert at St. Peter's Church in New York City. Photo by Marina Belessis Casoria

Presented by EMBCA (East Mediterranean Business Culture Alliance) in association with the Turkish American Chamber of Commerce & Industry (TACCI), the sold-out event was the first of EMBCA’s fall season.

Lou Katsos spoke with The National Herald about the event, noting that Hellenism was not confined by the borders of the current Hellenic Republic, the cosmopolitan population was an international people with more Hellenes living outside of mainland Hellas than within it, and for 2,500 years, the influence of Hellenic music spread across the eastern Mediterranean wherever Hellenes lived and thrived. (Source: TornosNews.gr)

More in this category: « Three New Sites and Two Extensions Added to UNESCO’s World Heritage List ‘Kilia Idol’ Will Not Be Returned to Turkey »