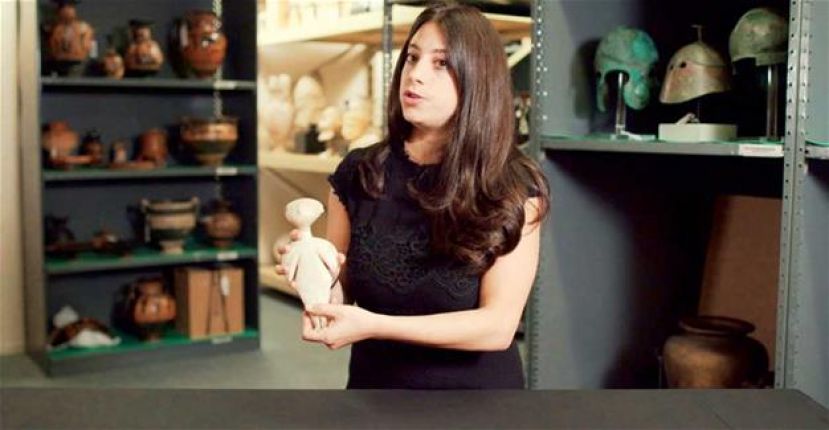 Daily Cumhuriyet announced on April 14 that the 5,000-year-old Anatolian marble female figure, known as the Guennol Stargazer as it looks to the sky, will be put up for sale by New York Christie’s at an auction. The idol had an estimated sale price of $3 million and had found a buyer for $14.5 million.

Meanwhile, the Turkish Culture and Tourism Ministry had contacted Christie’s to request that the statuette be removed from the auction and returned to Turkey. The initiative was rebuffed, resulting in the ministry initiating legal action. The ministry also published a full-page letter in the New York Times to demand the repatriation of artifacts smuggled out of the country.

With the action by the Lawrence M. Kaye of Herrick Feinstein law firm, which successfully represented Turkey in the cases of Karun and Elmalı treasures, the buyer would have to wait for 60 days before receiving the idol, meaning Christie’s will not be able to receive payment and deliver the artifact for two months.

But the Judge for the Southern District of New York Alison Julie Nathan probed the defenses and documents of both sides, recalled the rule of the “three-year time-out,” and announced the result on Aug. 28. “In 1966, Tennis Hall of Fame Inductee Alastair B. Martin bought the idol and sold it to the Merrin Gallery. Then it was included in the Guennol Collection. It was displayed at the New York Metropolitan Museum and information was published in the catalogue. In 1989 and 1997, it was reported by Turkish journalist Özgen Acar. Despite all of this, the Turkish Culture Ministry did not take a step and timed out,” Nathan said.

“Acar had made an effort over the last 50 years, called on the officials but the ministry did not make an attempt” she said, as among the court documents were my articles on the Karun Treasure and the weary Heracles cases.

During my visit to the Manisa Museum at the beginning of the 1990s, I showed a photo of Kilia-type idols to the director Hasan Dedeoğlu and his assistant Rafet Dinç. “We have two broken pieces in the museum,” said Dinç, bringing them out from storage.

Two Kilia idols found by two villager women in 1991 near Akhisar in Manisa ended up being smuggled abroad and marketed at a very good price. The women gave these statuettes to a peddler in the village and got a pair of slippers in return. The auctioneers in New York to whom I mentioned this joked that the women are now wearing the world’s most expensive slippers.

In 1993, Dinç, who was appointed to the university in Aydın from the museum, found the atelier of these statuettes in a field in Kulaksızlar’s Balıkburnu, 16 kilometers from Akhisar.

Since tractors were driven on these 12 decares of land, a number of sculpture pieces surfaced from underground. (Ozgen Acar - Hurriyet Daily News)

More in this category: « Hellenic Rembetika and Turkish Music Concert in New York City Archaeologists Home in on Homeric Clues as Turkey Declares Year of Troy »