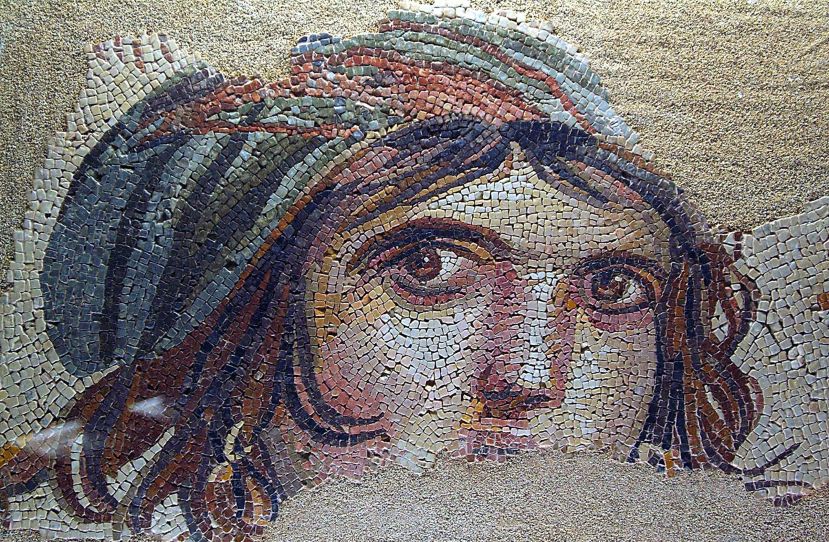 NEW YORK (May 15, 2018) – The Ministry of Culture and Tourism of Turkey signed a Memorandum of Understanding yesterday with the Bowling Green State University for the return of 12 pieces of ancient mosaics to their place of origin, to be exhibited at the renowned Zeugma Mosaic Museum in Gaziantep.The pieces are believed to form part of the framing periphery of the famous “Gypsy Girl” mosaic- symbol of Gaziantep city, discovered in the ancient city of Zeugma, known for its wealth of ancient mosaics, frescoes and artifact.

The Director of the Turkish Culture and Tourism Office in New York, Ms. Tulin Sermin Ozduran, and Bowling Green State University President, Dr. Rodney Rogers, signed the agreement, which was presented by Dr. Raymond Craig, Dean of the College of Arts and Sciences, and Sean FitzGerald, University General Counsel, at a ceremony held at the Turkish Consulate General in Chicago.

“There is no denying that the return and restitution of cultural artifacts is a complex issue which requires expertise, scientific evidence and bilateral consent. But navigating this process could not have been done without the friendly and long-term cooperation between everyone involved working towards a common goal of finding clarity among this complexity,” Ms. Ozduran said.

“With this Memorandum of Understanding to return the mosaics to their place of origin, we are setting a positive example of how countries and cultural communities affected by the movement of ancient artifacts in a modern world can work together to preserve the archaeological record. In this regard, on behalf of the Ministry of Culture and Tourism, I would like to express our gratitude to all actors involved in supporting us to reach a mutually acceptable solution, namely the Ministry of Foreign Affairs, Chicago General Consulate of Turkey, Ministry of Interior and Gaziantep Metropolitan Municipality.”

According to Bowling Green State University (BGSU) records, the mosaics were acquired in 1965 for $35,000 from New York gallery, Peter Marks Works of Art. The university had the mosaics restored and placed on a permanent display in The Wolfe Center for the Arts.

In 2012, research by then-faculty member Dr. Stephanie Langin-Hooper and Dr. Rebecca Molholt of Brown University, suggested that the mosaics were from the ancient city of Zeugma rather than Antioch, as originally thought. As soon as the Ministry of Culture and Tourism of Turkey was informed of the mosaics research, it made its own internal investigation that confirmed the research made by Dr. Hooper and Dr. Molholt.

Reports from the Ministry of Culture and Tourism of Turkey showed the mosaic pieces formed parts of the frame of the mosaic panel known as the “Gypsy Girl,” which has become the symbol for the city of Gaziantep. The combined research of the Ministry and the university raised questions about both the origin of the mosaics and the circumstance of their excavation prior to the university’s acquisition.

Following the scientific consultation with the Head of the Zeugma Excavations, Prof. Dr. Kutalmış Görkay and other Turkish scholars, the Ministry connected with Bowling Green State University representatives to discuss the future of the mosaics.

“The care and preservation of the mosaics have been a priority for us over the last 53 years,” said BGSU President, Dr. Rodney Rogers. “As a university, we have relied upon the expertise of scholars to guide us, both when we acquired the mosaics and now. It is clear today that the best place for these precious artifacts is back in the Republic of Turkey at the Zeugma Mosaic Museum. We greatly appreciate the collegiality of the Turkish Ministry of Culture in working with us to come to an agreement.”

Under the agreement, the mosaics will be returned to Turkey in 2018. The Directorate will pay costs of the transfer. In return, BGSU will receive high-quality replicas of the mosaics.

For more information visit: www.hometurkey.com. For media enquiries, contact: Finn Partners, Haldun Dinccetin This email address is being protected from spambots. You need JavaScript enabled to view it. (212) 754-6500

About Turkey
Turkey is a modern country with a captivating blend of antiquity and contemporary and of East and West. The cradle of civilization and center of world history today stands as one of the fastest-growing tourism destinations in the world. Turkey was the site of the first human settlement; the seat of the Byzantine, Roman and Ottoman Empires; the birthplace of Homer and the last home of the Virgin Mary, just to name a few. Today Turkey, with its spectacular coastline, majestic mountains, cosmopolitan cities and quaint villages is one of the world’s most fascinating destinations.