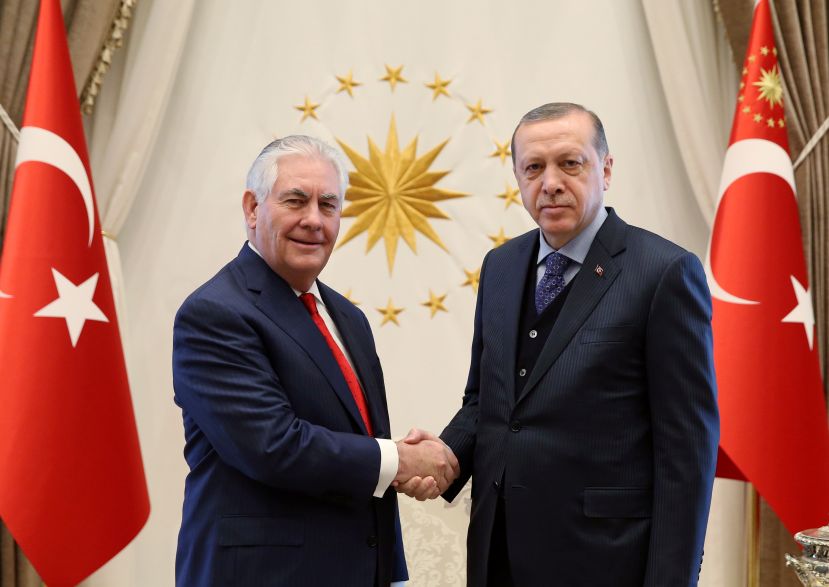 "Nearly a year ago, the Turkish people, brave men and women, stood up against coup plotters and defended their democracy," Tillerson said. "I recognise their courage and honour the victims." Turkey's relations with the United States plummeted in the final months of former president Barack Obama's administration but Ankara has hoped for an improvement under Donald Trump.

But it is furious that Trump has continued and even expanded Obama's policy of supporting the Syrian Kurdish People's Protection Units (YPG) as the main fighting force on the ground in Syria against Islamic State (IS) jihadists.

Ankara considers the YPG a terrorist group and the Syrian branch of the Kurdistan Workers' Party (PKK) has waged an insurgency inside Turkey since 1984. But Washington is openly arming the YPG and the group is heavily involved in the US-backed operation to oust IS jihadists from their stronghold of Raqa. Turkey has not ruled out a new cross-border operation in Syria against the YPG, which could spark a dangerous escalation with the US. Meanwhile, Ankara has achieved no more progress on its aim of extraditing the alleged mastermind of the July 15 coup attempt, the US-based preacher Fethullah Gulen.

Gulen denies any link with the botched putsch. Turkey is also pressing the US for the release of Turkish Iranian businessman Reza Zarrab and Mehmet Hakan Atilla, chief executive of Halkbank, who were arrested on charges of helping Iran violate sanctions.

The United States, meanwhile, is pushing Turkey over the case of Andrew Brunson, a US pastor arrested in the western city of Izmir in October over alleged links to Gulen. AFP