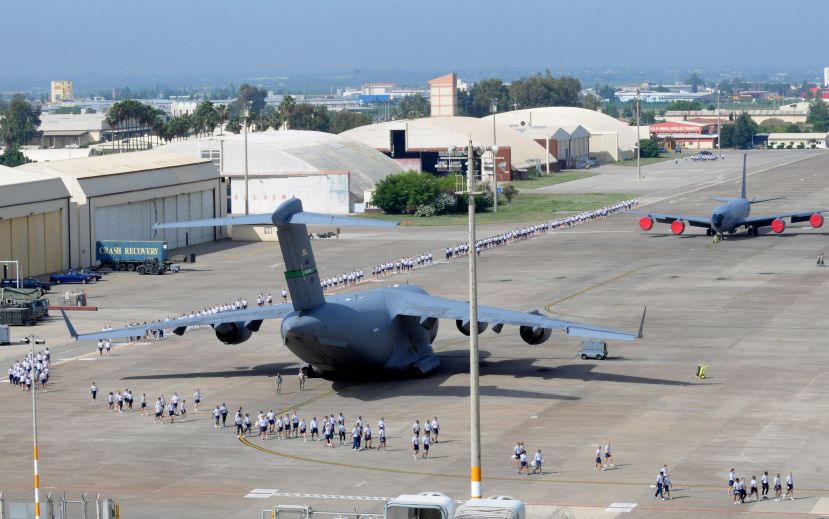 (U.S. Air Force photo by Senior Airman Marissa Tucker/Released) Airmen spread out around the flightline to begin a foreign-object-debris walk to remove trash and other objects from the area May 29, 2012, at Incirlik Air Base, Turkey. The FOD walk was a combined effort between the 39th Air Base Wing and Turkish air force 10th Tanker Base Command to clear the area of debris that could potentially damage aircraft engines.

Turkish President Recep Tayyip Erdogan has attempted to use the base — which has become a prime hub for air operations against Islamic State, al Qaeda and the Taliban in Syria, Iraq and Afghanistan — as leverage to get U.S. cooperation against Mr. Gulen, whom Mr. Erdogan and his allies claim was behind a failed 2016 military coup against his government.

“In the aftermath of the coup, there were several attempts to impress upon the United States that Incirlik could be cut off at any time” to American forces, said Mr. Edelman, now a senior adviser at the Washington-based Foundation for the Defense of Democracies.

While access to Incirlik is not seen as imminently in danger, Ankara’s recent efforts to ratchet up pressure on the U.S. embassy in Ankara should prompt the Trump administration to keep its options open on continuing the American military presence there.

“We need to be prepared now for the possibility that we might lose access to Incirlik or that we may choose to leave at some point,” Mr. Edelman said during an FDD-sponsored symposium on the state of U.S.-Turkish relations on Tuesday. - By Carlo Muñoz - The Washington Times

More in this category: « Ban Ki Moon and Women in Power Define Empowerment With Their Renewed Pledge To ‘’Help a Woman Rise” US Support to PKK’s Syrian Wing Will Leave Scars on Turks Forever »