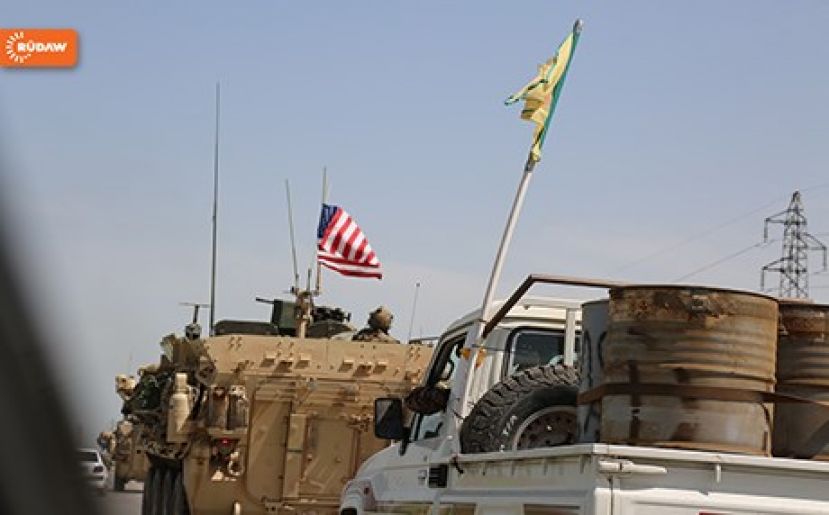 Whatever the truth of the matter, the public has always needed little persuasion to believe the PKK–U.S. connection. A common Turkish view holds that the Western world aims to weaken and divide Turkey, with the Kurds acting as useful idiots in the endeavor. That’s why when a no-fly zone was declared in northern Iraq under U.S. leadership during the first Gulf War, and when the U.S. army started operations to help affected Kurds - using Turkish bases to protect Iraqi Kurds from attacks by the Saddam regime - there was hardly anyone in Turkey who did not suspect the U.S. of having a hidden agenda: Taking the first steps toward establishing a Kurdish state.

You may ask: Why did Turkey accept the no-fly zone and the mission to assist Kurds in the first place? Perhaps Turkey was simply unable to cope with the tens of thousands of Kurdish refugees fleeing central government attacks. Or perhaps the Turkish leadership at the time thought that Turkey’s policies would block Kurdish independence movements.

Anyway, there is no longer any speculation. The U.S. is today openly arming the People’s Protection Units (YPG), the PKK’s Syrian wing. Isn’t it interesting that the Turkish public has generally not cried “scandal”?

Most probably people are feeling a kind of “I told you so” vindication against others arguing that “U.S. interests require a strong rather than divided and unstable Turkey.” The U.S. administration’s partnership with the YPG seems to prove the latter wrong.

Basically Washington is saying that cooperation with the YPG is a temporary tactical step in the fight against the Islamic State of Iraq and the Levant (ISIL). “We promise the arms and ammunition given to them will not be used against Turkey,” they say. But because they cannot convince Ankara they continue by saying they “will give Turkey valuable intelligence to help it fight the PKK and ISIL.”

Washington is aware that this amounts to “the right hand taking what the left hand gives.” Indeed, the whole world understands that you can never know whose hands are in whose pockets in the Middle East.

When Ankara asks: “How can Turkey’s ally cooperate with Turkey’s enemy?” Washington probably replies: “How could our ally Turkey avoid helping us in our struggle against ISIL by denying us use of the İncirlik base for so long?”

They would also blame Turkey for turning a blind eye to accusations that jihadists - along with tons of materials used to make explosives - have been smuggled across Turkish borders. They may accuse Turkey of helping “bad guys,” effectively sleeping with the devil but denying this option to others.

But whatever Ankara and Washington say in the blame game, the fact remains that PKK’s Syrian wing is currently receiving military support from the U.S. This is a serious concern for Turkey – especially in the aftermath of the fight against ISIL. Time will tell whether or not Washington’s unholy alliance is temporary. Turkey needs to outsmart the PKK, not pick a fight with the U.S.

Time will also tell whether Ankara’s relations with Washington will improve or deteriorate even further. But the fact remains that regardless of what excuse the U.S. provides and repeats, Turks will now tell them: “But you have helped our enemies” for the next thousand years. - http://www.hurriyetdailynews.com

More in this category: « Ex-envoy Says U.S. Should Prepare to Lose Turkish Base President Trump, Heed the Plight of the Rohingya »