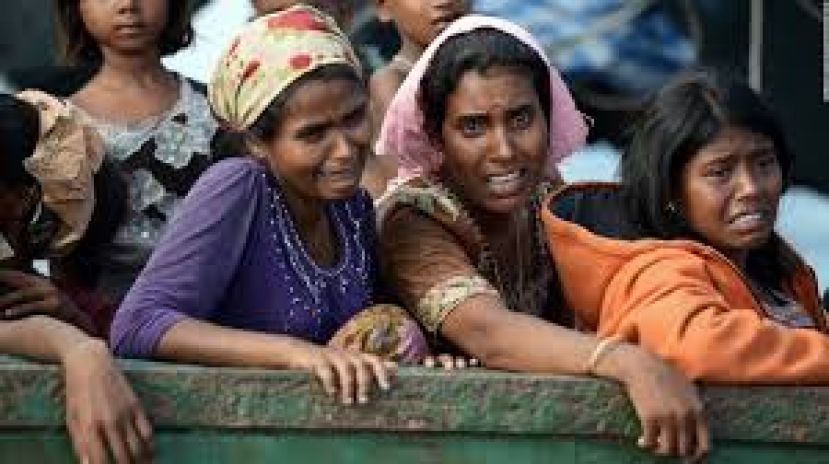 From Nov. 3 to 14, President Trump and the first lady will travel across Asia. While the itinerary is not fully set, according to the White House, U.S. goals include profiling the “longstanding United States alliances and partnerships, and reaffirm[ing] United States leadership in promoting a free and open Indo-Pacific region.”

On Sept. 7, the first lady of Turkey, Emine Erdogan, visited Bangladesh. Over the course of just the twelve prior days, the United Nations estimated that 146,000 Rohingya Muslim refugees had fled ethnic cleansing in Myanmar.

Entire communities being burnt to the ground are still visible by satellites in space. Women are being raped. Children are being killed. Men are being executed. Emine Erdogan took a risk in traveling to a conflict region and witnessed these horrors with her own eyes.

At the crossroads of difficult geopolitics with growing Indian and Chinese influence in the region, Bangladesh is the most densely populated country in the world. Roughly the size of my home state of Pennsylvania, Bangladesh has over 160 million citizens. Since the September visit of the Turkish first lady, this number has grown to include approximately 900,000 Rohingya refugees. As American taxpayers, in 2016 alone, we invested $211 million in this multiparty Muslim majority democratic country.

To date, the U.S. has primarily just offered critical statements not backed with clear action or comprehensive strategy. Secretary of State Rex Tillerson and U.N. Ambassador Nikki Haley have raised the prospect of punishing the Mynamar military. Vice President Mike Pence, a man of deep faith, has called the situation a “great tragedy” and a “heart-breaking assault on human rights.”

Bipartisan congressional leaders have taken notice of the worst ethnic cleansing of the 21st Century. On Sept. 28, 21 Republican and Democratic senators led by Sens. Ben Cardin, D-Md., and John McCain, R-Ariz., wrote an open letter to Tillerson requesting, among other points, that the U.S. re-evaluate our relationship with Myanmar. Democrats and Republicans in Congress and previous administrations have devoted significant time and resources to the U.S.-Bangladesh alliance. Knowing that early investment is the most cost effective, $95 million in taxpayer dollars for this tragedy are being committed.

In May, Trump visited Saudi Arabia to “deliver a message of friendship and hope” to the Muslim world. In his May speech, the president shared with the assembled heads of state from the Muslim world, “We in this room are the leaders of our peoples. They look to us for answers, and for action.”

I immigrated to Pennsylvania over three decades ago to pursue my education. While not a refugee, the realities behind leaving one's home, learning a new language, and embracing a new culture are difficult for many in Washington to grasp. Our first lady is an exception. Like many in Bangladesh, Melania Trump was born in a country that no longer exists. At age 21, the country she knew, Yugoslavia, became embroiled in bloody conflict. While Slovenia emerged after just a few days, practically unscathed and with minimal fighting, it did play a similar critical role in subsequent years absorbing refugees fleeing conflict in Croatia and Bosnia.

As the itinerary is still being finalized, I hope our first lady visits with the Rohingya refugees in Bangladesh, just as the first lady of Turkey has done. Mrs. Trump would not only visit a Muslim-majority state led by a female leader, but also, as her husband stated so eloquently in Saudi Arabia, she would “look back at their faces, behind every pair of eyes is a soul that yearns for justice.” American leadership ended the war in the former Yugoslavia and, so too, American leadership and values can bring justice to the Rohingya people.

* Murat Guzel lives and works in Pennsylvania. He is the founder and CEO of Natural Food Group, a multinational organics food and beverage company.