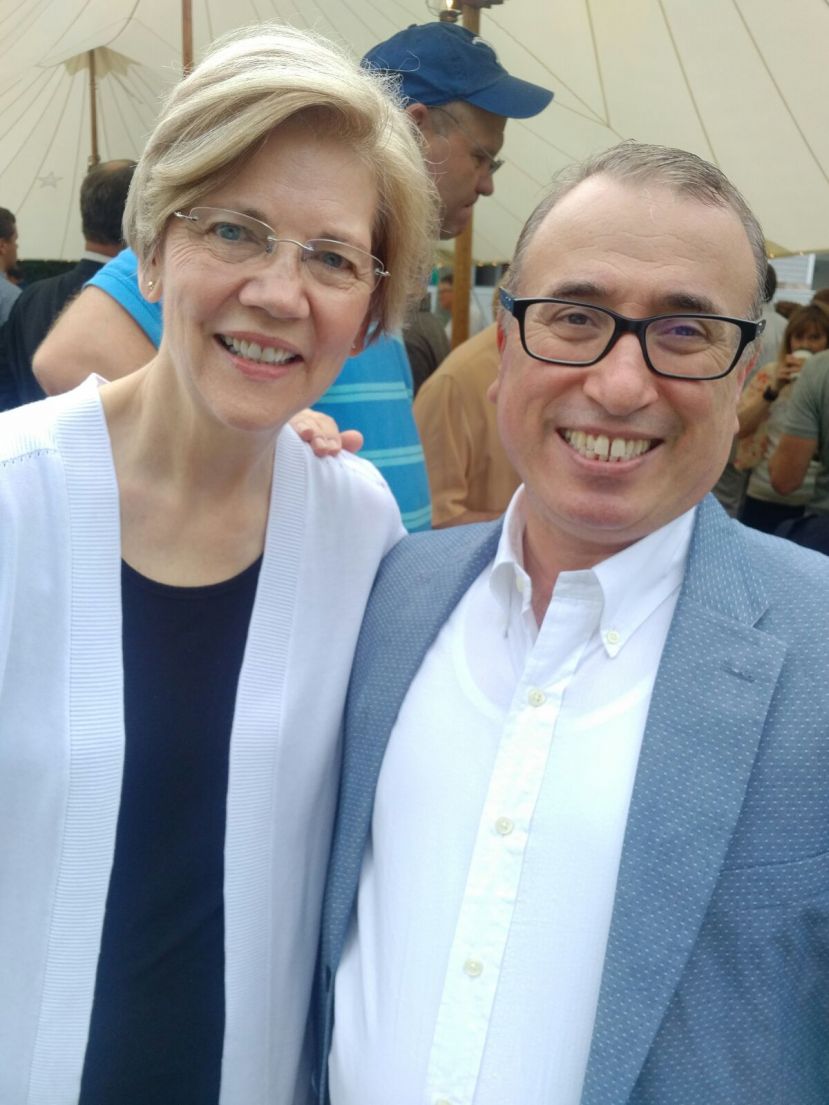 Güzel with Senator Elizabeth Ann Warren, a member of the Democratic Party, since 2013 she has served as the senior United States Senator from Massachusetts.

While the current senators and all high profile executives of the Democratic Party attend the three days long camp prepared, other figures who have worked for the good of the party also join the executives to discuss necessary moves to be made for the upcoming Senate Elections 2018 and for the future in general. This committee is portrayed as one of the most important platforms where strategies for Democratic Party to gain an advantage over the Republican Party are discussed.

At this year’s meeting of the Democratic Party, Turkish businessman Murat Güzel, who was previously a member of this meeting, was also present. The meeting was attended by the leader of the democrat senators, Charles E. Schumer, the head of the party’s Senatorial Campaign Committee Chris Van Hollen, and senators Al Franken, Elizabeth Warren, Bob Casey, along with many other senators from different states.

Murat Güzel is also a member of the committee that functions to take role in decision-making and support processes for prospective senators in the state he lives in. Known as the delegate who helped Obama to be elected in his district, Güzel was selected as a member of the Democratic Party’s executive board as the ‘Super Delegate’.

“I FEEL LEFT ALONE”
When asked about whether questions regarding Turkey come up during these meetings of the senators, Güzel says: “Foreign Policy was not one of the main agenda topics of this meeting. Senator elections and the new candidates were mostly on the agenda. However, any senator that I ran into asked me about the current affairs in Turkey, especially regarding the incident that took place in front of the residence of the ambassador in Washington, DC. Turkey is not able to explain even the situations where it has a right, unfortunately. It makes me really sad that the PKK members who provoked the incident are portrayed in the USA as peaceful protesters. I have shared my views with the senators since the meeting also coincided with the first year anniversary of the vile coup attempt. Telling of the vile coup attempt has fallen short in the USA, both within the Democratic Party and in the country at large. I believe the presence of Turks in decision making platforms in the USA will contribute significantly to both America’s democracy and world peace because of the level of cultural wealth and intelligence of the Turks in the USA. However, I feel that I am left alone in this regard. Because, Turkish-Americans living here physically constantly have their minds in Turkey. They do not have an interest in things happening in the USA”.

More in this category: « The Businessman Who Spent 60 Million Dollars for the Case of Turkey Beijing’s Five Star Turkish Manager from New York »