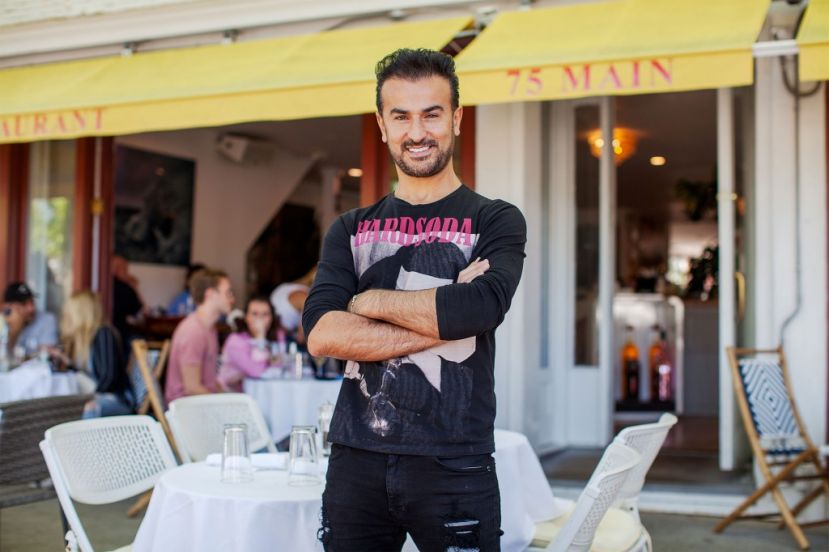 “Everyone keeps calling me the male, East coast version of [SUR founder] Lisa Vanderpump,” Erdem tells us. The Turkish immigrant started as a dishwasher at 75 Main before rising through the ranks to become the owner. “They [the cameras] will go back to where I came from in Turkey, where I was a shepherd,” Erdem tells us. “I started out homeless [in America], no friends, no money. The show will focus on coming from zero and making this life. This is the only country in the world this can happen.”

The series also focuses on his incredibly good-looking staff during work and their off hours living together. “They are the hottest servers and bartenders in the Hamptons and they all live in a beautiful staff house, partying, fighting and drinking,” Erdem tells us. As with all good TV shows, there will also be crushes, couplings, breakups and make-ups, we’re told.

Erdem, who lords over it all and tries to keep his staffers in check while handling crises along with some help from PR guru Todd Shapiro, admits, “Sometimes I want to move to the staff house. It’s [like the] Playboy Mansion.”

Discovery Plus gave Variety a sneak peek of an episode. The summary includes plot lines like “Ethan Thompson develops a crush on Brogan, but after she puts him in the friend zone, he goes wild breaking the house rules, pursuing a different housemate, as well as secretly hooking up with a local Hamptonite he met at a DJ gig. No matter the house drama, the staff must put their personal issues aside to serve some of the wealthiest and most demanding clients.”
The show, produced by Bungalow Media + Entertainment, will air April 7. Teresa Sorkin will be the executive producer. (By Mara Siegler - Page.six ) https://pagesix.com/2022/02/16/hamptons-hotspot-75-main-is-getting-a-reality-show/