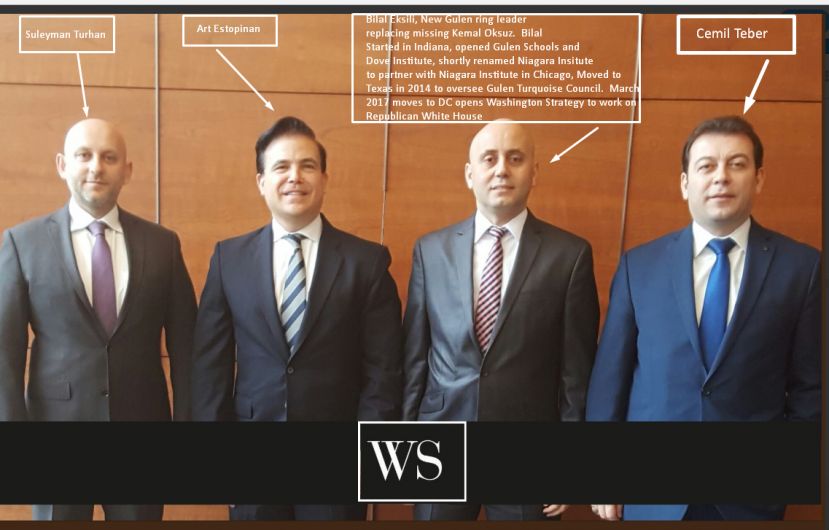 The Washington Strategy Group, a lobbying firm started by supporters of Fethullah Gulen, a Turkish cleric living in Pennsylvania blamed by the Turkish government for instigating a failed coup last year, has started signing clients. The group registered to lobby on its own behalf last year on “Human rights violations and the protection of free expression in Turkey,” but until last week hadn’t signed any clients. The six clients all appear to be local Gulenist and Turkish-American organizations based in Columbus, Ohio; Des Plaines, Ill.; Houston; New York; St. Louis; and Sunnyvale, Calif. Washington Strategy Group also registered to lobby for each of them on “Global human rights violations, freedom of expressions, rule of law, recent refugee and immigration problems,” according to disclosure filings.

— Suleyman Turhanogullari, a partner at the firm, wrote in an email that “Washington Strategy Group LLC is a for-profit company serving clients for PR, business consulting and advocacy purposes.” “Our clients have Turkish American members who are suffering because of the deteriorating democracy in their home country,” he added. “We are working hard to increase awareness in the Senate and House for all this human tragedy that they are going through.”

— One of the firm’s clients, though, seemed unfamiliar with the Washington Strategy Group’s work. “I don’t think we hired anyone to do any lobbying,” said Turan, who declined to provide his last name, when I called the number listed for Bay Area Cultural Connections, the Sunnyvale, Calif., group that Washington Strategy Group listed as a client. He said he would find out more and call back but never did. The firm’s other clients didn’t respond to request for comment.

— Turhanogullari says the Washington Strategy Group never got the letter in question. “We did not receive any letter or return anything to Mr. Rubin,” Turhanogullari wrote in an email. “I don't know how that happened. We haven't had any issues with our mails so far.” (By THEODORIC MEYER * www.politico.com)