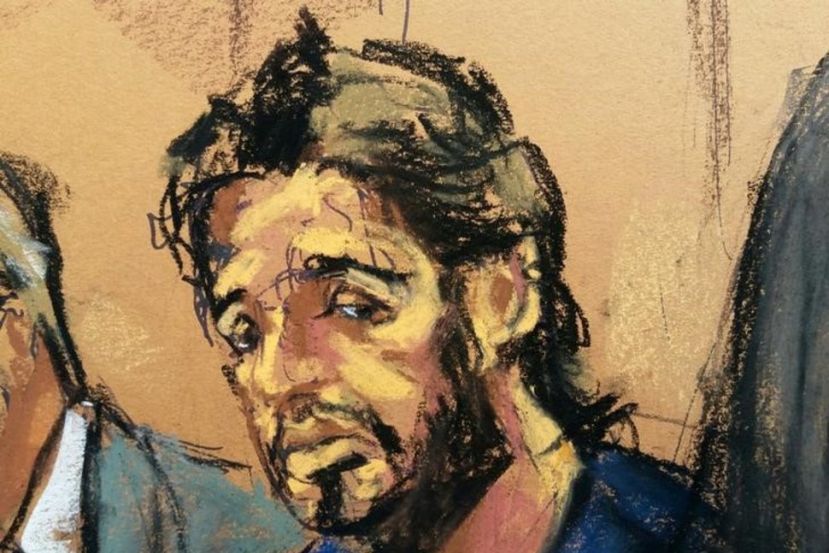 U.S. prosecutors have charged nine people in the case, although only Zarrab, 34, and Atilla, 47, have been arrested by U.S. authorities. Prosecutors have said the defendants took part in a scheme that involved gold trades and fake purchases of food to give Iran access to international markets, violating U.S. sanctions.

The case has fueled tensions between the United States and Turkey, which are NATO allies. Turkish President Tayyip Erdogan's government has said the case was fabricated for political reasons.

Standing before the jury in tan prison garb on Wednesday, Zarrab drew a multicolored diagram to illustrate the complex series of transactions he said he used to avoid scrutiny of U.S. banks and regulators. He explained how he falsified customs documents to make it appear that gold was bound for Iran, rather than Dubai.

Zarrab said Atilla was "the most knowledgeable person about the sanction rules" at Halkbank, and that he helped develop the scheme. He said Atilla and Halkbank's then-general manager, Suleyman Aslan, instructed him how to carry it out.

"He made sure that the system and method worked," Zarrab said of Atilla.

Zarrab said he began working with Halkbank on the scheme in 2012, after bribing Zafer Caglayan, then Turkey's economy minister, to broker a deal with Aslan. He said Aslan had initially refused to work with Zarrab because he was too well known.

Zarrab testified that before working with Halkbank, he handled Iranian transactions through Turkey's Aktif Bank. He said the bank initially refused to let him open an account, but relented after Zarrab asked Egemen Bagis, then Turkey's minister of European Union affairs, for help.

Zarrab said Bagis set up a meeting between him and Aktif Bank's general manager and that he was then allowed to open an account. However, Aktif Bank later shut down the account after receiving a warning from the United States, Zarrab said.

Reuters was not immediately able to reach anyone at Aktif Bank for comment after working hours on Wednesday.

Zarrab is expected to continue testifying on Thursday.

More in this category: « Turkey Urges US to Drop Case Against Gold Trader Reza Zarrab Reza Zarrab Testifies for Seven Days in "US Against Atilla" Case »