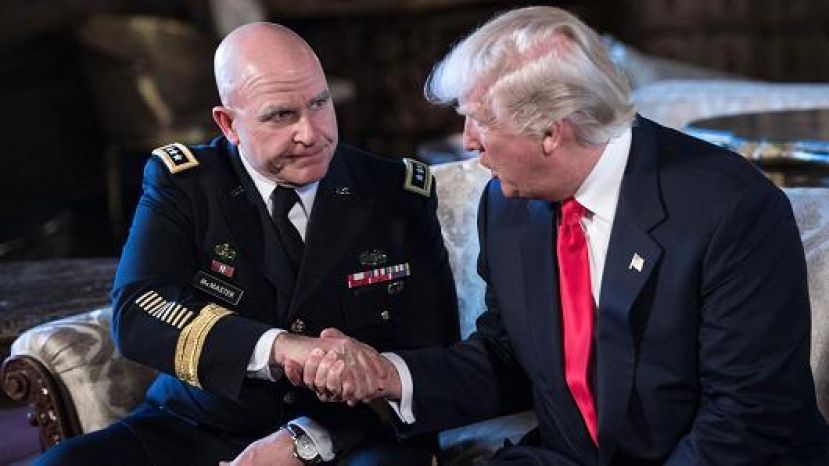 By Michael Hernandez - WASHINGTON -AA -  The U.S. said Wednesday it is "committed to its strategic partnership with Turkey to bring stability to the region and defeat terrorism in all its forms" amid a row sparked by comments from a senior Trump administration official. "We appreciate Turkey’s efforts to increase its border security, stem the flow of foreign fighters through its territory and fight on the ground to clear ISIS from key towns in Syria," a National Security Council spokesman told Anadolu Agency on condition of anonymity, referring to the Islamic State of Iraq and Syria, or Daesh.

"There is more work for everyone in the region to do to address the financing of terrorism and the ideologies that support violent extremism, and the United States will look for opportunities to deepen our cooperation on the issue with Turkey," he added.

Speaking Dec. 12 at an event hosted by the British think tank Policy Exchange in Washington, National Security Advisor H.R. McMaster said Turkey and Qatar are the "main supporters" of "radicalism" and claimed Turkey's problems with the West were mainly due to the rise of the ruling party in Ankara. The remarks drew a swift rebuke from Ankara.

The Turkish Foreign Ministry said McMaster’s remarks were acknowledged with "sadness". It added McMaster, due to the position he holds, "must know better".

The Foreign Ministry urged the U.S. to stop supporting terrorist groups such as the PKK/PYD.

The PKK/PYD, also known as the YPG, is the Syrian wing of the PKK and has received U.S. support in the form of Special Forces back-up, air power and military supplies.

The U.S.’s use of the PKK/PYD in Syria has been a longstanding complaint for Turkey, which has been subjected to a decades-long terror campaign by the PKK, which is listed as a terrorist organization by Turkey, the EU and the U.S.

“We expect the U.S. to provide more concrete and effective support to our country in its determined fight against terrorism and radicalism in accordance with our traditional alliance relations and international legitimacy," the statement added.

*Hakan Copur contributed to this report.

More in this category: « What Is Atilla Case In the US About? Turkish Security HQ Summons FBI Representative »