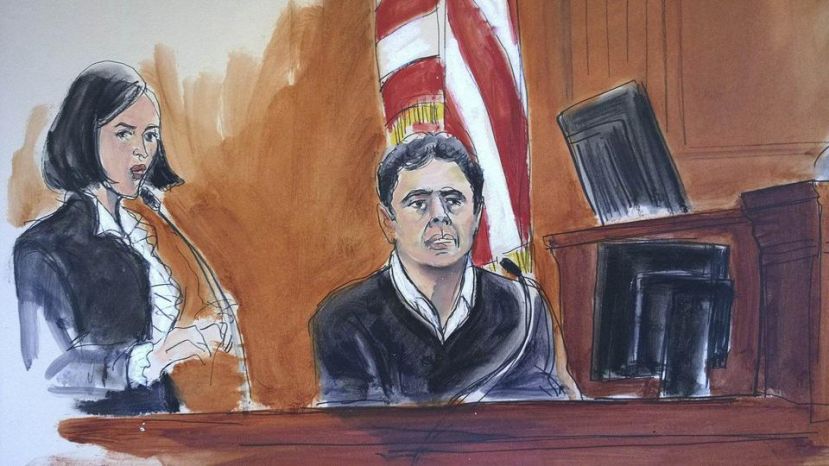 Former deputy CEO of Turkish public bank Halkbank Mehmet Hakan Atilla completed his three-day testimony on Tuesday. He is facing a trial in which he is being accused of breaching US sanctions against Iran. Atilla became the only defendant in the case, after Reza Zarrab, who was the prime defendant, pleaded guilty and testified as a witness against the former banker, accusing him of the related crimes. “I did not conspire with anyone in any part of my life on that [evading sanctions],” Atilla responded to a question about whether or not he ever collaborated with Zarrab or anyone, on Friday during the first day of questioning by his lawyer.

The prosecution repeated accusations against Atilla, saying “the case was all about the lies he said during his testimony”.

Atilla’s attorney Victor Rocco, on the other hand, pointed to Zarrab at the centre of the case. “That same master criminal [Reza Zarrab] who joined Iran’s economic jihad against the United States is now embraced by our government, as he tries to earn his way out of jail, earn his freedom by bartering the fate of another human being,” Rocco said.

“And that human being is Hakan Atilla,” he added, urging the jury to inspect the evidence carefully.

“You will return a verdict, I’m sure, of not guilty and allow this innocent man, this pawn in a cosmic game of chess, to return to his wife and his son and his home in Turkey,” Rocco said.

Now it's time for the jury to start deliberations on their final verdict.

Before Atilla, and following Zarrab, four other witnesses testified against Atilla in a Manhattan courthouse for “breaching United States sanctions on Iran” last week.

The case dates back to March 2016 when US authorities arrested the Iranian-Turkish businessman Reza Zarrab for breaching US sanctions on Iran.

However, on November 28 of this year, before the first day of his trial, his role changed from a defendant to a witness.

The witnesses included David Cohen, a former US Treasury Department official who also worked as deputy director of the Central Intelligence Agency (CIA), and Huseyin Korkmaz, a former Turkish police officer who is considered by Turkey to be a terror fugitive.

Who is Huseyin Korkmaz?

During Zarrab’s testimony, the prosecution revealed a transcript from a tape recording in which former CEO of Halkbank, Suleyman Aslan, phoned Atilla and ordered him to complete Zarrab’s transaction process. Atilla refused.

Zarrab confirmed that it was Hakan Atilla who was part of the phone conversation.

However, Korkmaz said that Aslan had mentioned another Hakan in the conversation, the bank’s former head of the foreign affairs department Hakan Aydogan, not Hakan Atilla.

Korkmaz was a police chief in Turkey when prosecutors with ties to the group that Turkey calls the Fetullah Terrorist Organization (FETO) filed two indictments between December 17-25, 2013, accusing a number of businessmen and high-level officials of “bribery, misconduct in office, collusive tendering and smuggling.”

Reza Zarrab, four former ministers of government, sons of three of those ministers, bureaucrats and a general manager of Halkbank were among those people.

In this context, Turkey has repeatedly said that this current case is just a continuation of the December 17-25, 2013 cases that were run by FETO members, some of whom fled the country before the legal process started.

In previous sessions of the trial, the prosecution confirmed that some of the documents used were obtained from the December 17-25 indictment files, and would bring officers who led the investigations as witnesses for “the US against Atilla” case.

“I was leading the investigation into the organisation of which Reza Zarrab was the leader. We found that there were three more groups under this framework,” Korkmaz told to the prosecutors.

However, after the Turkish judiciary found out that the indictment was done by FETO, Korkmaz was detained. During his testimony at the time he was tried in Turkey, Korkmaz said that he didn’t know why he spent 17 months in prison.

“I never worked on 17-25 December files, I have no single initial on those, and I don’t know why I’m arrested. I didn’t even know about those files,” Korkmaz told the Turkish judge.

In the Manhattan court, asked about how he fled Turkey and why he copied the December 17-25 case files. He told that he provided them to the FBI, and in return was paid $50,000 by intelligence officers. He also said the prosecution pays him $300 monthly in addition to paying his rent. Ankara says those files are falsified.

The case has strained ties between the United States and Turkey, both members of NATO. Two and a half years after the December 2013 indictments, FETO-linked soldiers attempted a military coup in Turkey. The head of the group, Fetullah Gulen, has been in self-exile in the US state of Pennsylvania since 1999.
Source: TRTWorld and agencies