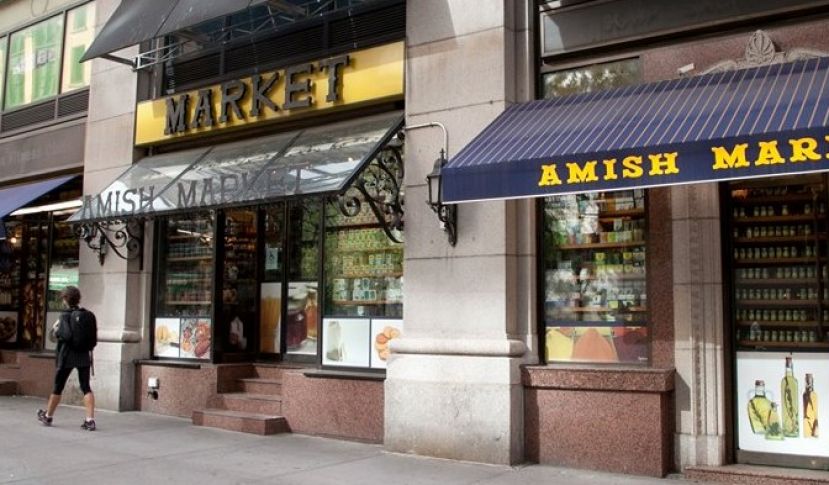 Amish Market, which has held up the entire storefront along West Broadway between Park Place and Murray for years, will close permanently — likely by the 26th. The word came from the store manager, Mike Jording.

“Because of covid, we’ve lost 90% of the business. We’ve been open all this time serving the neighborhood,” he said. “But we cannot continue for various reasons.”

They are discounting everything in the store so he wants the neighborhood to know and come shop so it sets them up better for next time. “I hope one day Amish Market can open again in a much better place in the neighborhood.”

The first Amish Market downtown was opened in 1999 on Cedar Street by Adem Arici — who in fact is Turkish. They made it through 9/11, even after that store was destroyed. In 2011, the company’s owners went through both an indictment for tax conspiracy and a bankruptcy filing, but stayed open throughout. They also made it through a gas leak in 2017 that poisoned two dozen of their employees. In short, it has not been easy.

This last crisis has clearly not been easy either, and, as it has been for so many, it is the last straw. It’s a major loss for the neighborhood. Source: https://tribecacitizen.com/

More in this category: « Developer of 111 Varick to Build Even Taller, in Spite of Rival Luxury Residential Complex by DEM Insaat in Istanbul. »