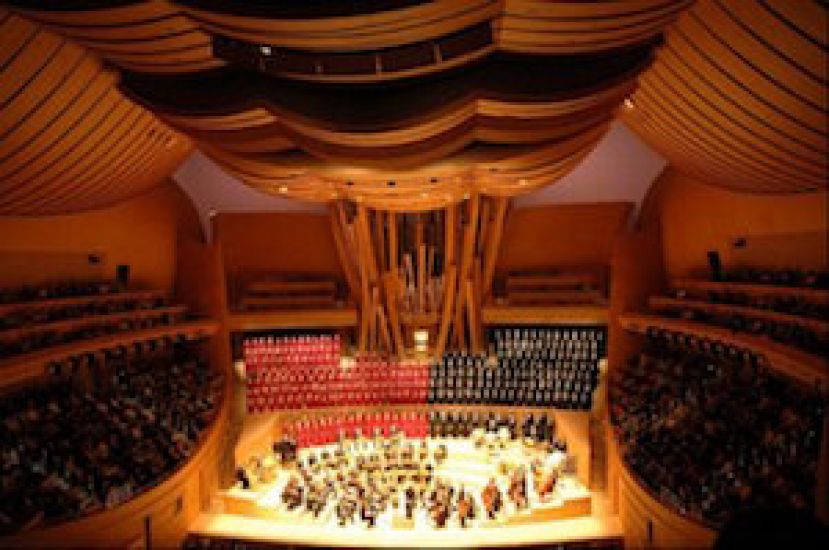 LOS ANGELES - The International Committee of the LA Philharmonic hosted "A Night of Turkish Delights" at the Dorothy Chandler Pavilion on May 7, 2016 to spotlight Turkey. The fundraiser was organized in collaboration with the Turkish American Artist Bridge (TAAB) and benefited the LA Philharmonic orchestra.

Performers from the U.S. and Turkey made up the program headed by Music Director, Composer and Virtuoso Flutist, Burak Besir. Now in its 64th year, the fundraiser has Rabab Ashley as its President and focuses on a different country every year. The LA Consular Corps, the Turkish American Ladies League (TALL), the Turkish Cultural Foundation (www.turkishculturalfoundation.org) and Turkish Airlines also sponsored the event.

"For the first time in decades, a ball in honor of Turkey was organized at this legendary venue," said Gulru Gezer, Turkey's Consul General in LA and the committee's Honorary Chair. "We were able to present the rich culture, history and cuisine of Turkey to 200 VIP guests. Turkish-Americans do a lot to give back to their local communities and this event was a demonstration of their appreciation for music and the arts."

LA Phil Associate Principal and Violinist, Mark Kashper said, "I've never played any Turkish music before so it was interesting for me. It's gratifying to see the Turkish community getting involved with the LA Phil, which has been my orchestra for 38 years." He performed pieces by Erberk Eryilmaz and Ahmet Adnan Saygun.

TAAB is a non-profit charity promoting artists and musicians through a variety of events. For more information visit: www.taab.us.