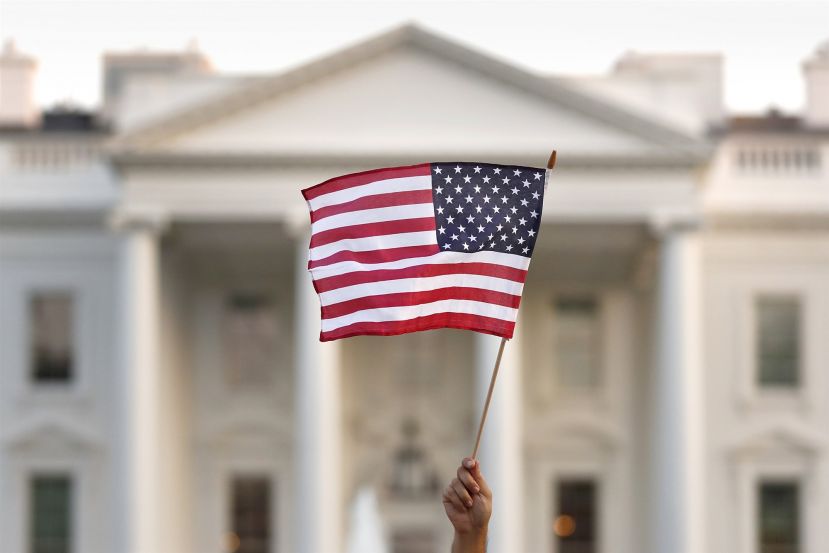 A flag is waved outside the White House in September 2017.Carolyn Kaster / AP file

Six people were charged in an elaborate “birth tourism” scheme that helped Turkish women secure U.S. citizenship for their children and cost American taxpayers upward of $2 million, federal prosecutors said Wednesday. The alleged ringleaders, Sarah Kaplan and Ibrahim Aksakal, both residents of Long Island, New York, brazenly advertised their services on Turkish-language Facebook pages and websites with titles like “My baby should be born in America,” prosecutors said.

The defendants are accused of providing expectant mothers a full-service experience: lodging in New York, transportation, help applying for citizenship for their children, and purported “insurance” to cover all medical costs, which amounted to fraudulently-obtained Medicaid benefits.

The cost for these services: roughly $7,500, nearly all in cash, prosecutors said.

Between January 2017 and September this year, the suspects were paid approximately $750,000 in fees, and Medicaid disbursed more than $2.1 million in illicitly-obtained benefits, according to prosecutors.

“The defendants cashed in on the desire for birthright citizenship, and the American taxpayer ultimately got stuck with the $2.1 million bill,” Seth DuCharme, acting U.S. attorney for the Eastern District of New York, said in a statement.

Five of the defendants – Aksakal, Kaplan, Enes Burak Cakiroglu, Fiordalisa Marte and Edgar Rodriguez – were arrested Wednesday morning. They are all residents of Long Island, where they operated seven “birth houses,” prosecutors said.

The sixth suspect, who has yet to be taken into custody, was not identified.

It was not immediately clear if they had hired lawyers.

Birth tourism has long brought expectant mothers to the U.S. The benefits are substantial: the child is given American citizenship, granting them a lifelong right to live and work and collect benefits in the U.S. And when they turn 21, they can sponsor their parents' application for an American green card.

But the six defendants charged Wednesday submitted fraudulent New York state Medicaid benefits applications stating that the Turkish women were permanent New York residents who had no income and who resided in one of the “birth houses” maintained by the suspects, according to court papers.

The suspects submitted at least 99 Medicaid claims for different women, according to court papers. In all, the defendants facilitated the births of approximately 119 children, who now hold U.S. citizenship, prosecutors said.

Two of the defendants, Marte and Rodriguez, used their experience as assistors, people who are trained and certified to help individuals in New York state apply for health coverage, to facilitate the Medicaid part of the scheme, according to court papers.

The $750,000 brought in by the defendants was funneled to bank accounts in Turkey, thereby preventing the government from seizing it, according to court papers.

The defendants allegedly used their web pages to attract customers. A January 2018 post to the “My Baby Should be Born in America” Facebook page reads: “If you believe your baby should be born in the USA and become an American citizen then you are at the right place.”

The post also informed would-be customers that the defendants’ competitors’ fees were higher because of “misguided information that insurance will not cover expensive hospital and birth fees," prosecutors said. (By Anna Schecter and Rich Schapiro - NBC)

More in this category: « A Global Crisis Means A Global Response