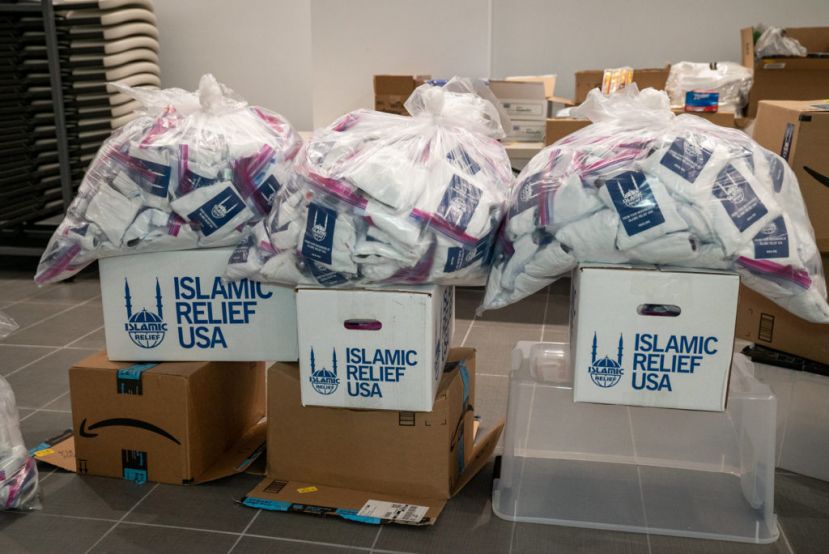 Millions of dollars’ worth of emergency assistance to more than 20 at-risk countries has been released by Islamic Relief (of which Islamic Relief USA is a part of) in a bid to stem the spread of the deadly Coronavirus, help those infected and support vulnerable communities that have been the hardest hit. Thousands of hygiene kits containing essentials like hand sanitizer, surgical masks and thermometers have already been delivered to high-risk communities in places like Syria and Afghanistan where vital health infrastructure has crumbled due to conflict.

In the coming week, more critical assistance such as ventilators, lab kits and portable x-ray machines will also be delivered to countries like Pakistan, where many lack access to decent medical care. For those who have lost their jobs and sources of income in low and middle-income countries with no social safety nets, cash support will likewise be provided to allow them to purchase basics like food and medicine.

A global awareness campaign with religious guidance
At the same time, large awareness-raising campaigns will be launched to inform people about how the virus is spread and how to protect themselves by adopting good hygiene practices and suitable social distancing measures when possible.

These will be supported by our information materials on safe religious practice which have been specially designed by our staff with guidance from key religious scholars. Guided by our experience of the Ebola response, the information for Muslim communities focuses on dispelling dangerous misinformation and outlining the religious imperative of stopping the spread of the disease by taking steps like suspending communal worship in high-risk areas.

The guidance also looks at adapting behaviors, such as burial rites by ensuring these can be done respectfully and in line with Islamic customs, while also protecting those on the front lines of the crisis. 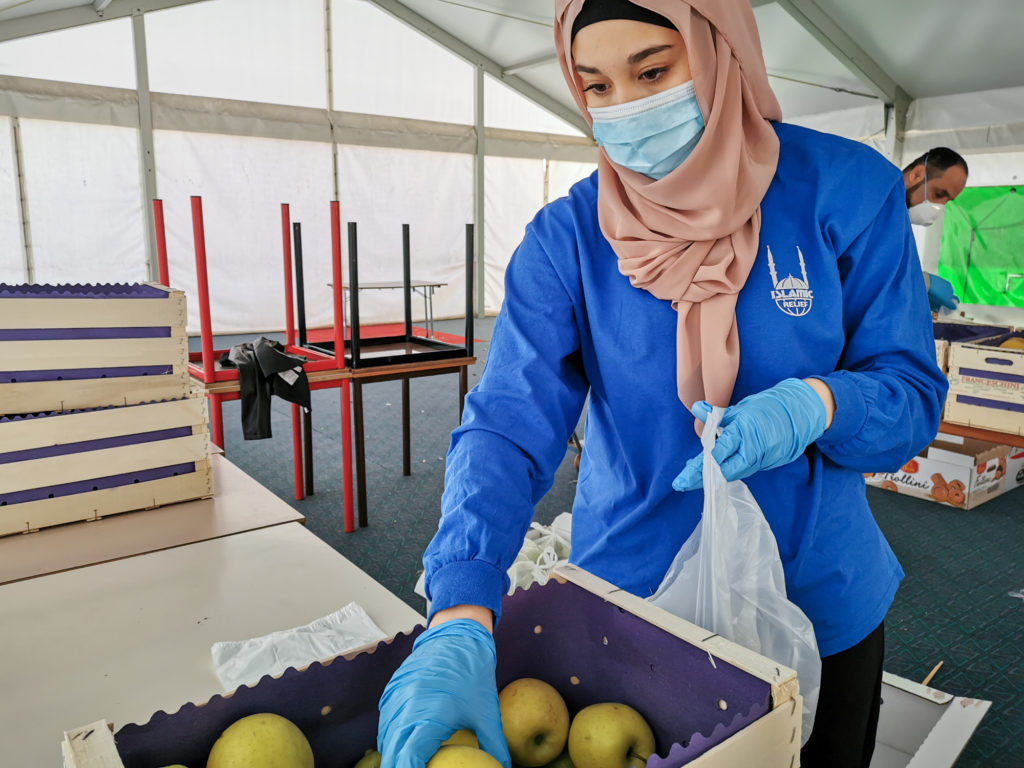 Now is the time for generosity

“The world has not faced a threat like this in our lifetime and it is imperative that we take swift action on multiple fronts to stop the spread of the disease and lessen the impact of the most vulnerable communities that risk being completely devastated by this,” said Naser Haghamed, chief executive officer of Islamic Relief Worldwide, the world’s largest Muslim-faith inspired aid agency working in more than 40 countries around the globe.

“Through the generosity of our partners and supporters, I am proud to say that the Islamic Relief family has already released over $5 million in emergency funding for vulnerable communities, which often have no defenses against the disease.”

“During these difficult times, it’s vital that we provide lifesaving and life-enhancing assistance to alleviate the financial, emotional and physical hardships so many are experiencing,” said Sharif Aly, chief executive officer of Islamic Relief USA. “We all have to stick together during this trying period. We have to be patient, humble and care for one another in order to overcome this crisis. I, along with my colleagues in the Islamic Relief family, share this goal.”

The funding is part of a wider pledge to deliver up to $10 million in support in the upcoming period, earmarked for tackling various aspects of the corona crisis.

“We are usually conservative about the amounts we pledge for such crises, but I am confident that thanks to the generosity of our donors, the global Islamic Relief family will soon secure multiple folds of this amount from our individual supporters – allowing us to scale up and expand our support around the world,” added Haghamed.

Now is the time to work together

Along with its own response to this emergency, Islamic Relief is seeking to integrate it within a multilateral approach and is working at global and local level with UN agencies including WHO, UNICEF, UNHCR, WFP as well as local governments to support their health responses.

With the virus impacting rich and poor countries alike, Islamic Relief’s support will be split between poorer countries that are not equipped to cope and those where for now the coronavirus has claimed the most lives and infected the most people.

“The coronavirus is a truly global challenge, requiring a truly global solution – and the consequences of not acting in a unified way will be absolutely dire,” said Haghamed.

“From equipping isolation wards in Yemen, to providing hygiene kits to homeless shelters in Canada, we’re doing what we can to support the many at-risk communities with which we work.” 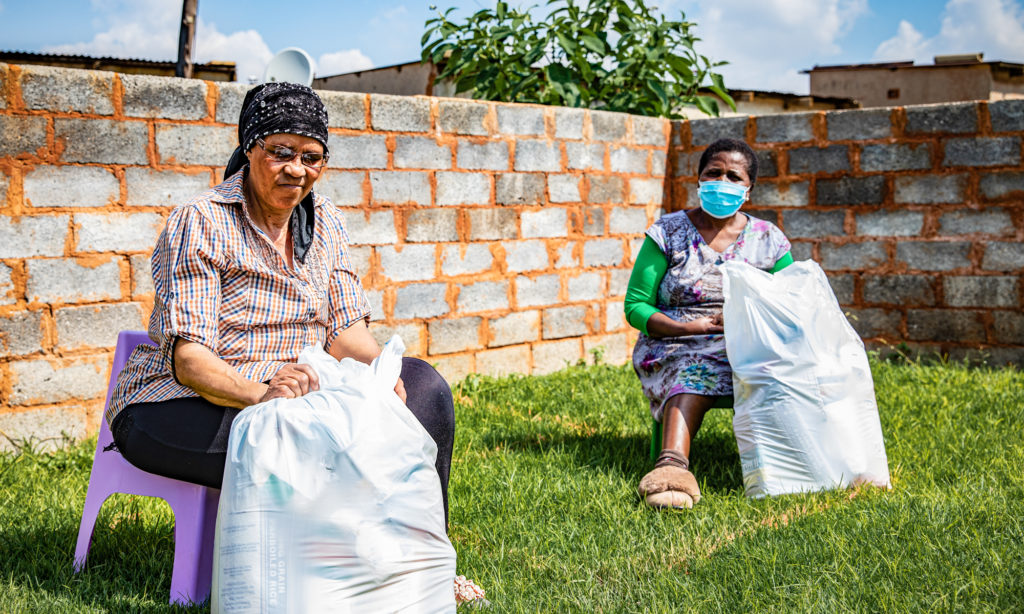 A call for peace and funding commitments

“The scale of the crisis, however, is truly unprecedented and much more will need to be done if we are to overcome and endure. To fight this virus, the world needs to deploy all the tools in its arsenal,” said Haghamed.

“On the diplomatic front, we urgently need a global ceasefire endorsed by the UN Secretary General, so that bombs and bullets in places like Syria do not prevent us from stopping the spread of the disease there.

“On the funding front, we also need governments and the UN to step up and ensure that the UN’s $2bn global fund for the fight against corona is met. The UN must also allot 30 percent of these funds to international and local charities that are all too often on the front lines of this crisis, but to date have only been awarded five percent of UN appeal funds.

“As the launch of our pledges and funding appeals show, Islamic Relief is committed to doing what we can. Even as it feels like the walls are crashing down on us, we need to remember those less fortunate who risk losing not just their livelihoods, but their lives.”