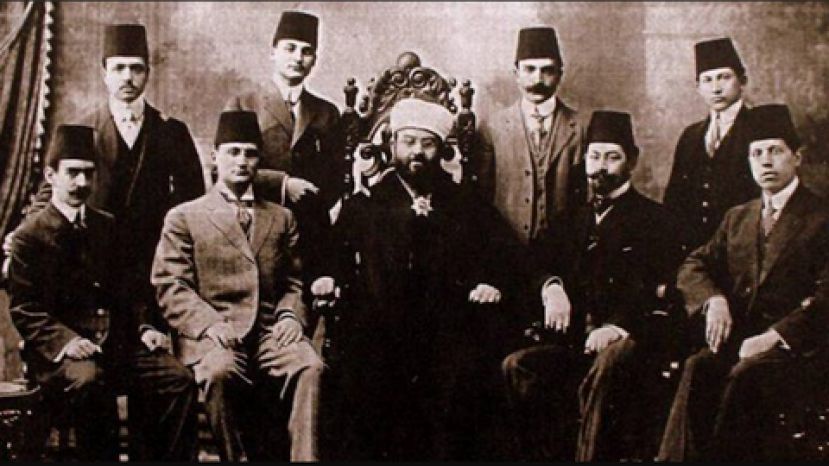 At its zenith, the Ottoman Empire spanned Hungary and Algeria in the West to Armenia in the East and contributed heavily to the large volume of goods that moved through the port of New York City (NYC). Beginning in the late 19th Century, a significant Ottoman presence was established in the city, and included an entire residential and commercial area called Little Syria, which was home to Ottoman subjects from Greece, Syria, Lebanon, Jordan, Armenia, and Palestine.

The history of Ottoman New York is now at the heart of a walking tour led by historians Todd Fine and Isil Acehan. During the tour, Fine explains: “For the Americans and British, everyone was a Turk whether you were Syrian, Armenian, or from this Ottoman region. In the 17th Century when New York was founded as New Amsterdam, the Spanish and Ottomans were world powers and the British and Dutch were on the periphery dealing with the Ottomans in shipping and piracy.”

In the late 1800s, thousands of immigrants from Greater Syria arrived in New York City, despite an emigration ban put in place by the Ottoman Empire until 1896. Acehan said the main trigger for this was the arrival of American missionaries in Anatolia in the mid-19th Century. Anatolians were exposed to the US and learned there were jobs and that they would have money when they migrated.

Armenians also started migrating because they attended missionary schools and could speak English. After migration started and money started trickling back home, there was a domino effect. The declining economic conditions in the Ottoman Empire accelerated emigration numbers.

Fine said that immigration from the Ottoman Empire was so substantial that by 1914 it was estimated that 20 percent of the population was in diaspora in the US and Latin America.

Customs House was the place where federal customs duties on imported goods were collected in NYC. It is the first port of call on the walking tour as Fine said he wanted to start the tour on a more “provocative” note to see “how we perceive ourselves as Americans or Westerners against the Ottoman Empire”. Customs House was built at the turn of the 20th Century by Daniel French and portrays sculptures representing Asia, America, Europe, and Africa. Describing Asia, Fine explains: “There all these stereotypes that invoke this orientalist framework.” Asia’s feet are resting on a footstool with three human skulls underneath. Beside her are three men, who are emaciated, hunched over and almost naked. One of the men has his hands tied behind his back while another has his head on the ground, and looks like he is either in submission, crying, or begging. Asia has a buddha in her lap and a poppy flower in her right hand, with a snake slithering up the stem.

The consulate was originally based in the Cheeseborough building in State Street until 1906. It was located beside the Hudson River waterfront, with its bustling docks and piers and a steady stream of ships from all over the world.

Sultan Abdul Hamid II appointed Alexander Webb - one of the earliest American converts to Islam - as the honorary Turkish Consul General. Webb was a writer and publisher, and had also been the US Consul to the Philippines before he resigned from the State Department.

In 1906, the consulate moved a few blocks away to the Importers/ Exporters building in Pearl Street. The area was home to many other trade buildings.

One of the Turkish consular officers working there was called Mustafa Bey. He had eloped with his Armenian sweetheart Hranoush Agaganian to NYC because their families did not want them to get married. She was called Madame Bey and became a celebrity after she opened a boxing club and trained some of America’s most famous boxers such as Max Schmeling and James Braddock (known as Cinderella Man).

Acehan tells the story of another Turkish consular officer, Mundji Bey, who was renowned for his love of luxury and had a room in the Waldorf Astoria for many years. When the Young Turk Revolution occurred in 1908 and led to the establishment of a constitutional government in Turkey, Mundji Bey announced he would control the embassy. He declared an amnesty for all political fugitives of the Ottoman Empire. He apparently told The New York Times at the time that his country was as free as the US.

The cigarette factory was established by Morris (born Musa) Schinasi, a Turkish Sephardic Jew who came to the USA in the 1890s. He designed a cigarette rolling machine and exhibited cigarettes he made with it at the 1893 Chicago World Fair. After meeting with success at the fair, he set up a small factory in Broad Street with his brother Solomon to produce ready-made cigarettes. Their success was based on importing expensive high-quality Turkish tobacco to the US. They brought other Sephardic Jews from Turkey to work at their factory. Sultan Abdul Hamid II awarded Musa Schinasi a medal of honor for his services to the Ottoman Empire.

Benches in the tiny park pay homage to major literary figures who called Little Syria home, including Lebanese poet and artist Kahlil Gibran. Gibran is one of the best selling poets in American history, celebrated for his book The Prophet (1923). Gibran immigrated from Lebanon to the US at the age of 12 in 1895. In 1920, along with a group of writers, he reformed the Arab-American literary society The Pen League in NYC. Lebanese writer and political activist Ameen Rihani was a member. Rihani is considered the founding father of Arab-American literature and his The Book of Khalid (1911) was the first English novel by an Arab-American writer and was also set in Little Syria. He emigrated to NYC at the age of 11 in 1888.

In 1910, the Ottoman Consulate decided to open a mosque on Rector Street. The imam of the mosque was a Russian man called Mehmet Ali, who was well-educated and fluent in six languages. The mosque was not just used by Ottoman subjects, but also by Muslim sailors on British ships who hailed from countries such as Yemen and Sudan. In 1912, the New York Sun published an article entitled ‘Muhammedans now have a place of worship here’.

Fine pointed out the site of the former mosque – now a Holiday Inn - is around the same distance from the World Trade Center as the proposed site of the Ground Zero mosque, which was controversial.

Washington Street was one of the main streets in Little Syria. It was made up of dozens of tenement buildings and shops. Today, only one tenement building remains and is located at 109 Washington Street. It is still rent-controlled and has a Greek landlord. Settlement House was built in 1925 to provide a location for immigrants to learn English and receive social support. It became a Buddhist temple briefly in the 1920s and consequently stone buddhas were added to the front of the building. The building is currently derelict.

The former St George’s Syrian Catholic church remains in all its former glory at 103 Washington Street. The church, built in 1812, was known to be a Melkite church. The Melkites trace their history to the early Christians of Antioch in Syria. The word Melkite is derived from Syriac and Arabic words for king. After the church went out of service, it first became a boarding house, then allegedly a brothel, and later a pub. It was bought in 2007 by a Chinese investor and is now the St George Tavern, a restaurant serving up American and Chinese food.

St Nicholas Greek Orthodox Church was originally located at 155 Cedar Street and was destroyed after the World Trade Center collapsed in the wake of the September 11 attacks. It is in the process of being rebuilt and has been beset by delays and has exceeded estimated costs.

Fine said: “As historians, we think it’s important people know there is a Greek church beside the World Trade Center. It’s because it was part of Ottoman New York.”

More in this category: « Visit Istanbul Will be Istanbul's Open Door to Tourism