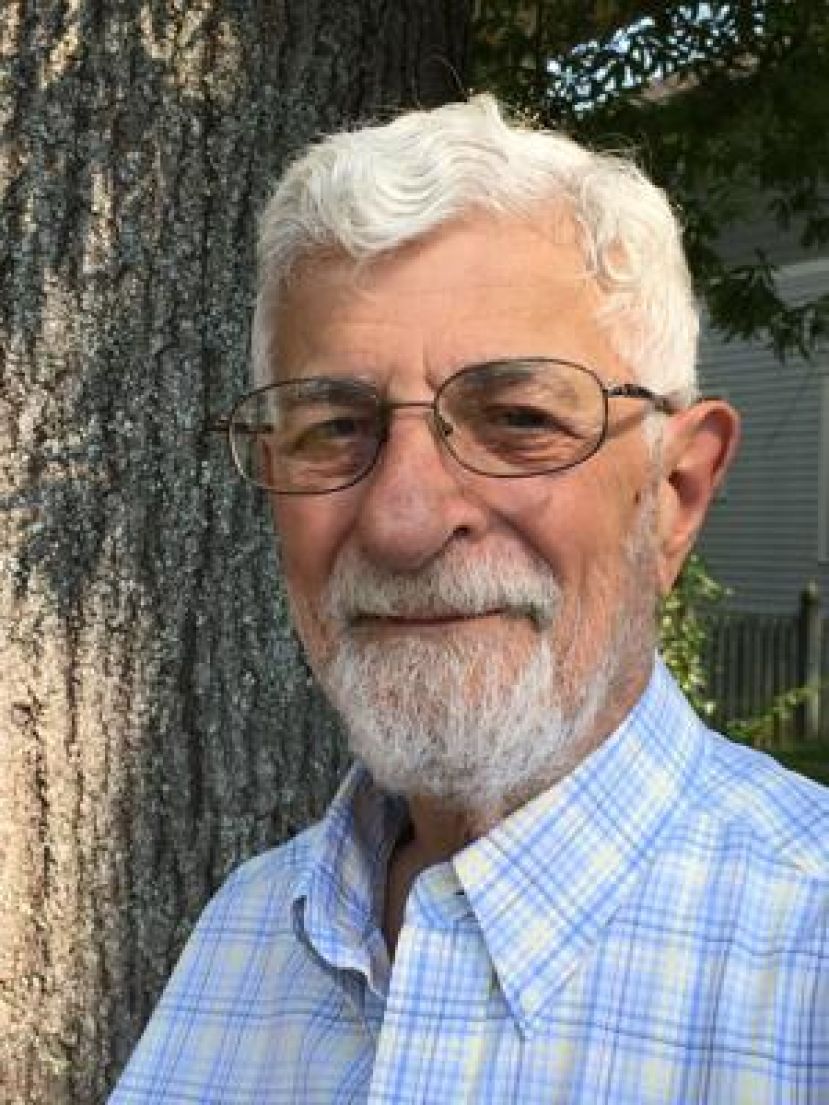 Actual walls made of brick or stone, such as the one President Trump would like to build between the U.S. and Mexico, are built as physical borders to protect a large-group identity psychologically, a professor said Wednesday. “So America, the great, will be psychologically protected,” said  Dr. Vamik Volkan, emeritus professor of Psychiatry at UVa. Volkan, author of more than 50 books and a Nobel Peace Prize nominee, spoke Wednesday night at Waynesboro Public Library on "The Psychology of Immigrants and Refugees.” Sherry Von Oeyen of Staunton, who attended with her husband Bob,  said she felt she learned something from Volkan’s talk about immigrants and refugees, and she does not want the U.S. to build walls.

“We thought this was extra important to have a better understanding of what the immigrants go through,” she said about attending the event. The  Von Oeyens are self-described Christians. “We are all God’s children, and we are all important,” Sherry Von Oeyen said.

She added that we all need self respect, and that our differences can be beautiful. So many human needs are the same and she prefers to focus on what she has in common with others, not on differences.

“Our society has been so enriched by refugees,” Bob Von Oeyen said.

Linda Jones of Waynesboro attended Volkan’s talk Wednesday night because she thought it would be interesting after reading a novel called “On Tyranny: Twenty Lessons from the 20 th Century,” and given the President Trump administration “and the xenophobic attitude that is just rampant.”

Jones’ father came to the U.S. from Germany in 1958, and she still has family in Germany, “and it’s not very kind the attitude [toward refugees] prevalent over there.”  She said she hoped she would learn something from Volkan’s talk, and she was glad to have a talk like his available about such a topic in a conservative community.

On Wednesday night, Volkan said he determined refugee stories are like fingerprints: no two stories are alike, a fter many years of studying refugees in his native Cyprus, Tunisia, Georgia and the former Yugoslavia, and serving as physician to Holocaust survivors.

Yet, all refugees go through two conditions after displacement: mourning and identity confusion.

And all refugees face treatment as “the other” in their host country.

Large-group identities, such as are created by residents of a country or large community, create what Volkan calls “border psychology,” or the need to maintain their identity by building a psychological wall between themselves and “the other.”


Mourning “is some psychological process we all go through,” and refugees experience it as they face many losses — of family, culture, home and identity.

“That means you have to mourn,” Volkan said of any loss in life. “When someone dies, you physically bury that person,” but mentally the mourner does not. Mourning creates an intense mental double in anyone stricken with loss, a mental double of the loved one lost that does not die after the loved one has died.

Because small children do not have a stable mental double yet, mourning differs in childhood, adolescence and adulthood.

However, Volkan said, mourning “enriches you,” and makes humans capable of growing as individuals and learn to persevere through loss. The same is true with refugees. They are not the same person after becoming a refugee that they were in their home country.

Volkan knows personally about becoming a refugee. After graduating medical school in Cyprus in 1956, he found that his citizen status did not permit him to obtain a good job as a physician. The U.S., on the other hand, was experiencing a doctor shortage, so he emigrated in the late 1950s. He came to UVa in 1963.

Also in his research with refugees, Volkan learned that most of them have linking objects, an item that they hold on to that links them with who they were before becoming a refugee.

In the same respect, countries often build monuments and memorials after war, to link them with the conflict and loss suffered. After the Civil War, statues were built to Confederate soldiers in the American South. After World War II and the Vietnam War, the World War II Memorial and the Vietnam Veterans Memorial wall were built in D.C. Unfortunately, monuments and memorials are often the first items individuals want to destroy when they begin to question their identity as part of a large group. (By REBECCA J. BARNABI - www.dailyprogress.com)