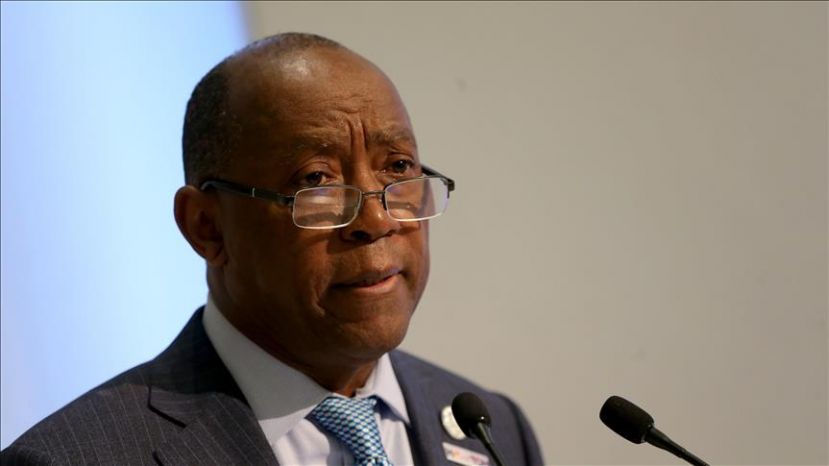 By Ebru Sengul, ISTANBUL, AA - Turkey has done an excellent job in hosting the 22nd World Petroleum Congress (WPC), Sylvester Turner, the mayor of the U.S. city of Houston, Texas, told Anadolu Agency on Thursday. Speaking exclusively to the agency, the Congress' global communication partner on its sidelines, Turner hailed Turkey's hospitality throughout the Congress. "The Turkish national organizing committee has moved the World Petroleum Congress forward. I have nothing but praise for all the representatives. They have set the bar very high for Houston for hosting the Congress in 2020," he asserted. Responding to the question of the U.S.' future policy on shale gas production, Turner said that susceptibility of the industry is linked to fluctuating oil prices and factors leading to price formation.

"The production of shale has really been a boom for the U.S," he asserted.

The target for the U.S. LNG market, as one of the world's biggest LNG exporters, will probably be the European market, according to Turner.

"We just started an economic trade mission to London. We talked with the people in the U.K. and then we went to Germany. In fact, we are going back to Germany after we leave the World Petroleum Congress in Turkey, but I think we are looking at several markets throughout the world," he explained.

LNG is an area that generates a great deal of interest, he said.

"We are looking to identify all potential markets to enhance our trade and opportunities," he concluded.

Galen Cobb, vice president of Industry Relations at Halliburton and chairman of the U.S. national committee for the WPC, said the Congress, although small in size, was of superior quality.

"For me, from a participant's perspective, this has been one of the best congresses that I have ever attended, and I have been to many over the years," Cobb asserted.

He said the venue chosen for the Congress facilitated the interaction between participants.

"We really thank the Turkish national organizing committee for all their hard work," he said.

The American Petroleum Institute (API) Senior Director of Business Development and Membership and secretary for the U.S. national committee for the WPC, Gerardo Uria, also praised Turkey's hosting of the Congress.

"We are very pleased. We understand that there were a lot of challenges. Even though there were last minute additions and people dropped out, the level and quality of the presentations and discussions were superior. Also for us, [as the next host nation for the 2020 Congress], we have learned from watching the Turkish national committee's organization of this event, and there are things we can take away for 2020," he concluded.

The triennial World Petroleum Congress is widely known as the "Olympics" of the petroleum industry and covers all aspects of the industry from technological advances in upstream and downstream operations to the role of natural gas and renewables, the management of the industry and its social, economic and environmental impact.

Following Turkey's hosting of the 22nd World Petroleum Congress between July 9 and 13 in Istanbul, Houston will be the next host for the event in 2020.

More in this category: « US Response to Coup Bid in Turkey Disappointing: Envoy Tunc Doluca Disclosed the Sale of 6,000 shares of Maxim »