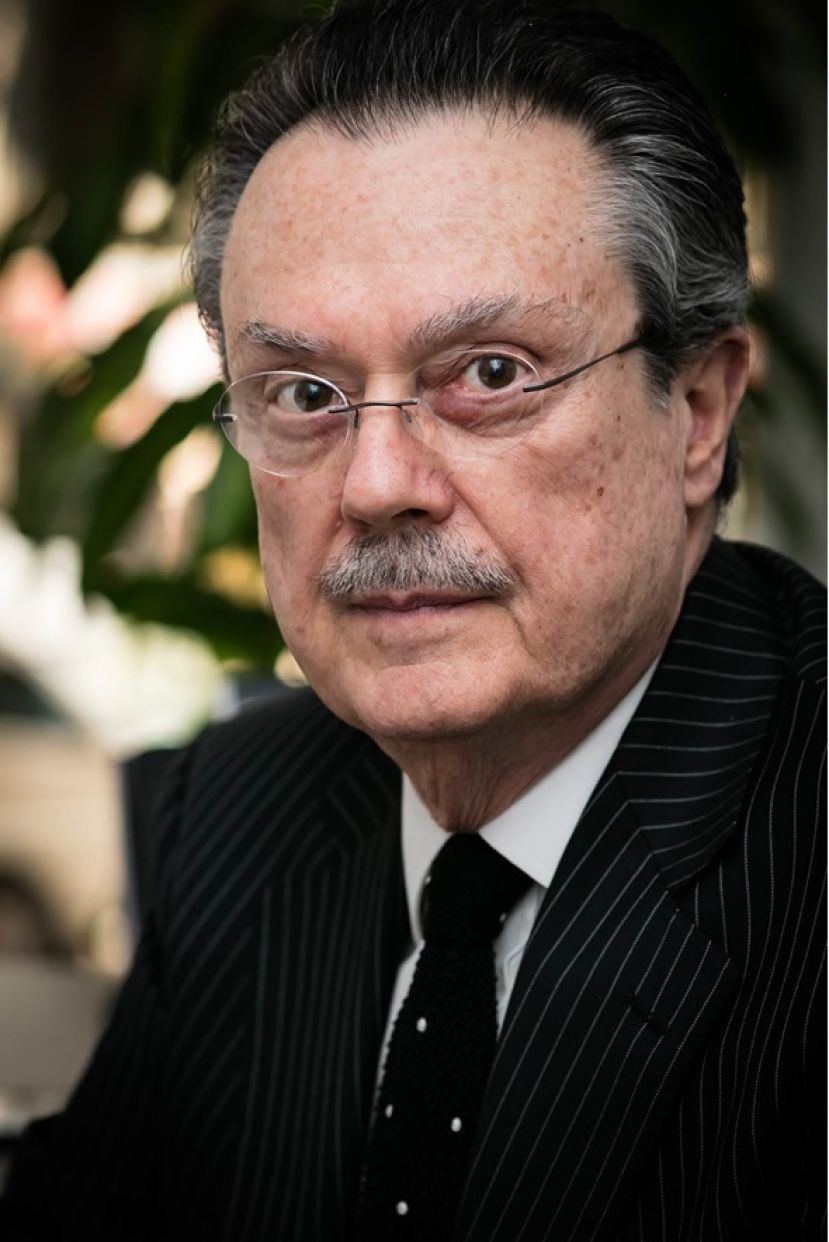 By Cemil Özyurt- Sultanzade Touran İbrahim Rateb is son of Mihrişah Selçuk Sultan who is granddaughter of Sultan Abdulhamid II. He was born in Egypt in 1950, where a number of the Ottoman families were welcomed by the Egyptian royal family. The first time he remembers Turkey was in 1978 when he traveled with his wife and daughter. After having completed hotel school in Switzerland, Sultanzade Rateb had the opportunity to work in South America, Europe and the US. He is in Mexico for the third time, which he finds to be an endearing country. TURKOFAMERICA talked to Sultanzade Touran İbrahim Rateb.

Would you tell us little bit about yourself?
I was born in Egypt in 1950, where a number of the Ottoman families were welcomed by the Egyptian royal family. If my memory serves me correctly, before the Egyptian revolution, there must have been 50 male members and 50 female members of the Ottoman family who had settled in Egypt. We took every opportunity to get together for various occasions such as weddings, birthdays, holidays, and we have all kept in close contact.

You were born in Egypt and many Ottoman exiled family members used to live there. Did you have any connections with other family members while you were in Egypt or other country? When you were a child, were you spending time together with any member of Ottoman family?

We all share the privilege and honor of being members of the Ottoman dynasty. My mother was born in 1920 and was exiled at the age of four. She left Istanbul for Paris with her father, Şehzade Abdurrahim Hayri Effendi, and her grandmother, Peyveste Hanim Effendi, wife of Sultan Abdulhamid II.

What about your mother’s side?
My mother’s situation was exceedingly complicated, so much so that her mother, born Princess Emine Abbas-Halim, from the dynasty of Kavalali Mehmet Ali, married (second marriage) Kemaleddin Sami Pasha, the ambassador of the Turkish Republic in Berlin, where my mother Selçuk Sultan lived for a short time at the embassy.

While they were not allowed to enter Turkey, right?
She stayed there until she was anonymously denounced, and it was made public that an Ottoman Sultan was on Turkish territory; this resulted in a second law of exile created just for her. At that point, she rejoined her father and her grandmother in Paris, where she lived until she was 18 years old.

In order to get to know her mother’s family, her grandmother, Princess Hadice Tewfik—daughter of Kedive Tewfik and sister of Kedive Abbas-Hilmi II—had my mother come to Cairo, where she met her cousin, Djezouli Ratib the son of Princess Mahivesh Fazil, granddaughter of Prince Mustafa Fazil Pasha, who was twice the Minister of the Ottoman Empire and one of the founder members of the Young Ottomans, as well as one of the initiators of the newspaper Hürriyet, and of Ibrahim Ratib bey, descendant of Tossyali Ebubekir Ratib Effendi once Reis ul Kitab, who sent to Vienna to negotiated the peace treaty between the Ottoman Empire and the Czar of Russia under Sultan Selim III.

I think she went through two revolutions, right?
Yes, my mother went through two revolutions; the Turkish Revolution (1924) as well as the Egyptian Revolution (1952), because she was also part of the Egyptian royal family. It is evident that both my mother and other members of the Ottoman family suffered the exile, but did indeed with great dignity. However, they were unable to heal the wounds of being far from their beloved homeland. Turkey was always present in our conversations and thoughts. Once the exile law was lifted for Sultans and their descendants, we all returned, my mother, my sister and I to Turkey for a short visit. I was three years old at the time, thus I have no memory of this visit.

When was the first visit which you remember of it?
The first time I remember Turkey was in 1978 when I traveled with my wife and daughter. It was a very emotional trip for me, not only because I had finally returned to my motherland, but also because I met again dear members of my family whom I had not seen for a number of years. On this occasion, my dearest aunt Neslişah Sultan arranged several visits of the Palaces and museums, and organized dinners for us with other members of the family.

How long have you been in Mexico?
After having completed hotel school in Switzerland, I had the opportunity to work in South America, Europe and the US. I am in Mexico for the third time, which I find to be an endearing country. I believe that the Turkish diplomatic corps, represented by its Ambassador Oğuz Demiralp who has created many opportunities for Turkish as well as Mexican investors, does excellent work.

Would you please give some information about your children as well? Where did they study and what are doing as a profession now?
My profession has led us to live in a number of countries; my daughter was born in Rio De Janeiro, Brazil, and my son in Bogota, Colombia, where my wife, Anne de Montozon de Leguilhac, was raised. Our children accompanied us as we moved from country to country, and studied in Switzerland, England and Canada. My daughter, Fatima Nimet, married a Mexican, and has a two-year-old daughter, Nour, who was born in Mexico City. My son Karim married a Canadian lady and has two children, a six-year-old girl named Safiye, and a 3 three-year-old boy named Amir; both were born in the US.

Do you have a Turkish citizenship? Do you feel yourself as a Egyptian, Turkish or Ottoman?
No I do not have Turkish citizenship, but it would be a privilege to be Turkish. What do I feel? Well, my heart is in Egypt, but my soul is in Turkey.

More in this category: « The American Turkish Society Announces its Sixth Class of "Young Society Leaders" Meet the Turkish Developer Behind Ghost Buildings »