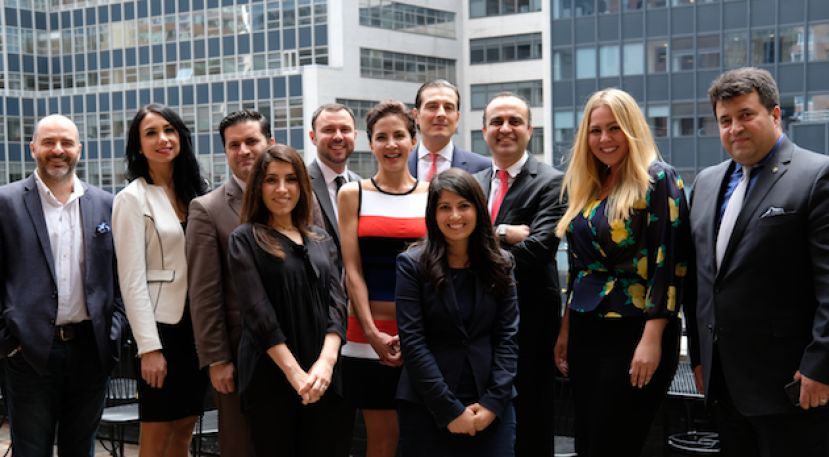 Nine senior Turkish-American executives who have worked in the hotel industry in New York were brought together by TURKOFAMERICA Magazine. For the first time, the Turkish executives, who have served at the top of New York's leading venues such as St Regis, Peninsula, Ritz Carlton, The Knickerbocker, Hudson, Roger Smith and Denihan Group, have gotten together.

On the other hand, Gül Türkmenoğlu has joined New York-based Denihan Hospitality as general manager of The Benjamin in midtown Manhattan.  She is the highest level of Turkish hotel executive in New York City. She will oversee operations, finance and sales and marketing for the 209-room luxury midtown Manhattan hotel, reporting directly to Edward Maynard, Denihan’s EVP, Operations. Türkmenoğlu brings over 25 years of luxury and lifestyle management experience to her new role, having served in leadership positions at a variety of hotels, both in Manhattan and internationally.

Cemil Özyurt, the co-founder of TurkofAmerica Magazine and Editor-in-Chief, said that they will organize such a meeting for the first time in order to increase solidarity and cooperate. The meeting was held at the Roger Smith Hotel on Lexington Avenue, hosted by Güngör Küçük Bağ, the director of the Roger Smith Hotel.

More in this category: « The Turk That Has Brought Together the Real Estate World of New York Turkish Businessman Murat Güzel Awarded Ellis Island Medal of Honor »