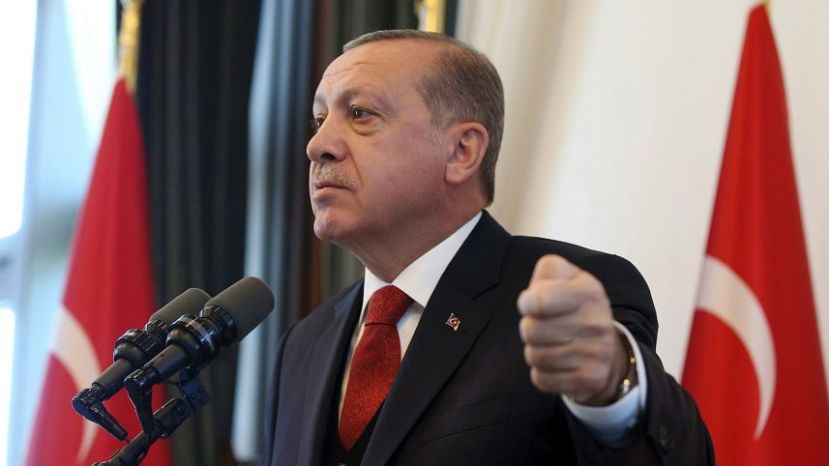 Turkey's Justice Ministry said on Tuesday it had cancelled a planned study visit to the United States due to the widening diplomatic row between the countries over the issuing of visas.  Local media earlier reported that U.S. authorities had rejected visa requests from members of the delegation, but the Justice Ministry said it had taken the initiative and cancelled the trip.  "Due to the recent visa crisis between the two countries, the visit was cancelled by our Ministry," it said in a statement, adding that there were no visa applications to be rejected. The delegation had planned a study visit to the United States, at the invitation of U.S. authorities, between Oct. 29 and Nov. 4, the ministry said. The pro-government Daily Sabah newspaper said the delegation had planned to study the U.S. penal system and visit American prisons.

Washington this month stopped issuing visas at its missions in Turkey, citing safety concerns for its staff following the arrest of two U.S. consular staff, both Turkish nationals.

The crisis has weighed on the lira currency and alarmed some investors. On Tuesday, a group of leading Turkish and U.S. businesses urged both governments to resolve the dispute.

In May, a translator at the U.S. consulate in the southern province of Adana was arrested and, more recently, a Drug Enforcement Administration (DEA) worker was detained in Istanbul. Both are accused of links to last year's failed coup. The U.S. embassy has said the accusations are baseless.

Turkish police want to question a third worker based in Istanbul. His wife and daughter were detained over alleged links to the network of U.S.-based cleric Fethullah Gulen, blamed by Ankara for orchestrating the abortive putsch. They were later released.

Turkey has been angered by what it sees as U.S. reluctance to hand over the cleric Gulen, who has lived in Pennsylvania since 1999. U.S. officials have said its courts require sufficient evidence to order his extradition
Gulen denies any involvement in the failed coup.

More than 150,000 people in the police, civil service and private sector have been sacked or suspended from their jobs in the crackdown that followed the failed putsch. Some 50,000 have been detained.

Rights groups and Turkey's Western allies have expressed concern that Turkey is using the coup as a pretext to quash dissent. Ankara says the measures are necessary, given the extent of the security threat it faces.

Turkey has also been enraged by Washington's support for the Syrian Kurdish YPG militia in the fight against Islamic State. Turkey regards the YPG as an extension of the outlawed Kurdistan Workers Party (PKK).