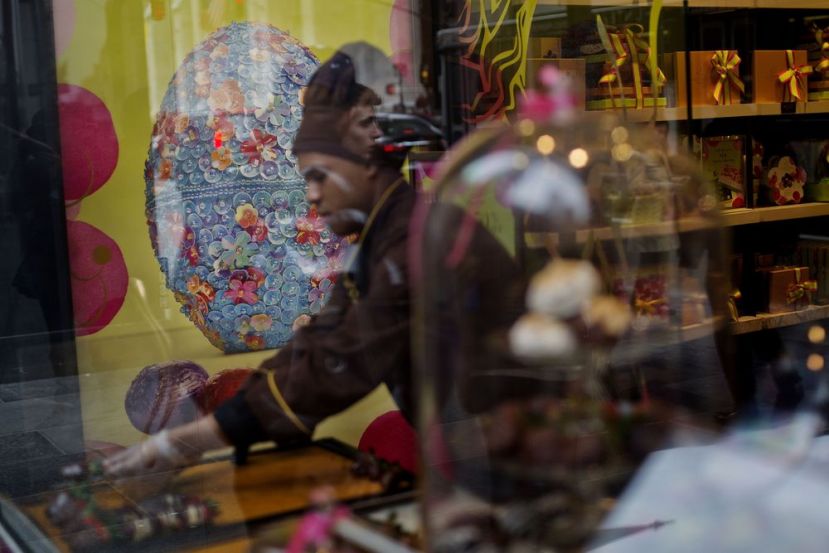 Yildiz Holding, owner of companies including Godiva Chocolates and United Biscuits, requested the largest loan ever from Turkish banks, citing difficulties with an existing finance structure that requires it to make monthly loan repayments that can reach more than $1 billion. In a letter to 10 banks dated Jan. 29, Yildiz asked them to create a consortium, syndication or joint finance group to consolidate their loans to Yildiz. The letter, which was viewed by Bloomberg and verified by two people with direct knowledge of its contents, was signed by Yildiz Holding Chief Financial Officer Mustafa Tercan and Ali Ulker, deputy chairman of the board.

The request reveals previously unknown financing challenges at one of Turkey’s largest conglomerates, a company that earns about $12 billion in annual revenue and employs more than 60,000 people around the world. Yildiz’s letter said it was burning $10 million to $30 million a day, or $500 million to $600 million a month, to repay its mostly short-term spot loans. The repayments required in February exceed $1 billion, it said.

Yildiz requested that the banks consolidate their respective loans into a single credit with a maturity of nine years, and asked that they grant it a three-year grace period before repayment begins. It said interest-only payments should begin in the fourth year, with principal payments starting in year five. Representatives from the company and the lenders met on Tuesday in Istanbul to discuss the proposal, according to people with direct knowledge of the matter.
Long-Term Loan

In a separate letter to employees sent on Friday, Chairman Murat Ulker said that the company had agreed to a long-term loan of $1 billion on the terms it requested, without providing additional details. Yildiz and Akbank TAS, Turkey’s second-largest private bank, made a deal, according to two people with direct knowledge of the matter, who asked not to be named because the talks are private.

Representatives for Yildiz and Akbank declined to comment to Bloomberg on Saturday.

The letter to the banks said Yildiz was in talks about sales and initial public offerings that could raise hundreds of millions of dollars. It said most of the income from company and asset sales, IPOs and land projects would go toward repaying the loan, which would be Turkey’s largest, exceeding the roughly $5 billion extended to builders of Istanbul’s third airport in 2015 and $4.8 billion to the buyer of Turkish landline phone monopoly Turk Telekom in 2013.
Patriotic Sentiments

Yildiz executives appealed to the bankers’ patriotic sentiments, saying a new loan of $6 billion to $7 billion from banks in Turkey would “show our people and the world how strong our country, our banks and Turkish firms are.”

Yapi Kredi, owned by local conglomerate Koc Holding AS and Italian lender UniCredit SpA, has the largest exposure to Yildiz and is leading the negotiations on behalf of the banks. It declined to comment.

Ulker has been Turkey’s richest man since 2015, according to Forbes, which last estimated his fortune at $3.7 billion. He was embroiled in controversy last year after pro-government media accused his company of financing the movement blamed for a 2016 coup attempt against President Recep Tayyip Erdogan. Ulker denied the allegations.

Yildiz has been consolidating its confection holdings, which also include DeMet’s Candies, Ulker Biskuvi and McVitie’s, under a U.K.-based vehicle called Pladis Global. Yildiz plans to hold an IPO in Pladis in London in 2019 or later, Tercan, the CFO, said in August last year.