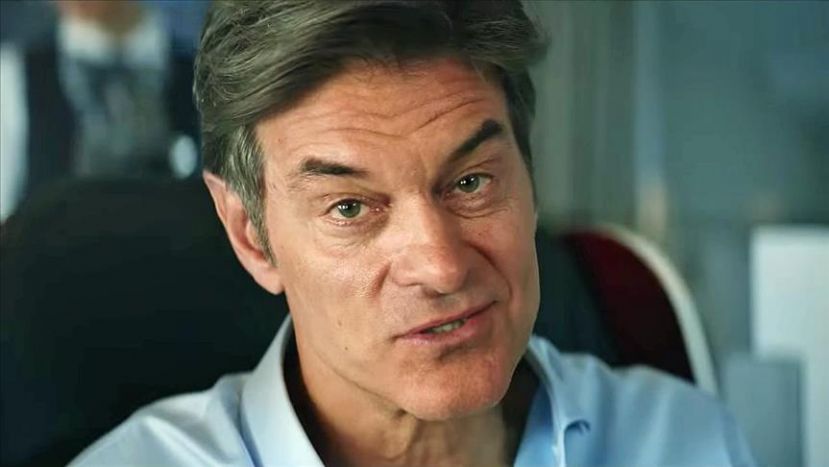 “As the airline that flies to more destinations than any other, Turkish Airlines is our top global brand,” Dr. Oz told Anadolu Agency in an exclusive interview.

“The commercial during the Super Bowl was an amazing success. It was followed by millions on television and social media,” he said.

More than 110 million people in the U.S. tuned in to watch Super Bowl LII this year. The commercial, which was released during the early first quarter of the game, was also watched 15.2 million times on YouTube, more than 700,000 times on Facebook with thousands of likes and shares in less than a week.

During the 90-seconds commercial, Dr. Oz, aboard a Turkish Airline airplane, says “There is a world of miracles inside our bodies,” and highlights the five senses of the human body.

“It is a commercial that tells us how we see, hear, smell, taste and touch. For example, our eyes can see 10 million shades of color,” he told.

“The commercial also tells us how rich and vivid we perceive the world through our five senses. But, more importantly, how important it is to understand our power when we look inside ourselves,” he said.

During the commercial, people are seen looking up to the sky in Sweden, watching vivid colors of northern lights, and an individual swimming with whales in the ocean hearing their unique sounds.

“Our noses can distinguish more than a trillion scents,” Dr. Oz says during the commercial as he walks through the five-centuries-old The Grand Bazaar in Istanbul where thousands of different spices are sold.

Noting that the commercials were shot in Turkey, Sweden, the Americas, Asia, and the Middle East, Dr. Oz said “It is an incredible honor to be part of the Turkish Airlines ‘Five Senses’ campaign. We have been working on it since July.”

“This campaign provides an amazing value for Turkey as well. Let’s not forget how creative the Turkish people are,” he said, adding that there will be five more commercials to be released within the ‘Five Senses’ campaign.

Previous campaigns and commercials by the Turkish Airlines saw global superstars from the sports and entertainment industry, such as FC Barcelona football player Lionel Messi, basketball legend Kobe Bryant, and a number of Hollywood stars.

Two-time Academy Awards winner Ben Affleck starred in a commercial as part of Turkish Airlines sponsored ‘Batman v Superman: Dawn of Justice’ movie during Super Bowl L in February 2016 that was watched by 112 million viewers in the U.S.

He also emphasized the importance of exercise for the human body to remain strong.

“What hurts the human body is weakness. When we are weak, our bodies cannot sustain itself and we feel ill. If you do not exercise, you cannot be strong,” he said.

Dr. Oz stressed that stair climbing combines cardio and strength, and concluded by saying “It can even be done in cold weather if you do not want to go outside. It is an amazing exercise especially for those who live in metropolitan areas.”

More in this category: « Yildiz Asks Banks for Biggest Ever Turkish Loan The Chobani Way: Insights to Build Culture and Community »