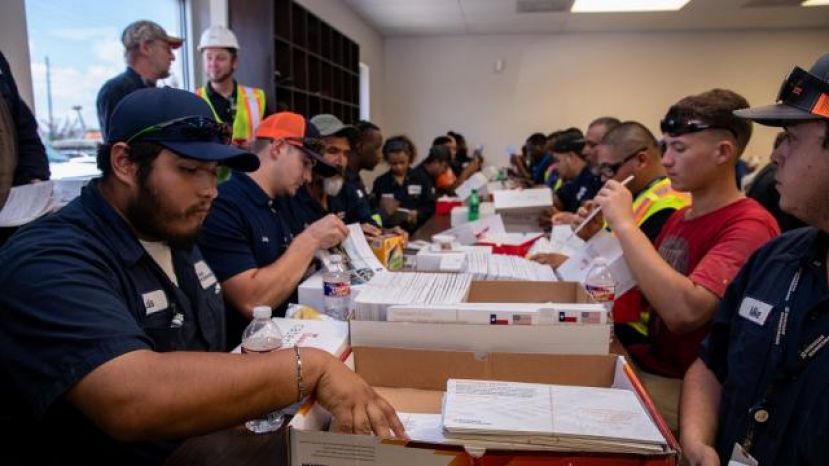 Workers and family members of workers at a Texas steel pipe manufacturer have sent the White House more than 4,500 postcards urging President Trump to grant the company an exemption to his recent steel and aluminum tariffs. Employees and their families at Borusan Mannesmann's Baytown plant urged the Trump administration to support a tariff exemption for the Turkish company, which imports steel tubing and casing for its finished products from its parent company in Turkey.

"We ask for your help to obtain a short-term exemption for Section 232," the postcards addressed to Trump read, "so we can unlock an investment in a $75 million dollar steel pipe mill, increase our U.S. production of [oil country tubular goods], and add 170 new jobs in Baytown which currently suffers from a 10% unemployment rate."

The Baytown plant, which employs approximately 264 and supplies Texas's petrochemical industry, would be able to unlock a $25 million investment if the exemption were to go through, according to the company's press representatives.

But the expansion was thrown into jeopardy by the Trump administration's new tariffs on steel and aluminum, which the company estimates will cost an extra $25 million to $30 million per year.

The Trump administration announced the implementation of the tariffs last week, sparking ire from U.S. allies who called the duties on steel and aluminum an insult to longstanding military partners.

"Canada is a secure supplier of aluminum and steel to the U.S. defense industry, putting aluminum in American planes and steel in American tanks," Canadian Prime Minister Justin Trudeau said in a statement. "That Canada could be considered a national security threat to the United States is inconceivable." (By John Bowden, http://thehill.com)