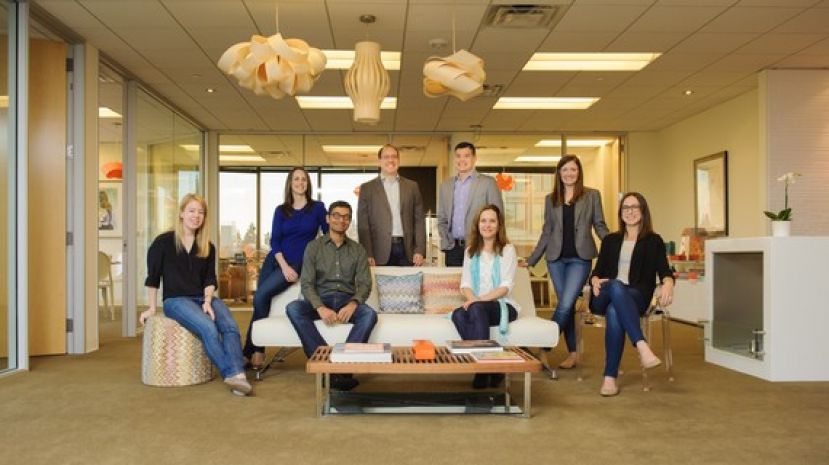 Over the past 10 years, Aydin and the Felicis Ventures team have helped 11 companies grow to over $1 billion each. They also assisted 36 portfolio companies surpass the $100 million mark. Out of their 180 investments, 60 have turned into notable exits. That would be considered quite a great track record. I wanted to discover what made Aydin Senkut so successful at venture capital, so I sat down with him to get his thoughts on investing, working with entrepreneurs, and the journey he’s taken to grow Felicis Ventures to its latest fund size of $200 million. Aydin is fond of saying that “the only constant is change.” When you’re a venture capitalist constantly searching for the next great company, that’s an understatement if there ever was one. Here is what he and his team focuses on to find, back, and support the best founders.

Aydin believes that he’s been able to navigate the turbulent waters of startup investing primarily by having an “antifragile” mindset that removes many constraints favored by traditional investors. Diversity is one of his team’s greatest strengths: “global DNA” allows Felicis to cast a wider net in identifying promising opportunities and relate to a broader swath of founders.

But how do they pick and choose the right entrepreneurs and businesses to invest in? Aydin looks for founders who can envision how things will look if everything goes right, and can answer two important questions:

Number one, what is it you need to sell? It has to be very simple. It’s not something that takes ten Powerpoint slides...

The second thing is the ability to articulate success...Some founders have a very, very keen sense of what that success looks like, what really matters to get there and what the key leverage points are.

So rather than basing his decision on a particularly promising business model or idea (in other words, trying to predict the “right” business), Aydin first finds the right entrepreneurs — the ones able to define what success looks like to them — and then makes a decision from there.

Most investors would agree that a venture capitalist’s primary responsibility is providing the money to keep things running smoothly. But Aydin doesn’t see it that way. He sees money as a means to an end, and connecting the team he’s invested in with the right people to be of far greater importance.

If you’re an entrepreneur, you’re building a company and you need a tool set...Venture capital is just one of those things that’s available to you...it’s fuel for growth.

In other words, money will only get you so far because it’s just one variable in a very long and complex equation. Anyone can write a check—it takes more finesse to help a company grow and succeed beyond expectations.

The best way to utilize venture capital is...finding the people that have the right connections, network and experience...Otherwise it’s just like going to the bank.

Aydin helps guide companies through each stage of growth by introducing them to the right connections in an attempt to engineer serendipity and maximize the chances for successful outcomes.

What it comes down to is every company goes through many, many steps, but there is about one critical step...Being able to help them in those pivotal moments is probably the most important contribution that we make.

One of Aydin’s favorite anecdotes is about Rovio, the company that made Angry Birds, and Shopify:

Rovio came to us...it was the first time they were planning to launch an ecommerce initiative selling branded items like stuffed animals based on the Angry Birds characters, but they’re like, ‘We’ve never done an ecommerce store. We only have three weeks before Christmas.

At the time we’d just closed our investment in Shopify...I called [the CEO of Shopify] up, he put his best engineer in and Rovio was live in two weeks. Overnight it became the largest store in the Shopify platform.

It was a great connection because...it was a huge contributor to their revenues...It probably only took 45-minutes, but again this is what we call ‘engineering serendipity.’

4. Establishing trust with the founder and being on the same side

Everything Felicis does for the companies they invest in can be summed up by one impulse: trusting the founders and helping them however he can. Being on their side and being a cheerleader rather than an activist investor.

Honestly the biggest thing...is establishing a relationship with the founders...we have even publicly committed to voting our shares with them.

A huge part of being on the side of the founders is helping them to relate to you. Aydin believes his diverse team, underdog background, and innovative methods all help with that. But most important is knowing how to get founders to be transparent when the company isn’t doing well.

Rather than basically trying to prescribe what we think [the founders] need, we actually ask them, ‘Look, there are probably many things we can do for you. What is the one thing that is most important to you?’

When is it the right time for an investor to exit a company or pursue M&A?

I think the more important answer there is it’s the founder’s decision.

Where are the next billion-dollar opportunities?

Felicis Ventures believes that the “hot” new markets are next-gen gene sequencing, AI and deep learning, 3-D printing, verticals with trillions of dollars transacted, and vertical apps (apps designed for specific end users, like healthcare or construction). By constantly adapting and remaining flexible in its approach, they will be able to remain competitive in upcoming markets.

Aydin came to Silicon Valley from Turkey without any background in finance, yet he and his team have averaged one billion-dollar valuation each year since he started investing in startups. By trusting in the founders and valuing social capital more than monetary capital, he’s been able to grow Felicis Ventures and its investments in a way that few investors could ever hope to.

In a digital age of social connections, that’s one business insight we could all learn from.
- By Alp Mimar - Huffington Post