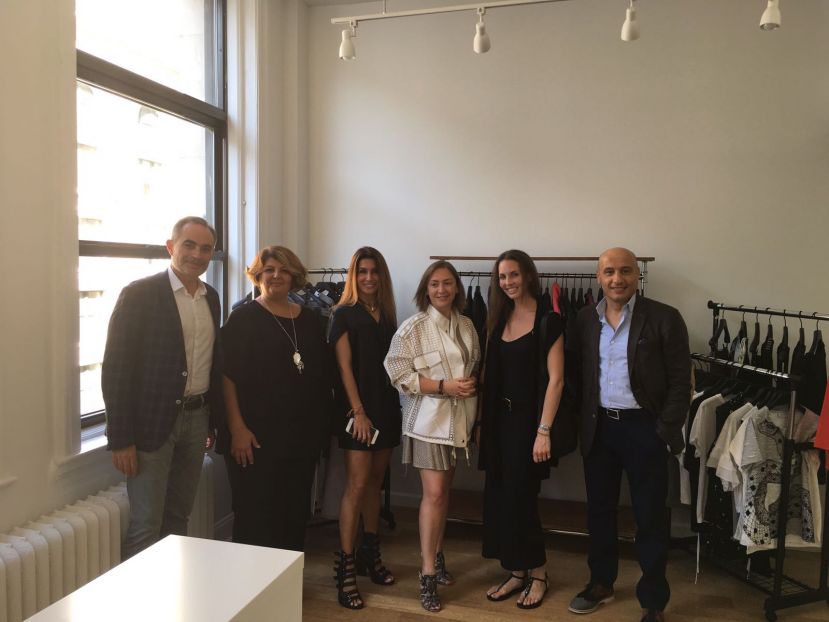 The Turkish Exporters Assembly (TİM) aims to open approximately 50 trade centers around the world in the near future, said Bahadır Öztanyel, the TİM Promotion Organization Domestic and Foreign Trade Inc. CEO. Öztanyel spoke to Anadolu Agency (AA) about the commencement of the Ready-Made Clothing Sector Trade Center, which opened in New York with support from the Economy Ministry and in the coordination with TİM.

According to Öztanyel, there are activities in the ready-made clothing, home textiles, carpets and business contracts sectors on the premises rented for the trade center in New York's commercial center of Manhattan. In addition to New York, another trade center started operating in the chemical and plastics industry in Chicago. Depending on demand from other sectors, Turkey aims to open more Turkish trade centers in various U.S. states.

Öztanyel emphasized the purpose of the Turkish trade centers is to establish showrooms that are open 365 days a year as continuously accessible places that give confidence to buyers in each country and to carry the Turkey brand one step further. He added: "When a delegation from Turkey comes to the U.S., they may stay two to three days, but foreign businessmen want to be able to easily reach and follow Turkish companies. In order to meet their demand, we ensure the confidence and accessibility that foreign buyers need by creating local showrooms open 365 days a year."

Stressing that foreign buyers can access Turkish companies at Turkish trade centers and meet them any time, Öztanyel said that TİM and TİM Inc., along with the Economy Ministry, plan to open nearly 50 trade centers around the world in accordance with Turkey's 2023 vision strategy. "Depending on the needs analysis responding to questions such as what sectors follow in Turkish trade centers and where they can become a brand, we find appropriate locations in the requested country and city, rent it and open a trade center there," he explained.

Öztanyel pointed to the Economy Ministry's communiqué on Supporting Foreign Units, Brands and Promotion Activities, explaining that it is aims to increase the exports of exporting companies in Turkey. "The concept behind this is: Think global, be local, so that foreign companies can access Turkish firms permanently."

Öztanyel remarked that thanks to these trade centers, the rents and refurbishment expenses of showrooms and staff recruitment of exporting companies are supported in foreign countries, which provides a significant cost advantage.

According to Öztanyel, Turkish companies that want to benefit from the Economy Ministry incentives go to business associations such as exporters' unions, industrial and trade chambers and foundations related to their sector, and said that the aim of the project is to benefit from the power that the sectoral movement will bring.

'Our aim is to convey our ideas in Europe to the U.S.'

Mustafa Gültepe, the vice president of the Istanbul Apparel and Apparel Exporters' Association (İHKİB), said that İHKİB aims to increase Turkish exports to the U.S.

According to Gültepe, prior to launching the quota in 2002, Turkish exports to the U.S. in this area were nearly $1.5 billion, and that after launching the quota, the export volume has fallen to $350 million to $400 million. "In order to regain our old power, we have opened our window to the U.S. to show the position of the Turkish textile industry with the support of the Economy Ministry, the organization of TİM and our leadership," he said. Stressing that they aim to increase exports with the marketing activities they have found, Gültepe said Turkish exporters are very strong in Europe and they aim to transfer their ideas in Europe to the U.S.Emphasizing that the ready-wear sector's target is to achieve its old export power within two to three years, Gültepe said it is trying to increase its export volume to the U.S. to $2 billion over the next five years.

More in this category: « How Aydin Senkut Helped 11 Different Companies Grow to $1 Billion Each JFK Airport Officials Solicit Master-plan Proposals for $10B Overhaul »