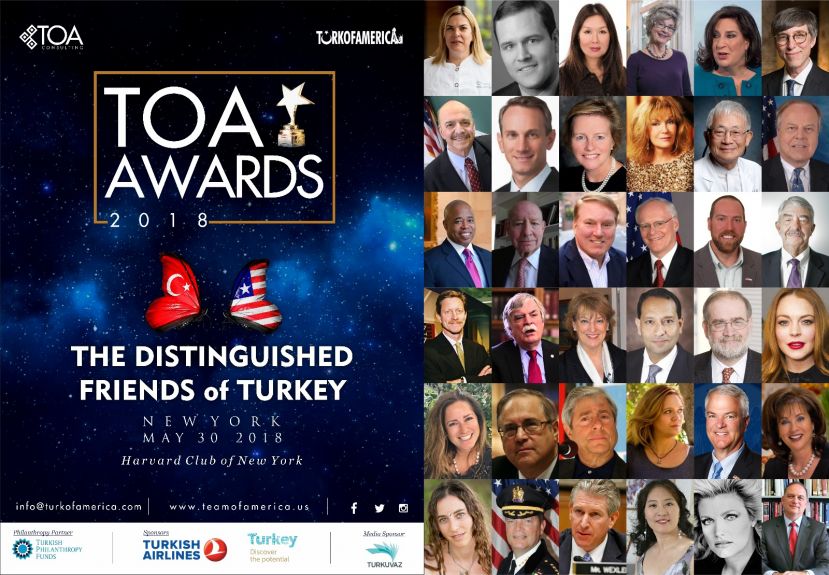 Cemil Özyurt, the Co-Founder and Editor in Chief of TurkofAmerica Magazine, reflected that friends of Turkey and Turkish people, who extend their unwavering support during a challenging period of time in US-Turkish relations will be always rewarded. Mr. Özyurt also mentioned that a group of 25 people have worked tirelessly to identify award recipients in 32 different categories, including: academia, business, archeology, literature, finance, and technology.

Cüneyt Gürkan, Executive Director of TOA Consulting and organizer of the event, announced that 250 special guests will attend the ceremony at Harvard Club in NYC on May 30, 2018. Mr. Gürkan also mentioned all the proceeds from the auction during the event, supported by non-profit charity organization Turkish Philanthropy Funds and Turkish Airlines, will be donated to charity projects in Turkey.