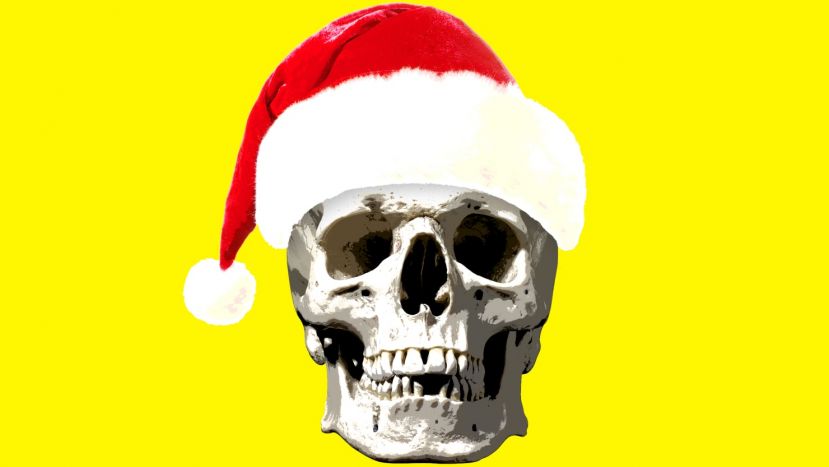 For locals of Demre, the inaccessibility of the tomb has some advantages. Until recently it was believed that the bones of St. Nick had been interred in a sarcophagus in the main church. In 1071 the tomb was raided by (other) Christians who sought to save the relics from the conquering Muslim Seljuq Turks by moving them to Southern Italy. A mere 16 years later, Italian sailors stole the bones and took them to Bari. To this day Italian Christians venerate the bones of St. Nicholas at the Basilica di San Nicola, where rumors swirled that the marble tomb excreted sweet-smelling “manna.” The liquid that dripped from the tomb was believed by many to be cure-all and was bottled for sale to pilgrims. It turned out to be water. Excavations in the 1950s revealed that the skeleton of “Nicholas” was resting in a pool of water, but the mechanics of the secretion remained debated (some argue it’s fraud, others that the stone tomb absorbs water from the ground and redistributes it to the tomb). But if the bones in the tomb under the church turn out to be those of Nicholas, then the Italian sailors stole fake relics. The bones of Nicholas would bring tourist dollars to the region (an early Christmas gift for people in Turkey).

The historical St. Nicholas himself was a 4th-century Christian bishop from Myra in Asia Minor (southwest Turkey). According to legend Nicholas was orphaned at a young age and raised by his uncle (also named Nicholas), who was also a bishop. His family was wealthy and would apparently throw gold coins through the window of a less affluent neighbor’s house in order to finance the dowry of his daughters. He is credited with a number of miracles to do with sailors and children. The most noteworthy is an encounter with an ancient day Sweeney Todd: an evil butcher who had murdered three children for their meat. Nicholas successfully resurrected the children and, as a result, became the patron saint of children.

Among devoted Christians, one of the best-known legends about “Santa” involves Nicholas’ supposed actions at the Council of Nicea in 325 CE. The Council of Nicea was called by the Emperor Constantine as part of an effort to standardize Christian beliefs and practices across the empire and to resolve certain particularly thorny doctrinal controversies. Among those controversies were the teachings of the Egyptian monk Arius of Alexandria, who had argued that there was “a time when [Jesus] was not” or, to put it crassly, that Jesus was a creature and thus not really God. According to popular lore, Nicholas was so enraged by Arius’ heretical teachings that he punched him in the face: “Saint Nicholas, noticing that Arius was about to quash all the archpriests and moved by divine zeal, rose up and gave him a slap that shook all his members.” Not that this wouldn’t make Santa a little badass, but the story itself comes from much later than the council itself—600 years later, in fact. As Roger Pearse has careful argued, there’s no historical evidence that Nicholas actually did this. Action hero or not, when he died in 343 he was buried in his cathedral church in Myra and rumors of manna began to circulate soon thereafter.

Has Santa been found dead in Turkey? At the moment the discovery is still in the realm of the hypothetical; until the tomb is excavated no one knows exactly what is in it. But this might turn out to be one of those rare occasions where it pays to tell one’s children the truth: Santa isn’t dead, he’s just not real.