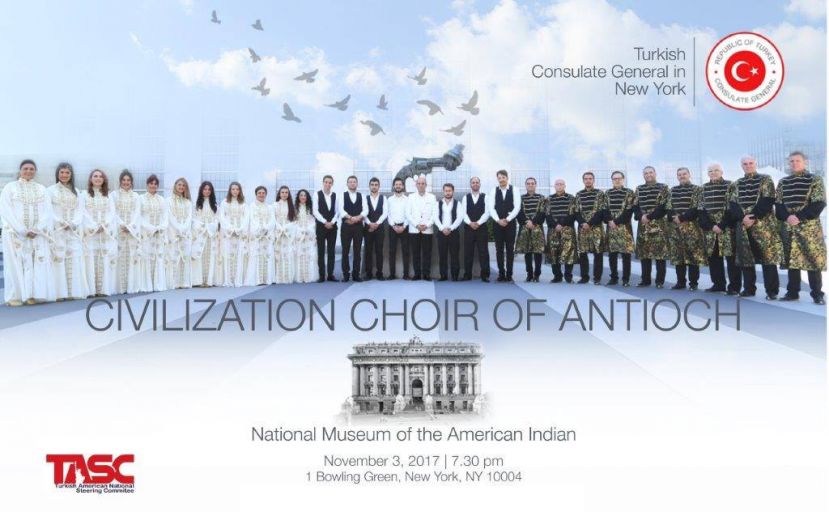 The many civilizations that flourished on the Anatolian Peninsula for centuries today constitute 80 million Turkish citizens of diverse ethnic and religious identities. The city of Antioch, which has thrived with its Jewish, Christian and Muslim communities. symbolizes peaceful solidarity based on religious and cultural harmony. The Civilization Choir of Antioch, comprising Muslim, Christian, Jewish, Turkish, Arab, Kurdish and Armenian priests, imams, rabbis, nuns, teachers, students and senior citizens, transcends basic interfaith dialogue, and celebrates a progressive dialogue of diversity through the universal language of music and chorus. The Choir sings in six languages, and has given over 100 concerts in Turkey, New York, Berlin and Paris since being founding in 2007.

For free ticket register at https://www.eventbrite.com/e/civilization-choir-of-antioch-tickets-39268097938?aff=es2