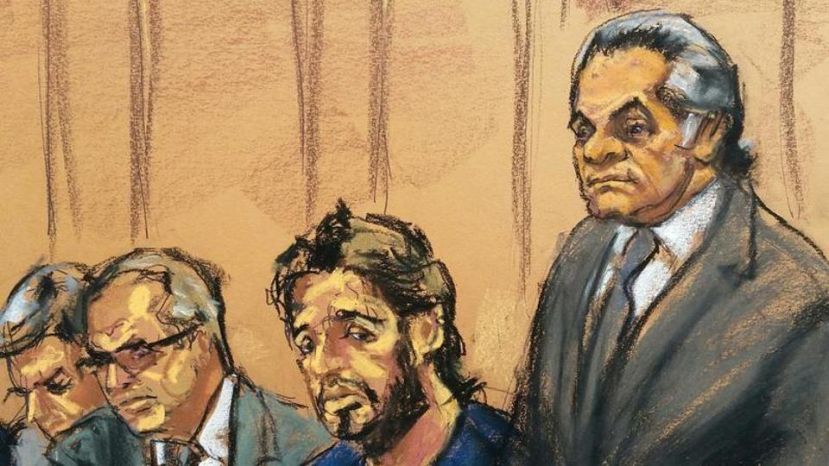 Zarrab said he worked with Halkbank from 2012 to 2016 to help Iran spend its oil and gas revenue abroad using fraudulent gold and food transactions.

Halkbank said last week that it had not taken part in any illegal transactions.

Under questioning by Fleming, Zarrab said he attended meetings with Atilla a "handful" of times during that period.

He said he had a "close relationship" with Suleyman Aslan who was Halkbank's general manager and Atilla's superior until 2013.

Zarrab said he sometimes complained about Atilla to Aslan.

Zarrab had testified earlier in the case that he complained to Aslan when Atilla refused to sign off on a transaction related to a sham sale of food to Iran.

Under direct examination last week, Zarrab testified that at that time, Atilla did not know the transaction was a sham and so was confused by it.

Zarrab claimed he paid bribes to Aslan, repeating his testimony in direct examination, but never to Atilla.

Prosecutors have charged nine people in the case with conspiring to help Iran evade sanctions, but only Zarrab, 34, and Atilla, 47, have been arrested by US authorities.

Zarrab told the court that he had wanted to get out of prison from the first day of his incarceration and he had previously applied for bail. He also added that "he has a chance to negotiate for a bail" at the end of the trial.

Asked whether he cooperated with the prosecutor's office to "entrap some people to bring them to the United States and arrest them”, he said that “We have not done that kind of work for a specific person, but according to the deal that I made with prosecutor’s office, I have such an obligation.”

Fleming asked whether Zarrab’s lawyers had attempted to obtain a "political solution" in the US and Turkey for his release. Zarrab replied, "They have been working within legal frameworks."

Zarrab testified on Tuesday that in return for his guilty plea prosecutors said he would not be charged with lying to law enforcement officers after his arrest and smoking synthetic marijuana in jail.

He told the court that he admitted to US prosecutors that he had paid bribes in Turkey, mis-stated his Turkish income between 2002 and 2016 and procured prostitutes for other people around 2013.

He said prosecutors told him he would not be charged for those crimes because they were outside US jurisdiction.
Source: TRTWorld and agencies

More in this category: « Reza Zarrab Testifies for Seven Days in "US Against Atilla" Case Zarrab Acts As Witness During Atilla Trial, Cooperates with US Prosecutors »