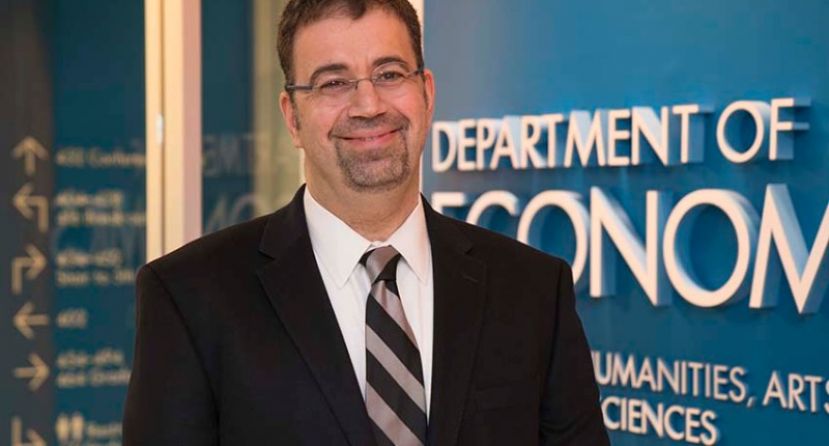 Nonetheless, resolving today’s predicaments could be more difficult than in the past, because most will have to be addressed through global governance, which is in short supply. True, globalization also contributed to rising inequality and the destabilization of national economies in the early twentieth century, and the Great Depression was very much a systemic crisis, originating in the United States and afflicting most other countries by way of international markets. But, ultimately, the fundamental problems that the interwar generation needed to fix were at the level of the nation-state.

Policymakers at the time recognized that macroeconomic instability, unregulated market economies, and mounting inequalities were the root causes of most of their problems. By experimenting with institutional remedies and formulating new ideas, they laid the foundation for the social-democratic welfare state. Macroeconomic management, progressive taxation and redistribution, minimum-wage laws, workplace safety regulations, government-provided health insurance and retirement benefits, and a social safety net for the least fortunate became the norm.

The modern welfare state first took shape in Scandinavia – most notably in Sweden after the Workers Party’s first electoral victory in 1932 – and was further enshrined in the United Kingdom’s 1942 Beveridge Report, which offered a comprehensive institutional outline even as World War II was still raging. Over the course of the following decade, similar visions were articulated across continental Europe. In each case, the policies being proposed lay fully within the purview of national governments, and could be designed in such a way as to strengthen democracy and marginalize the political forces that had led to two world wars.

Of course, the imperative to maintain peace went beyond national borders; but that project started with ensuring macroeconomic stability and shared prosperity at the national level. As Immanuel Kant had prophesied in 1795, robust democracy at home would engender cooperation abroad.

But post-war leaders pinned their hopes on more than Kant’s theory. In Europe, they forged new supranational institutions, starting with the European Coal and Steel Community, established by the 1951 Treaty of Paris. These arrangements worked exceptionally well, ushering in four decades of democratic flourishing, international peace, macroeconomic stability, and widespread prosperity. Never before have so many countries enjoyed such fast, broadly shared, and simultaneous economic growth.

The question for today is whether this glorious post-war achievement can be repeated. Will the pandemic be the wake-up call that prompts democratic governments to develop a new social contract for the twenty-first century? Yes, but only if we come to grips with the global nature of today’s crises – not just COVID-19, but also climate change, the threat of nuclear war, and other shared risks.

On the issue of climate change, national solutions are simply insufficient at this point. And the situation may be even worse with respect to the nuclear threat, considering that this category of existential risk is being intensified by the ongoing expansion and “modernization” of existing nuclear arsenals.

Moreover, many other problems that appear national are ultimately global. Consider inequality, the three major causes of which are globalization, automation, and the growing power imbalance between capital and labor.

Globalization has contributed to the problem partly because its rules have been written to benefit business owners, financial capital, and high-skilled workers over everyone else. For example, labor-intensive products can be manufactured in countries where collective bargaining arrangements are weak or non-existent, such that wages are systematically repressed. No single country wholly controls the rules that allow such outsourcing and offshoring, and most do not have the option of isolating themselves from globalization.

Similarly, while national governments can influence automation through tax and regulatory policies, their control is ultimately limited. If the Chinese or US government is pressuring multinational companies to develop more powerful surveillance technologies, and if Big Tech’s priorities lie in relentlessly substituting algorithms for human workers, these trends will determine the trajectory for the entire world. While the tendency toward labor-replacing automation has already inflicted major costs on advanced-economy workers, it threatens even greater pain for developing countries, where abundant labor is the chief production input.

Finally, there are very few ways for labor to regain its bargaining power when the constant threat of capital flight has tied national policymakers’ hands. Even if national governments were to raise taxes on capital above the current meager levels, much of the hoped-for revenue would be funneled elsewhere through accounting tricks and offshore tax havens.

Dani Rodrik of Harvard University has argued that limiting economic globalization can create more room for national macroeconomic policies. But curtailing globalization would not reduce the scale of global problems. On climate change, the nuclear threat, and many other issues, there is no choice but to formulate global solutions through multilateral institutions.

The experience of post-war Europe shows that to build effective institutions, there first must be a shared vision. Yet that is precisely what the international community currently lacks. Making matters worse, already weakened multilateral institutions are likely to suffer even more in the near future, as the allocation of COVID-19 vaccines deepens existing fault lines between countries and regions.1

We could have avoided the governance failures that brought us to this point. Despite ample warning, we have yet to take seriously, let alone prepare for, the global challenges that await us. The interwar generation might be underwhelmed by our current problems. But it would no doubt be impressed by the mess we’ve created for ourselves. (Source: https://www.project-syndicate.org/commentary/failures-of-global-leadership-on-climate-change-nuclear-war-inequality-by-daron-acemoglu-2020-09)

* Daron Acemoglu, Professor of Economics at MIT, is co-author (with James A. Robinson) of Why Nations Fail: The Origins of Power, Prosperity and Poverty and The Narrow Corridor: States, Societies, and the Fate of Liberty.