Vice President-Elect Kamala Harris today announced 3 new White House senior staff  who will work on her team. The wife of Turkish-American Ozkan Sedat Kosoglu was Sri Lankan-born Rohini Kosoglu will be working for Kamala Harris as  Senior Advisor for Domestic Policy
"Serving as my Domestic Policy Advisor will be Rohini Kosoglu, who is not only an expert on some of the most important issues facing the American people, but also one of my closest and most trusted aides from the Senate and presidential campaign,” said Vice President-elect Kamala Harris.
Turkish-American, Ozkan Sedat Kosoglu ,the wife of Rohini Kosoglu,  a software engineer at TransitScreen.He has a MS-Computer Science from Georgia Institute of Technology.He is from Vize, Kırklareli.
The Couple married on June 25th, 2011 and have three sons.
***Turk of America congratulates Rohini Kosoglu for her new position at White House.We wish her lots of success and happiness in your new job.
Rohini Kosoglu, Domestic Policy Advisor to the Vice President
Rohini Kosoglu currently serves as Senior Advisor to Vice President-elect Kamala Harris on the Biden-Harris Transition Team and previously served as Senior Advisor on the Biden-Harris Campaign. Before that, she was a Spring 2020 resident fellow at the Institute of Politics at the Kennedy School of Government at Harvard University. Kosoglu has a dedicated career in public service and was the first South Asian American woman to serve as Chief of Staff in the United States Senate. She served as Vice-President Elect Harris’ Chief of Staff for her Senate office and later for her presidential campaign. Before that, she was Policy Director for U.S. Senator Michael Bennet of Colorado, where she oversaw economic, health care and budget issues. She has negotiated several bipartisan bills into law and served as a senior health care advisor during the drafting and passage of the Affordable Care Act. She also previously served as a legislative aide to U.S. Senator Debbie Stabenow of Michigan. Originally from New Jersey, Kosoglu is a graduate of the University of Michigan and George Washington University and is a mother to three young children. 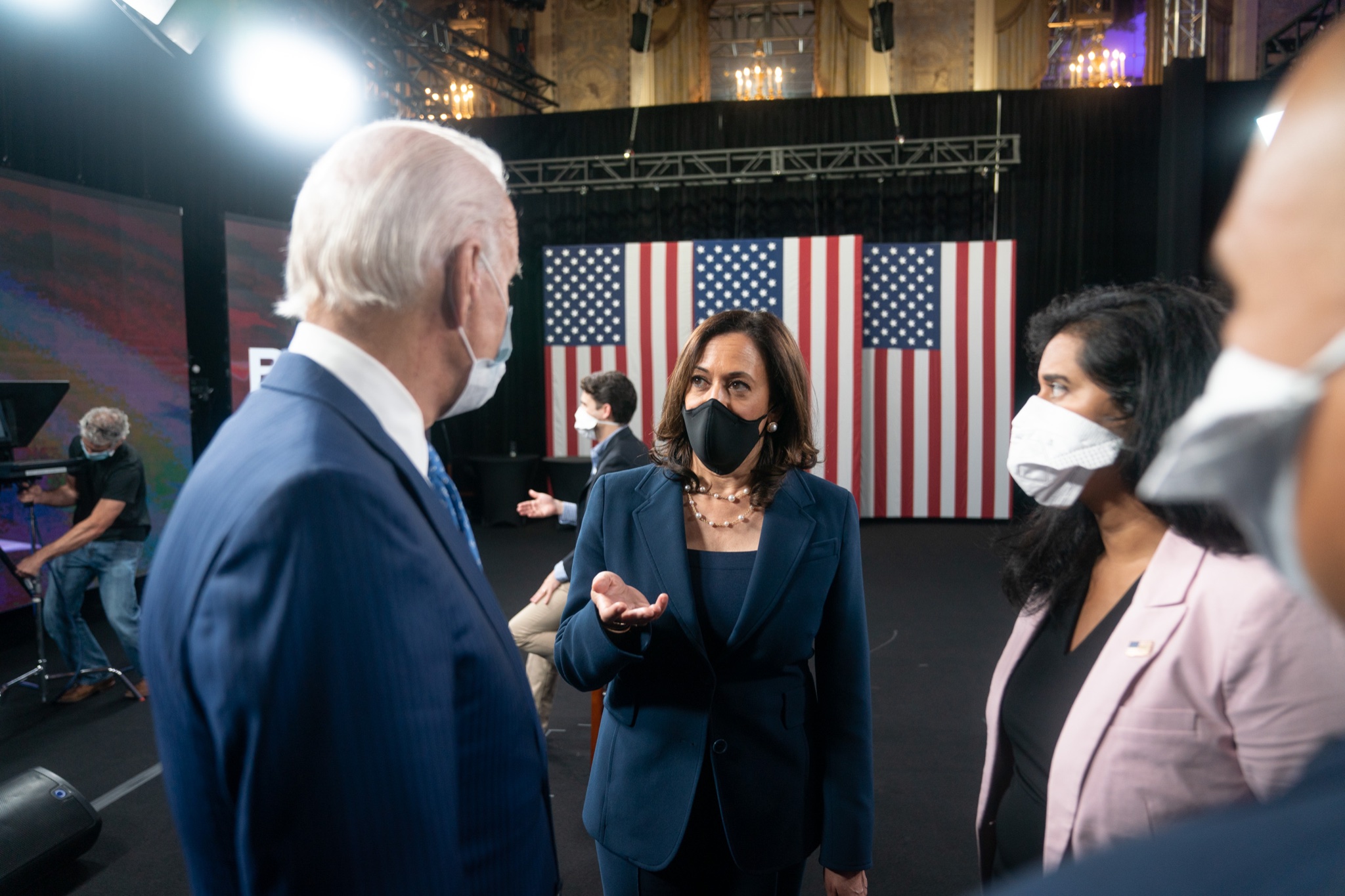 More in this category: « President-Elect Biden: "I'm going to shut down the virus, not the economy." Green Card Holders Message to President Biden »