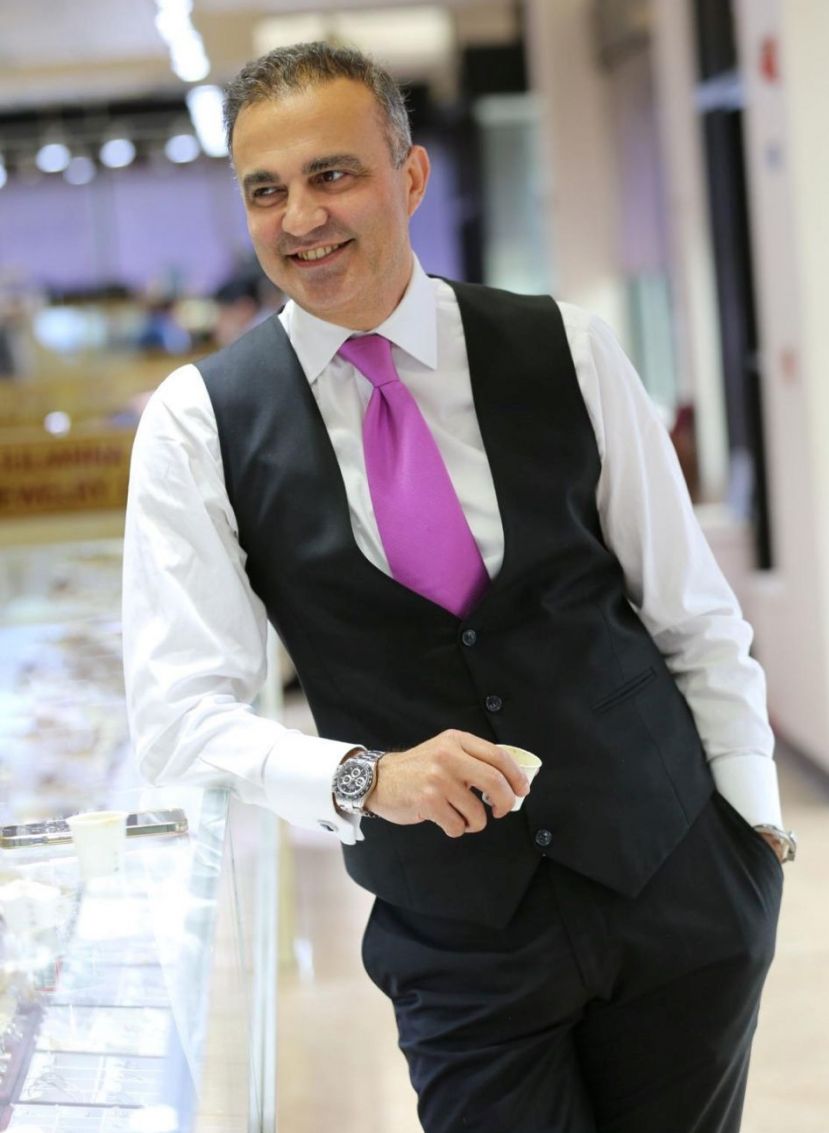 By Cemil Özyurt - We have left behind 20 years in publishing. There is no such continuity in publishing life in America. Since the beginning, migration stories have always intrigued me. The United States is a country of immigrants, and every immigrant has a story worth telling. In New Jersey, especially in Bergen County, I have been meeting Syriacs for many years. I've had good friendships. For a long time, I wanted to draft the story of the Syriac community in America in a special issue. I first told this intention to Erol Devli, one of the leading figures of the society. The aftermath came by itself anyway. I reached out to names that were respected in society. Cebrail (Gabriel) Akyön, one of the leading names in the Syriac community, helped me meeting many names at St. Gabriel Church in New Jersey. And a subject has emerged that has never been covered by any media outlet in the U.S. to date: the Syriac Community in America.

The Exchanges where the jewelry shops in New Jersey, which we can call Mardin in America, are located most often are the places where you can see the many members of the Syriac society. Syriacs, who taught Turkish craftsmanship to American jewelry buyers, immigrated to the United States in different waves from the 1970s onwards. In the 1990s, immigration intensified. In fact, the first Syriac to step into the U.S. came in the 1840s. Hacı Yakup from Diyarbakır and Haji Thomas Ovanis from Harput are the first two Syriacs known by name. The first Syriac immigrants came to Worcester, MA in 1886.

Syriac society suffered two major disasters that led to migration during the Ottoman Empire. These disasters, which they called 'Seyfo' (Sword) from their own literature, took place in 1895 and 1915. The Syriacs, who were attacked by the Kurds in the region in 1895, started to migrate in those years. The decision of forced migration applied to Armenians in the 1915 Armenian deportation also hit the Syriacs. Many had to leave their lands. They opened their first church in America in West New York, New Jersey in 1927.

Around 40,000 Syriacs live in America. New Jersey, Rhode Island, California, Southfield (Michigan), Chicago (Illinois), West Roxbury (Massachusetts), Portland (Oregon) and Long Island (New York) are the places where they live mostly. The majority of Syriacs are from Mardin. However, there are also those who are from Diyarbakır. They usually operate in the jewelry industry. However, names that make a name for themselves in different industries are more and more common every day. Jennifer & Nebil (Bill) Aydın, whom we featured on our cover, are among them. Jennifer has been the star of Bravo TV's The Real Housewives of New Jersey for five seasons. Nebil (Bill) Aydın is one of New Jersey's best-known plastic surgeons.

In this issue, we hosted the interesting names of the Syriac society on our pages. The first Syriac mayor Mike Ghassali, the Mayor of Montvale, the first police lieutenant Yakup Zoklu of Cliffside Park, NJ, Anton George Kiraz, who dedicated himself to researching the past of the Syriac community and keeping the language of Aramaic alive, Attorney Jack Darakjy, one of the best names who know very well in the past of the Diyarbakır Syriacs, Aziz Hadodo, the priest of St Gabriel Church, the Syriac artisans at Woodbridge, Paramus and Totowa Jewelry Exchange.

You will notice that the visual content of this issue of our magazine has become even richer. The reason for this is that Koray Kasap, one of Türkiye's most famous photographers, has joined us. Koray Kasap is potentially one of the most famous and talented Turkish American photographers in 21st century joined to TURKOFAMERICA team as a creative art director and lead photographer. Kasap has worked as both an image maker and a photographer for several well-known Turkish singers, TV stars, model, and artists such Tarkan, Mazhar-Fuat-Özkan, Müslüm Gürses, Ahmet Kaya, Kenan Doğulu, Cem Yılmaz, Yılmaz Erdoğan, Bayezıt Öztürk. After moving to the United States in 2017, Kasap also worked with Hollywood stars Sylvester Stallone, Whoopi Goldberg, and Jason Statham. Most recently he shot photos of Netflix movie which was shot in New York, Kıvanç Tatlıtuğ and Beren Saat have leading roles.

Hope it is a number that you will enjoy reading. I would like to thank especially Erol Devli, Cebrail Akyön, Sercan Zoklu, Erol Dar and Ferit Cankurt, who contributed with their ideas to the preparation of this magazine.

More in this category: « March unemployment rate hits 4.4 % in the U.S