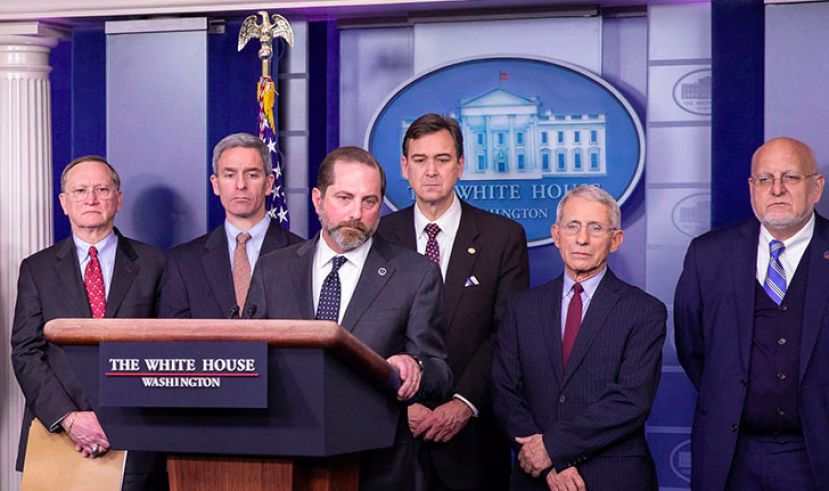 White House officials held a briefing on Friday stated that the risk to Americans was “low,” and they wanted to keep it that way. Secretary of Health and Human Services Alex Azar said that President Trump signed an order for the U.S. to deny entry to any foreign nationals who have traveled in China within the past two weeks, aside from the immediate family of U.S. citizens.

White House officials said that they were taking further steps because it was found that coronavirus can spread by people who show no symptoms, making it much harder to contain.

Another speaker at the White House Press briefing Dr. Robert Redfield, Director of the Centers for Disease Control and Prevention, discussed the current situation on the novel coronavirus. “The risk to the American public currently is low. Our goal is to do all we can do to keep it that way. As of today, there are nearly 9,700 cases in China, with more than 200 deaths. Additionally, currently, there are another 23 countries that have confirmed, totally, 132 cases — twelve individuals who were confirmed in six countries who did not travel to China.

6 Confirmed Cases and 191 people in the U.S. are being investigated for the disease.

“To date, we have confirmed six cases of this novel virus in the United States.I want to emphasize that this is a significant global situation, and it continues to evolve,” said Dr. Redfield.

Dr. Anthony Fauci, Director of the National Institute of Allergy and Infectious Diseases, stated that the issue now with this is that there's a lot of unknowns. He highlighted that they were not sure if there were asymptomatic infections, which would make it a much broader outbreak than what we're seeing.

Deputy Secretary of State Steve Biegun also explained the role of the Department of State in the proceedings of this task force and our contributions. State Department’s first responsibility is to monitor events on the ground in China where they have the presence of U.S. diplomats and to give clear and accurate advice to American citizens and, in particular, American travelers considering visiting or staying in China. The second responsibility that Deputy Secretary of State said that is to assist U.S. citizens in the affected areas as much as possible. Lastly, the core mission of the Department of State is to work closely with our international partners.

Acting Deputy Secretary of the Department of Homeland Security Ken Cuccinelli also explained the situation from the custom border perspective.TSA, the security, and the engagement with the airlines are critical. Our chief medical officer in the department is in CWMD, and we were providing medical support at the airports. “ Mr. Cuccunelli said. He also added that FEMA continues to prepare and support HHS preparations themselves.DHS will be implementing a funneling effort at the airports. It will be done under the authority of the Customs and Border Protection, and it will include seven airports. Incoming flights from China will be funneled through seven airports starting by 5.00 pm on Sunday, Eastern Time,. Those airports are JFK, Chicago's O'Hare, in San Francisco, Seattle, Atlanta, Honolulu, and LAX.

The number of confirmed cases of the novel coronavirus in China climbed to more than 11,800 as of Saturday morning,

Many countries airlines announced that they stop flying to China for at least a month. American Airlines, Delta, and United would suspend all remaining service to mainland China after a State Department warning put a damper on demand for flights there.

Big Fear at the Fortune 500 Companies-Negative impact on global trade?

Many American companies announced that they gave an order to restrict restricted their employees’ Chinese business travel. There is a big fear that global trade would be affected negatively.

President’s Presidential Proclamation, using his authority according to Section 212(f) of the Immigration and National Act, temporarily suspending the entry into the United States of foreign nationals who pose a risk of transmitting the 2019 novel coronavirus.

Its hardware products include the website, web design, online e-commerce, desktop application, smartphone, the tablet computer, the smartwatch and the digital media player.

Andromeda was founded Bayram Altinisik on Semptember 14, 2013 to develop and sell software. 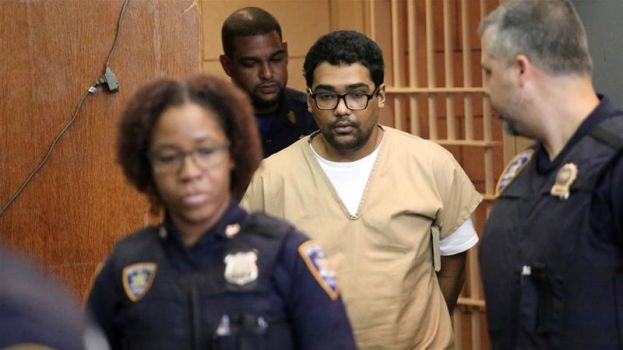 In a blockbuster decision, the Miami City Commission wants to kill the deal with Flagstone Property Group to build a $1 billion mixed-use project on Watson Island. During a special meeting on Tuesday, commissioners voted 5-0 to declare the developer in default of a ground lease allowing Flagstone to build two hotels and a luxury mall with roughly 221,000-square-foot retail and restaurant space that would complement a megayacht marina completed in 2015.

Four years after going into contract, a mystery buyer shelled out nearly $48 million for the priciest penthouse at Alexico Group

CLIFTON, NJ June 21, 2017 Comodo, a global innovator and developer of cybersecurity solutions and the worldwide leader in digital certificates, announced today the appointment of Carlos Solari as vice president of cyber security services.

The United States Citizenship and Immigration Services issued three years of EB-5 visa data this week, confirming what was already known to many in the industry: big city regional centers servicing developer clients dominate the field for investors looking to immigrate to the U.S. Between 2014 and 2017, USCIS approved more than 26,000 petitions for visas nationwide and rejected 3,313, its data show. The overwhelming majority of regional centers saw 100 or fewer petitions processed during the period. EB-5 visa issuance is currently capped at 10,000 new investor visas annually.

According to the latest numbers from the United Nations, a record number of people

Flagstone Property Group has filed $122 million lawsuit against the city of Miami. The suit was filed one day after commissioners unanimously declared the developer in default of a 99-year ground lease that would allow Flagstone to build its luxury hotel and marina complex, and claims the city breached agreements with the developer causing them to lose millions in investments, according to the Miami Herald.

U.S. Congress created the EB-5 Program in 1990 to stimulate the U.S. economy through job creation and capital investment by foreign investors. In 1992, Congress created the Immigrant Investor Program, also known as the Regional Center Program. This sets aside EB-5 visas for participants who invest in commercial enterprises associated with regional centers approved by USCIS based on proposals for promoting economic growth. We talked about EB-5 Visa with an expert, Marko Issever, Managing Director of Riverside Management Group, a merchant banking boutique.

Markets in Colorado and the Carolinas are drawing the most potential home buyers, according to data released recently by ATTOM Data Solutions. The property data company analyzed mortgage applications to create its